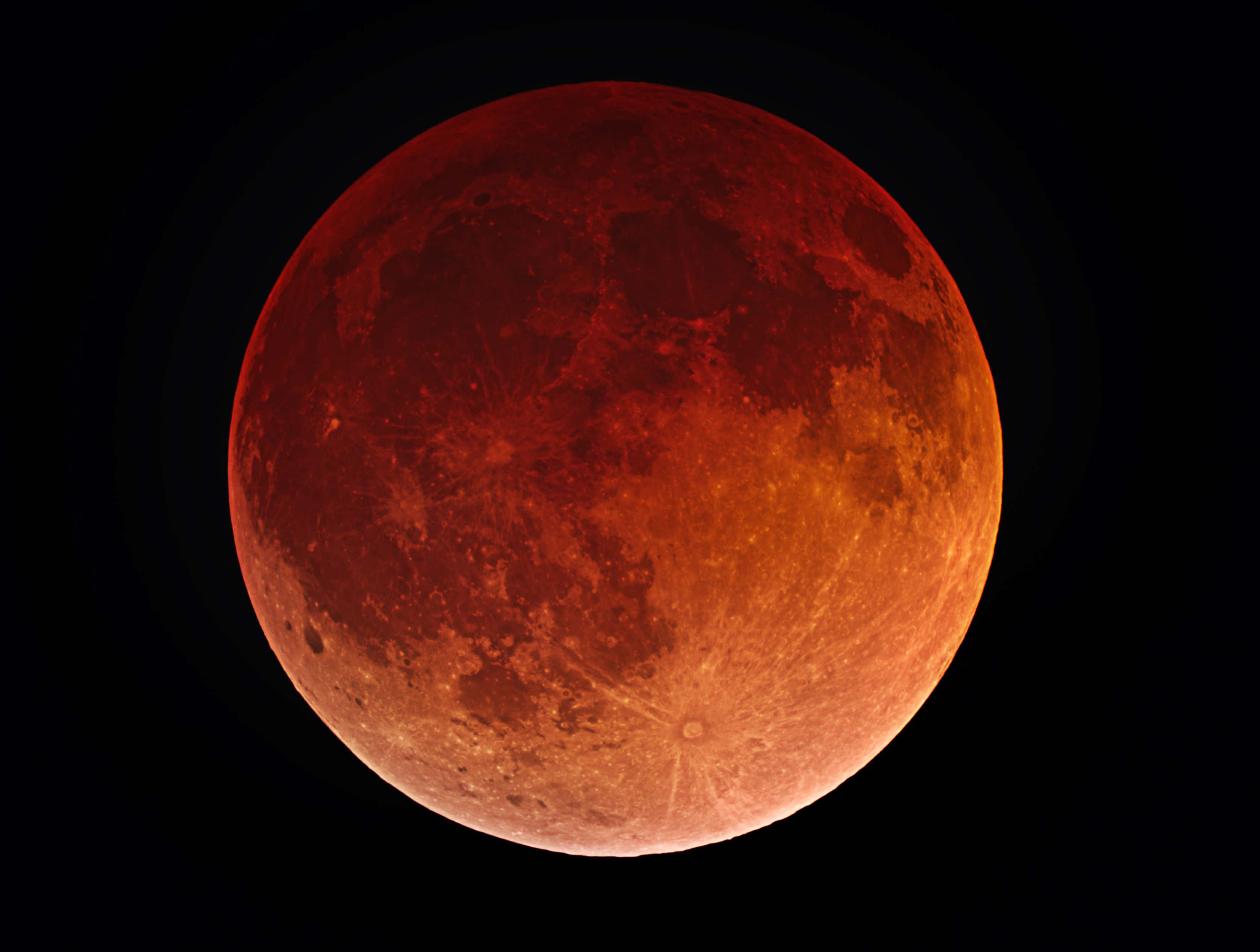 Fox News - A newly published study notes that the moon is "rusting," leaving experts perplexed by the discovery.

The research, published in Science Advances, notes that the rust may be a result of water discovered on the moon, but it's still shocking, given the lack of oxygen and dearth of water on Earth's celestial satellite.

"It's very puzzling," the study's lead author, Shuai Li of the University of Hawaii, said in a statement. "The moon is a terrible environment for hematite to form in." …

"Although oxidizing processes have been speculated to operate on the lunar surface and form ferric iron–bearing minerals, unambiguous detections of ferric minerals forming under highly reducing conditions on the Moon have remained elusive," the researchers wrote in the study's abstract. "Our analyses of the Moon Mineralogy Mapper data show that hematite, a ferric mineral, is present at high latitudes on the Moon. …

"At first, I totally didn't believe it. It shouldn't exist based on the conditions present on the moon," study co-author, NASA JPL planetary geoscientist Abigail Fraeman, added.

Thanks for nothing, 2020. Like everything wasn't enough of a calamitous, worldwide goatfuck on our end down here, now you have to go and ruin one of our top three favorite celestial bodies. Even though it's so chemically and astronomically impossible that even our literal rocket scientists can't make sense of it.

Say what you will about how we've messed up Earth, but at least we managed to keep the moon looking good. In fact, it's been a real showpiece of the entire solar system. Someone might come visit the planet from another star and wonder why we're clear cutting the rainforests and where all the whales are disappearing to. The moon was giving the place some curb appeal. The only thing we'd left on there was a few landing/launch pads, a couple of moon buggies and some of Buzz Aldrin's jizz (because you can't stop or even hope to slow down his mighty testicles.) We took pride in its appearance. In fact, it's one of the nicest natural satellites in the whole solar system. Way better looking than Io, Ganymede, Triton or any of those podunk, white trash garbage rocks spinning around Uranus.

Now it's just going to be another rust bucket. An eyesore driving down the property values like the decaying hull of a 1982 Chrysler K-Car in the side yard. And we'll have no choice but to stare at this monstrosity for all eternity. Good like writing a decent romantic song lyric about the moon when it's the color of an condemned bridge. Or getting your girlfriend into the mood for some car sex when you're parked on a hill looking up at thing that looks like an old barge that needs to be scuttled or sold for scrap. But these are the days we find ourselves living in. At this rate, we'll be lucky to still have a galaxy by the time this year is done messing with us.