NY POST — Passengers aboard an Allegiant Air plane reacted in disbelief when a man was kicked off the flight after apparently telling a flight attendant to wear a face mask, according to a report.

“I just asked somebody to put on their face mask,” the man is heard saying Monday in a viral video shot by a fellow passenger on the tarmac in Punta Gorda, Florida, Newsweek reported.

No I didn't mess up that headline. I did not get the order wrong. I am a fuckin idiot but not in this one specific instance. Yes it was the passenger of the plane who told the flight attendant/authority person to put THEIR mask on and follow THEIR own rules. The flight attendant profusely apologized for the lapse in memory, promised it wouldn't happen again as the captain thanked the man for his service keeping everyone safe (???) on board his aircraft.

Just kidding Mr Peterman got his old ass got booted off the plane.

The footage shows an airline employee — who is wearing a mask — repeatedly telling the man, whom she refers to as “Mr. Peterman,” to get off the plane.

“Either you come off or I get the law enforcement,” she tells him to the amazement of other passengers. 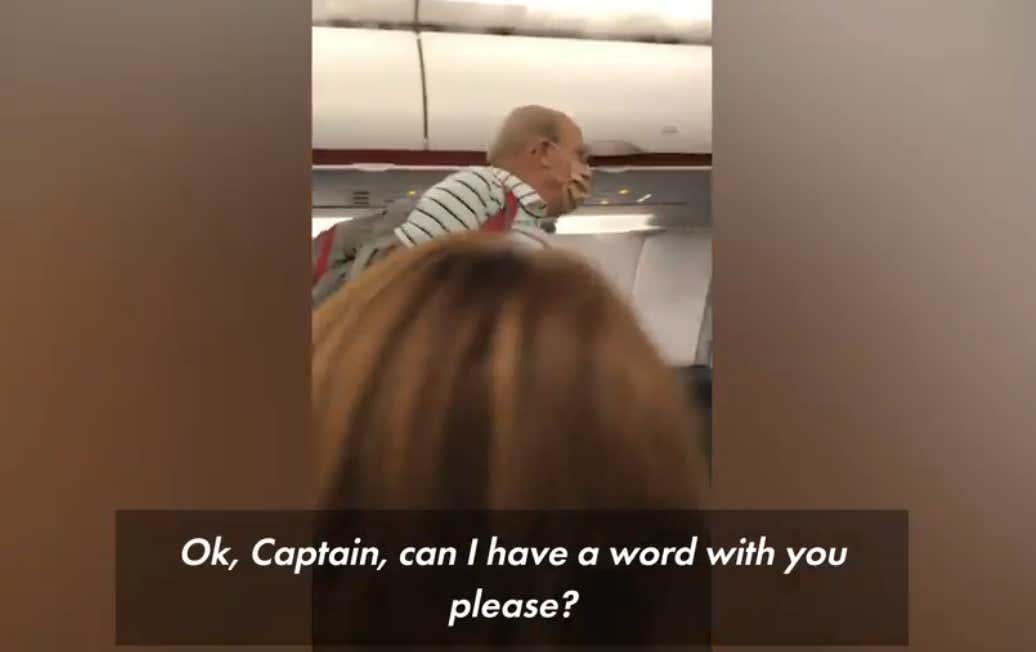 (Can I have a word with you please? is the old man version of Come at me Bro, you ever hear an old white man asking for a word you take cover immediately if you're not prepared for the smoke )

As weird as it felt typing "authority figure" next to flight attendant, anyone who has ever stepped foot on a plane knows those FAs sure wouldn't argue with the label. Stewardesses got upgraded to Flight Attendants and got drunk with power.  Passing out tomato juice cans and 14 dollar nips of Dewars and they're like a branch of the police force if you ask them.

Old Man Peterman must have hit a nerve because Allegiant Flight Attendants have been getting narced up the asshole for struggling with the concept of following their own rules.