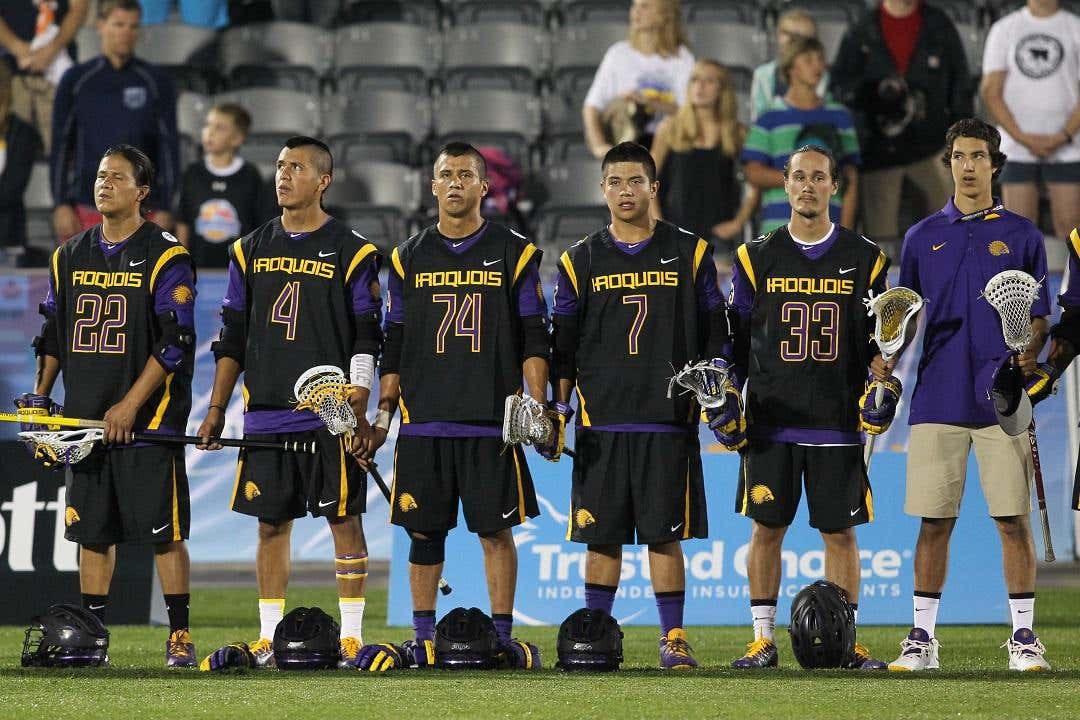 A couple months ago, World Lacrosse released the 8-team field for The World Games 2022 in Birmingham. These games would be considered as Olympic Qualifiers if lacrosse is able to be included in either the 2024 or 2028 Olympic Games. The sport is growing and there are plenty of international programs that are starting to put together some legitimate talent. But as far as international lacrosse goes for right now, it is USA, Canada and the Iroquois Nationals. When the original 8-team field for The World Games were announced, though, the Iroquois Nationals weren't included because World Lacrosse did not recognize them as their own nation. So not only are they one of the top 3 lacrosse playing nations in the world, but they also gave us the game in the first place. It was just an all around asinine decision by World Lacrosse to not figure out a way to include them in these games.

Luckily for the cowards at World Lacrosse, Team Ireland did the right thing for them and they decided to voluntarily vacate their place in the tournament to make way for the Iroquois.

I'll tell ya what, man. Between Notre Dame all handing in their jerseys to give up their spot to Rudy and now this, the Irish have to go down as the most selfless people on the planet. Ultimate Team Guys over there in Ireland. As Ferda Boys as one group of people could possibly ever get. And the crazy thing here is that Team Ireland would have had a legitimate chance to battle for that 3rd place finish at the tournament in 2022. It would come down to them, Australia and Israel. And they gave up that opportunity so that the Iroquois could represent the sport on the international stage. Such an unbelievable move by that team, and one that will have such a massive impact on the sport for generations to come.

Getting included in The World Games was the first step towards the Iroquois Nationals being able to play under their own flag at the Olympics one day. And it honestly wouldn't make any sense at all to have lacrosse in the Olympics without them. If the goal is to get as many people in the world watching the sport being played at its highest level, you can't showcase the game without one of the best and most electrifying teams in the world.

That is now a massive hurdle which has been cleared and it's all thanks to Team Ireland being the most selfless group of beauties on the planet.

Now we just have to hope that World Lacrosse figures out a way to do the right thing on their own for a change and still invite Team Ireland to compete in some exhibition games or something. This was an unbelievable move on their end, and they still deserve to get a couple of runs in at the World Games.