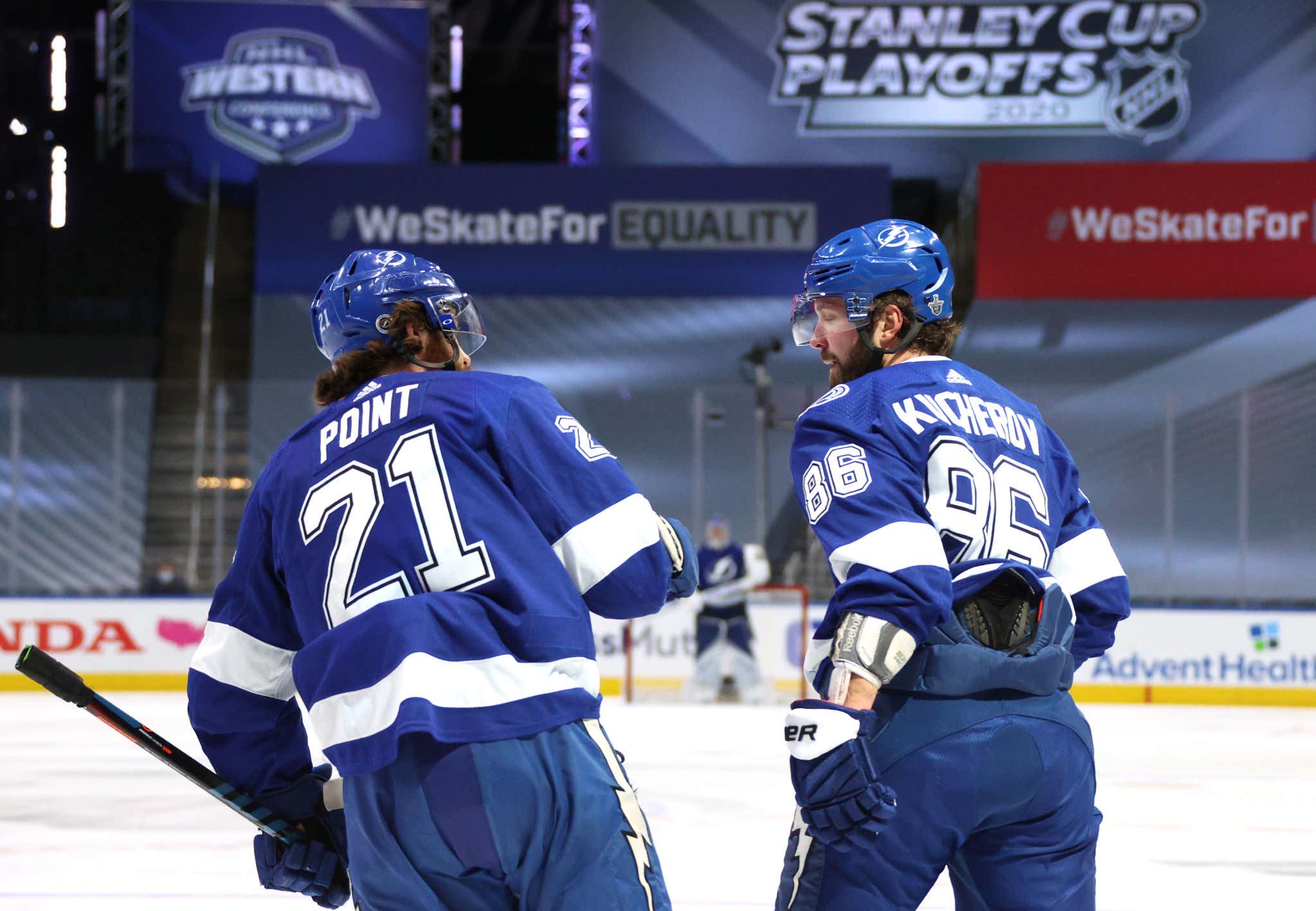 There's a lot of talk on the interwebs these days about some ALLEGED poop fetishes. This is a judgement free zone here so if that's your thing, then that's your thing. But if poop fetishes do, in fact, happen to be your thing? Well then I sure as heck hope you tuned into last night's game 1 of the Eastern Conference Finals between the Tampa Bay Lightning and New York Islanders. Because it appears as if the Lightning spent their time off between series crushing nothing but wings and IPAs.

And you want to know who I feel the worst for in all of this? Tampa Bay Lightning fans.

Hear me out here. I mean who are these fine folk ever supposed to be able to enjoy this team when they can't even figure out who their best player is. Is it Kucherov? Is it Brayden Point? Do you still have to consider Stamkos to be the top dawg on that team? Heck, you can even make the case for Hedman and Vasilevskiy if you really wanted to.

Do you realize how difficult life must be for them right now? How frustrating that must be? Every day has to be a constant struggle for them. Just a never ending debate that changes from game to game, period to period, shift to shift. Just a brutal way to go through all of this.

I mean LOOK AT THIS SHIT.

Insanity. A bouncing puck and Kucherov puts the perfect touch on it to hit Point in stride while he's on the move himself. That is sick, it is violently ill, it is incurable by modern medicine. And in the process, Kucherov has not so quietly become the the best playoff hockey scorer over the past 5 years. 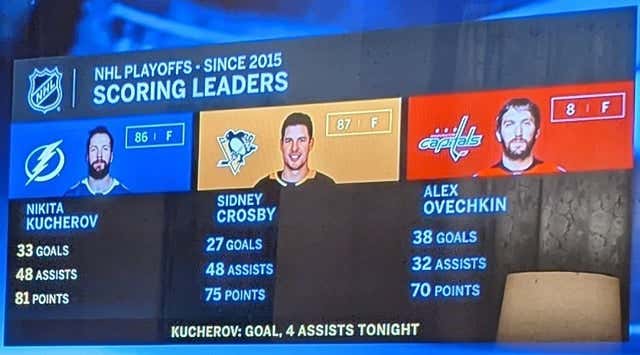 Can this sick bastard figure out a way to get himself to 100 points by the end of these playoffs? Only thing holding him back would be if the Bolts sweep the Islanders and then go on to sweep whoever comes out of the Western Conference. But as long as he gets 9 or 10 more games? Without a doubt. That freak.