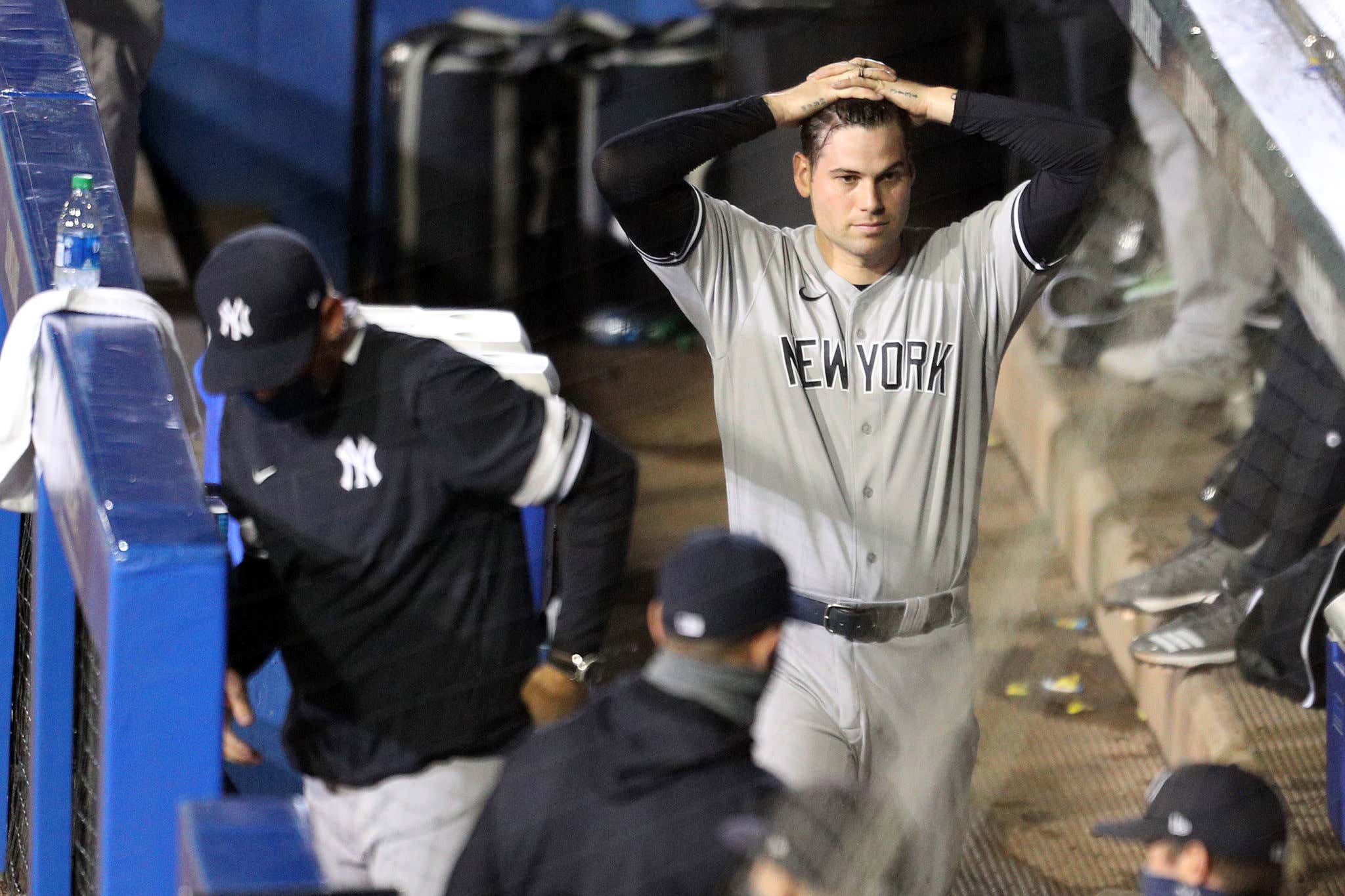 Every night this godforsaken team finds a new way to hurt me. The Yankees opened up Monday's game with back to back homers in the first inning. Despite handing back the lead a few innings later, the Bombers strung together four unanswered runs to take a 6-2 lead heading into the bottom of the 6th. Hope is the meanest cruelest thing in the world. It delay the inevitable sadness. All these idiots had to do was get 12 outs and you grab a huge win in Buffalo. This team actually looked competent for a few minutes and made me believe something was about to change. 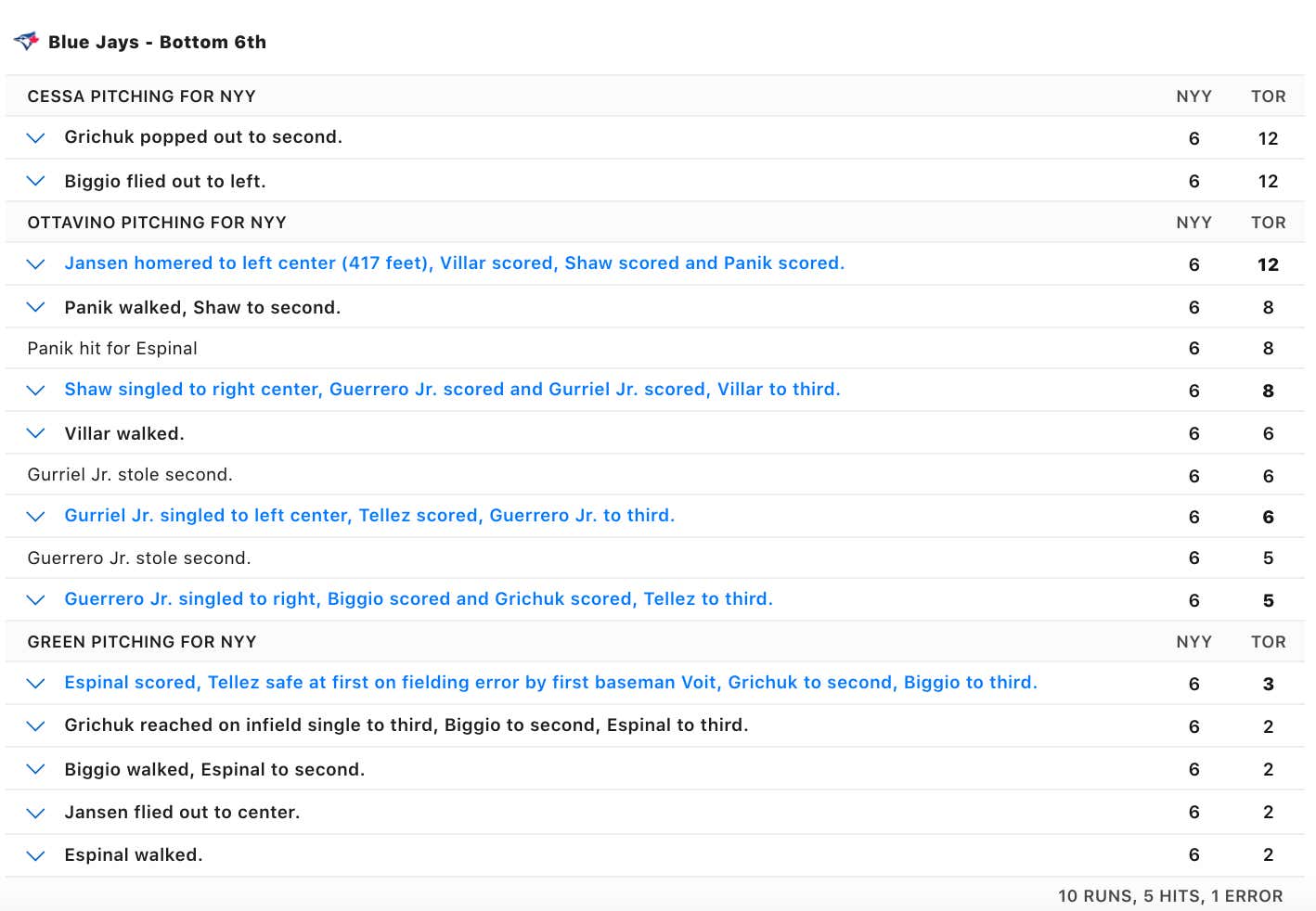 TENS RUNS IN AN INNING. Adam Ottavino didn't get one fucking out. Not one. Four hits, two walks. six earned runs. His ERA is up to 7.82 on the season. I mean what the fuck man? Chad Green wasn't much better, getting just one out in the inning, allowing four runs (three earned), on one hit, and two walks. Miserable. Absolutely miserable. You really just have to laugh at this shit. Enter the bottom of the 6th up 4, leave down 6. How does that happen?

I'm so sad. Sadness encompasses my entire body 24/7 these days. The Yankees started the season 16-6. They are now 21-20. It gets worse and worse by the day. The playoffs become less and less likely with each closing minute. The days they pitch they can't hit. The days they hit they can't pitch. Some days they can't do either. None of the days they do both. This team is playing the worst baseball in the sport.

They kinda came out with a purpose tonight and it all vanished in the span of a few innings. We could very well be staring at the first under .500 season by the Yankees since 1992. In my time on this Earth that hasn't happened. They're simply terrible. Just a terrible terrible group of baseball players that shouldn't be expected to win a single game moving forward.