This is hysterical. Joe West did in fact eject Nats GM Mike Rizzo from the game today. But the question is, "why?". The first I saw was he was arguing balls and strikes from his suite.

But then the rumors started circulating on Twitter and there's just no way this could be true….right?

Did he really call security from the field to eject Rizzo from his own suite where he's drinking a bottle of water by himself for not wearing a mask? If that's true that is the most 2020, ridiculous, yet hilarious ejection in baseball history. Especially because it's from Joe West, who looks like this while wearing a mask 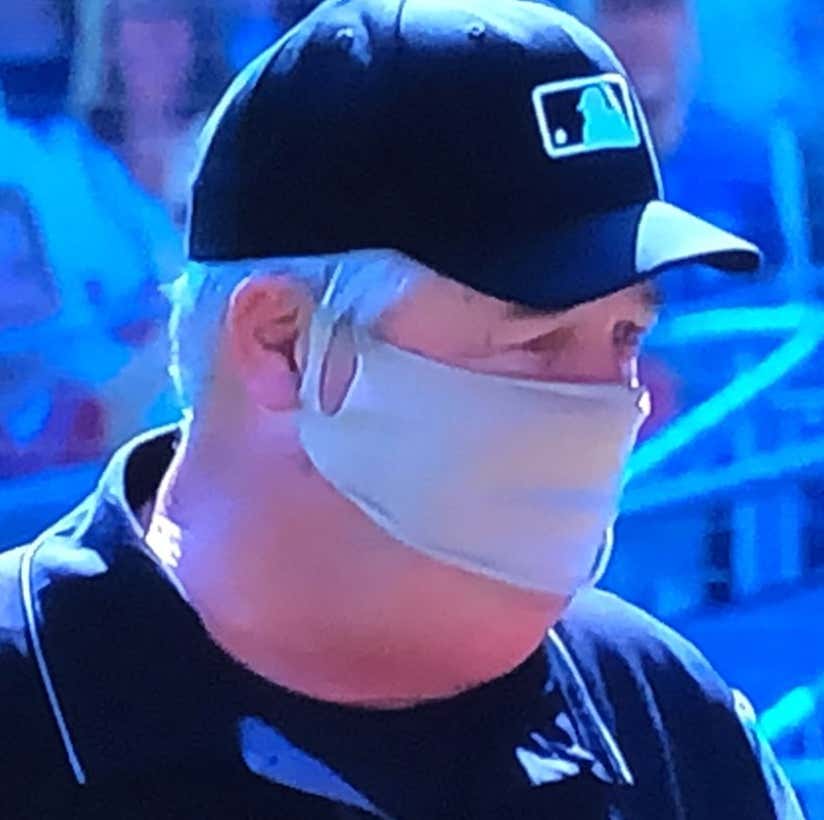 That's just not how a human face works.

Maybe he ejected him for arguing, but if it was really for not wearing a mask, in a 7-1 game, while Rizzo is the only person in the entire stadium, that is classic Joe West and we are blessed to be living while he is living too.