I mean holy moly!! Novak Djokovic, the clear favorite to win the US Open, was just defaulted from his match against Pablo Carreno Busta, after hitting a lines judge with a tennis ball in anger. Just insane insane stuff.

For anyone watching the video and not thinking it was that bad... first of all the poor woman was hit in the throat and had to be helped off the court. She had trouble breathing. I hope she's okay obviously. Second, this is how tennis works. It's one of their giant no-nos. I'm guessing a lot of non-tennis people will be confused by all of this, but that's the rule. If you hit a lines person like that no matter accidental or not, you get defaulted. There's a history of this with Serena and Shapovalov among others. You might watch that video and thinking a DQ is severe, but that's how it works. Novak knew it the moment he flicked the ball and saw where it was headed. Fuck this guy. Kick him off the tour! 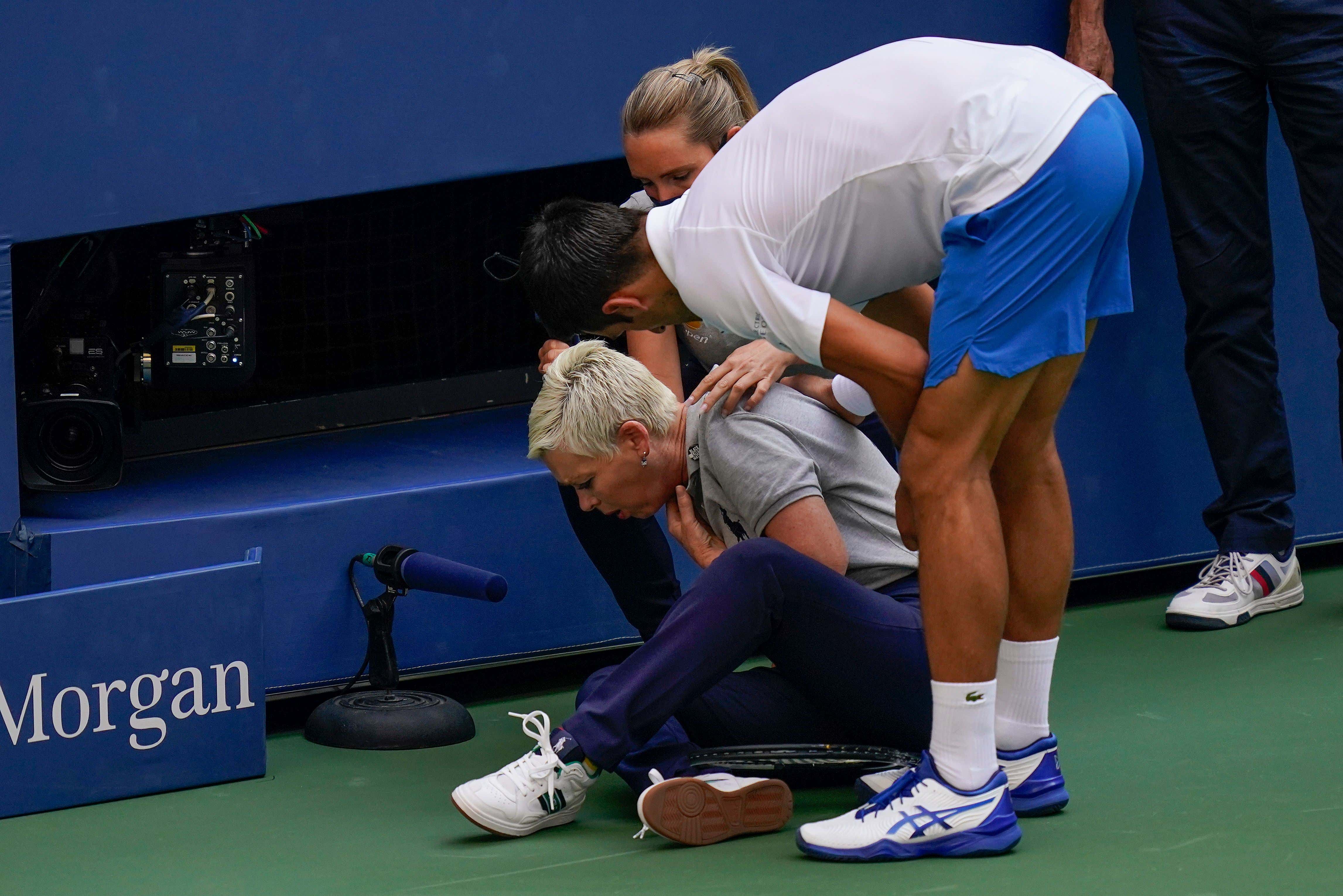 Can't have that in the beautiful game we call tennis. These good people risked their safety to be inside the tennis bubble and put on this tournament. Here's Novak injuring one of them because he wasn't playing well. Hate to see it. Couldn't have happened to a better guy either! HAHHAHAHA! Just a shame he's robbed of a chance to gain a slam on Roger. Real shame.

The US Open is now WIDE OPEN. No one left in the field has won a grand slam in their career. Absolutely insane. Djokovic was probably going to coast to his 18th slam. Now guys like Dominic Thiem, Daniil Medvedev, or even my guy Denis Shapovalov have a shot. Hell the American Francis Tiafoe has a shot. Crazy stuff.

P.S. I wish there was a crowd there solely for him to get the everlasting shit booed out of him.