A few quick thoughts on this wonderful announcement:

3. Thank GOD we are going to get some fresh Jeopardy games. Once Big Rona shut down sports pretty much overnight back in March, gameshows were the last bastion of fresh competitive content we had until things like The Dozen rose from the ashes to entertain us during quarantine. Being able to have something completely new to root for or a fresh batch of nerds to roast is something I will never take for granted again.

4. I'm not a Connect The Dots guy or a Conspiracy Theory guy, but this definitely feels like Ken Jennings being brought in like a puppy to play with an older dog as he pseudo auditions for Alex Trebek's job. And I am oddly okay with it. For all the shit I gave Ken Jennings and his weird little minions like KFC while rooting for my guy Big Brain James, I actually rooted for Jennings during his initial run and wanted him to keep winning forever. When the day comes that Alex Trebek no longer can or wants to host Jeopardy, I'd rather have an in-house familiar face take over instead of a stranger (unless that stranger is The Rock since I'll always pick The Rock over The Field no matter what). I would also be totally fine if Jeopardy ended once Trebek was ready to step out from behind the podium for good, but I imagine there are millions and millions of dollars that will ensure that won't happen.

5. All this completely plays into my theory that the Jeopardy GOAT Tournament was rigged to give Brad all the Daily Doubles thus neutralizing Big Brain James' biggest advantage and opening the door for Jennings to win it all since there's no way Jennings could become the next Jeopardy host while being known as only the 2nd greatest player ever. Again, not a Connect The Dots guy or a Conspiracy Theory guy, but when the dots connect to show a complete picture in 3D, I have to throw on my conspiracy theory tinfoil hat.

6. Speaking of tinfoil hats, I love the Tinfoil Tuesday Conspiracy episodes with Chief as well as the drafts, the interviews, and everything else Eddie does on The Dog Walk podcast. Dog Walk is currently my favorite podcast at Barstool as well as in the entire world and I'm literally a cohost on two other podcasts here. Download/Subscribe/Rate 5 Stars if you haven't already. Satisfaction guaranteed. 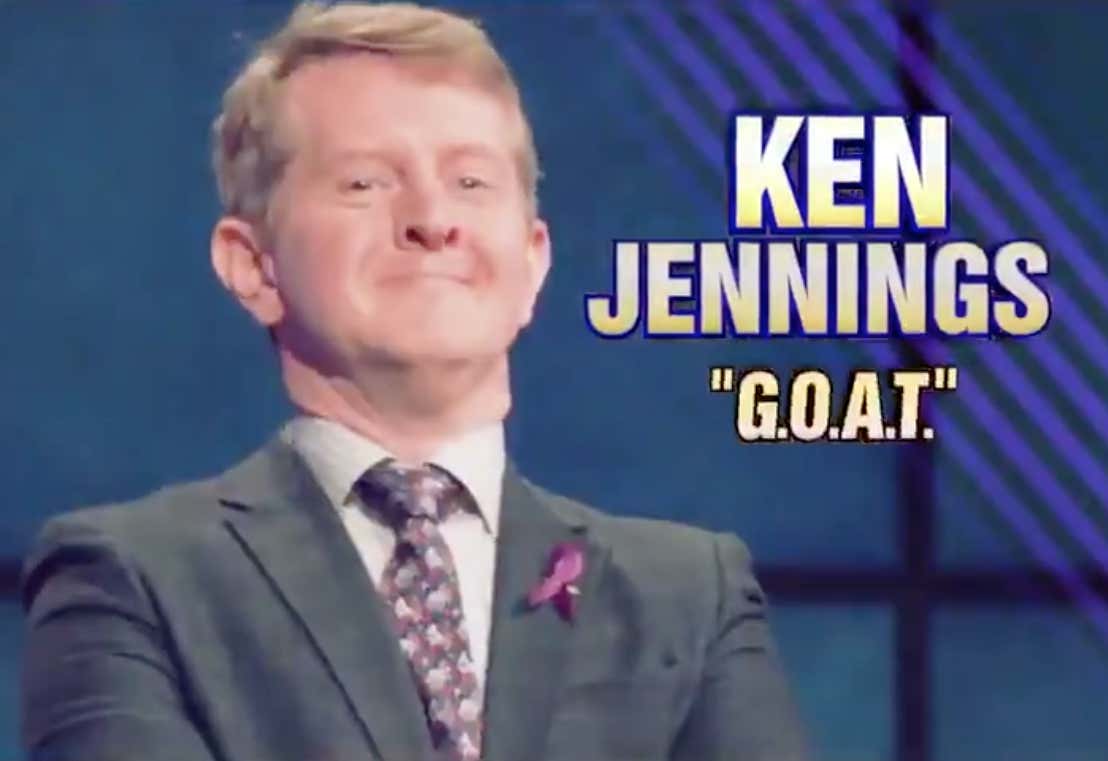 I'm just kidding, nothing but love for one of the best Jeopardy players to ever do it.

8. I cannot believe the Jeopardy GOAT Tournament happened this year. A game show in prime time had the entire country gripped like nothing I've seen since Who Wants To Be A Millionaire except everyone was commenting live on social media. 2020 had all the promise in the world and it flushed it down the toilet almost instantly.

10. September 14th seems like it should be no less than a month and a half away instead of a week and a half away. Can't wait to see what other twists the Powers That Be at Jeopardy have in store for us this season considering they did some fun stuff last season.