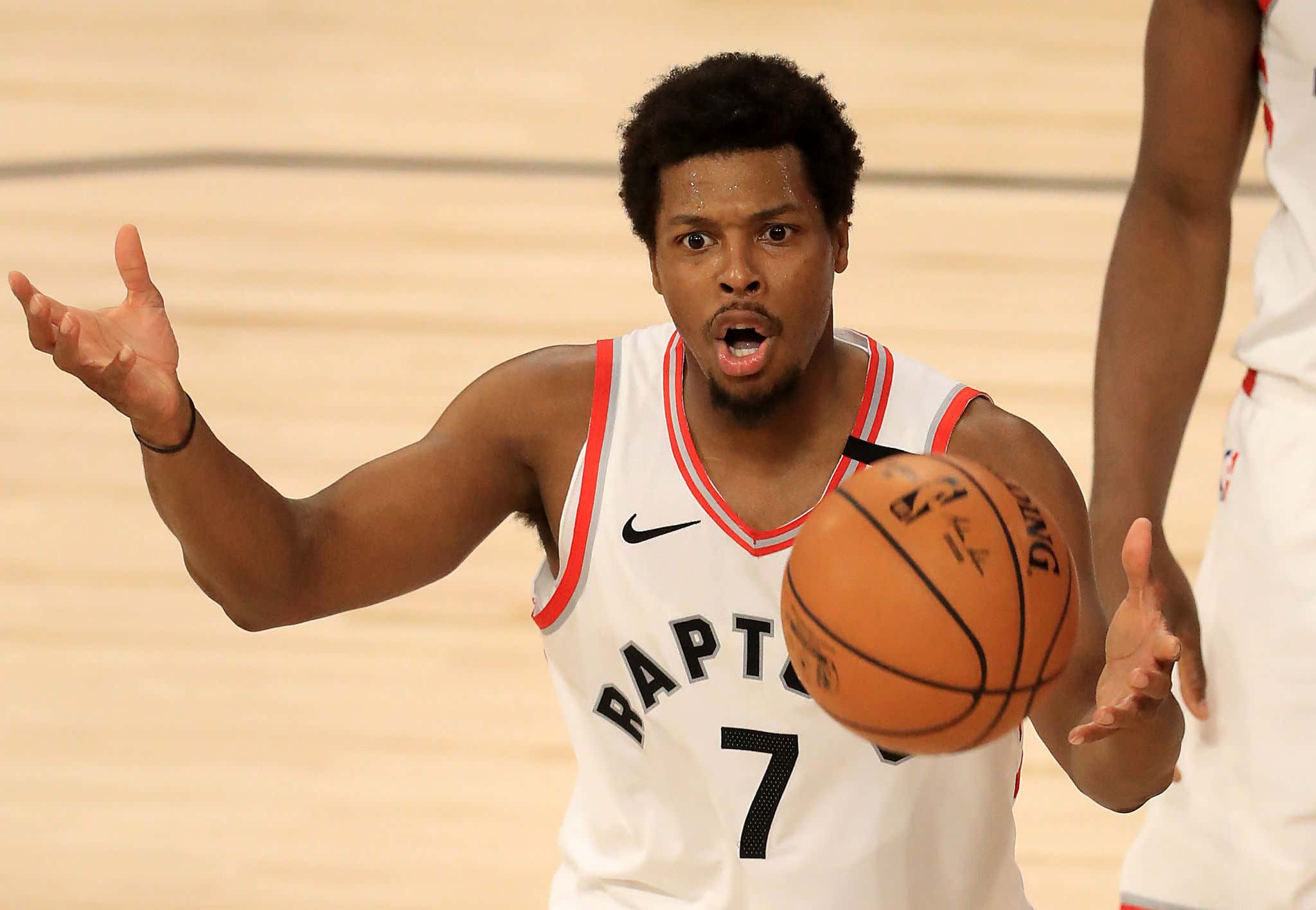 Another day, another great slate of bubble playoff games on the horizon. We finally have a day with two second round matchups and both should be pretty great. One team fighting for their playoff lives in one series and the all important Game 1 tone setter in the other. If the last few days have been any indication of what we can expect with tonight's action, we're in for a doozy. Let's get you ready.

Essentially, the Raptors are playing for their playoff lives tonight. You go down 3-0 against the hottest team in the bubble

and it's most likely going to be a wrap for you. The Raptors season basically comes down to two things in my mind.

1. Can their guards actually shoot well?

2. Will Siakam finally show up?

A quick look at Kyle Lowry (35/8%) and Fred VanVleet (28/21%) and Normal Powell (29/28%) and you can see why the Raptors are in this hole. They are just not shooting the ball anywhere close to their averages. You would think that comes back to normal at some point, but will it be too late? The Celts defense is legit at contesting and defending the three, but even still the Raptors guards have to be better. A whole lot better. This is especially true if they aren't going to score a ton of transition points. Their halfcourt offense is already bad as it is, but the fact that nobody has been able to make a shot is a big time issue.

And then there's Siakam. Raptors fans loved to pound their chest that he's better than Jayson Tatum…..well where is it? Not only is he averaging just 15 points on 34/14%, but he looks like he's never played basketball before. His offensive approach is predictable. They need to find ways to get him going for a full 48. I'm also not ruling out a little curveball from Nick Nurse and him starting Serge Ibaka. Marc Gasol has been brutal and Ibaka destroys the Celts and the Raptors need as good a start as possible.

For the Celts it all comes down to turnovers. Can we please have a game where they aren't careless with the ball and keep shooting themselves in the foot with live ball turnovers. You want to step on the Raptors throat, well take care of the basketball. It'd also be nice if Kemba didn't start 1-12 but as long as the defense has great energy and effort and they play smart, things should go fine. You also can't rely on Smart making 6 3PM again. That saved them in Game 2, but I'd prefer to see everyone be aggressive and attack the basket opposed to just settling for threes. Especially early.

The biggest thing I'm curious about in this matchup is how much the Nuggets will have in the tank. You saw Jamal Murray's reaction when he learned he was playing on Thursday

you come off a huge emotional win like that, sometimes you're burned out. That's an issue considering the Clippers are a goddamn buzzsaw. The Nuggets were 1-2 against LAC during the regular season and that's even with Kawhi/PG not playing in all three. Both teams are deep as hell and have shown the ability to put up a massive amount of points, but I wonder how the hell the Nuggets defense is going to handle this Clippers offense. They had issues with the Jazz and the Jazz offense isn't exactly all that good.

It's no surprise the Nuggets are +9 underdogs, and that's why this game is so important. We've seen what happens this playoffs when the lower seed steals Game 1. The entire dynamic of the series shifts. I think the Nuggets would be better served playing through Jokic instead of relying too much on Murray who will have to deal with Kawhi/George on a regular basis, and this could also be a good matchup for someone like Paul Millsap. I'm just hoping for a close game but like I said, coming off Game 7 this one does have a little blowout potential.

With only a few more hours to go until the first tip arrives, I recommend you do all your house chores now. The Basketball Gods have been blessing us with incredible games every day this week, and here's to hoping we have another one on deck