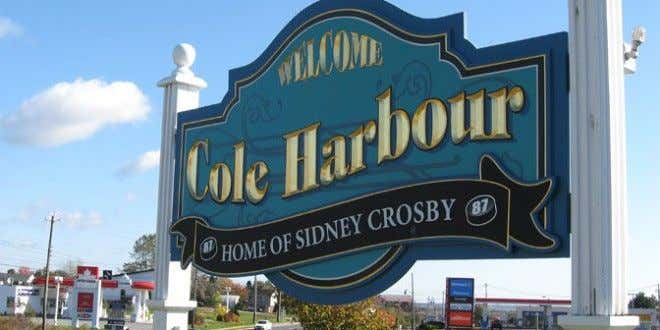 Cole Harbour, Nova Scotia. Just a small little town in Halifax that happens to be home to 2 of the top 5 hockey players on planet Earth right now. One of those players is making a damn strong case for himself to being that #1 player and let me tell you right now, it ain't the guy whose name is already on the sign.

Now as much as I hate that Crosby has ripped my heart out not only as a Philadelphia Flyers fan but also as an American, his name clearly deserves to be the biggest on the sign right now. He's got the 3 Cups. He has the Olympic gold medals, including the one in which he scored the overtime winning goal. He also has the World Cup gold medal but honestly, MacKinnon's Team North America was more fun to watch anyway. So yeah, Sidney Crosby has won everything in the game there is to win and he's done most of them multiple times.

But Nathan MacKinnon is putting on one of the greatest playoff performances we've seen since before he was even born.

Here's the deal we'll make, because I can understand Cole Harbour having some high standards for who gets their name on the sign considering Crosby set the bar so high.

If Nathan MacKinnon is able to will this Avalanche team to a game 7 win and advance to the Western Conference Final, that means that at the very least he will be playing 19 games these playoffs. The longest point streak from the start of the playoffs in NHL histry is Bryan Trottier with 18-games in 1981. If you let Nathan MacKinnon get to 19 games in these playoffs, he's breaking that record. Personally I still think it's time for his name to be up there anyway. But at the very least, the fine folk of Cole Harbour better at least have the "And The Nate Dogg" sign attachment already engraved and ready to go up there right away when the time comes. 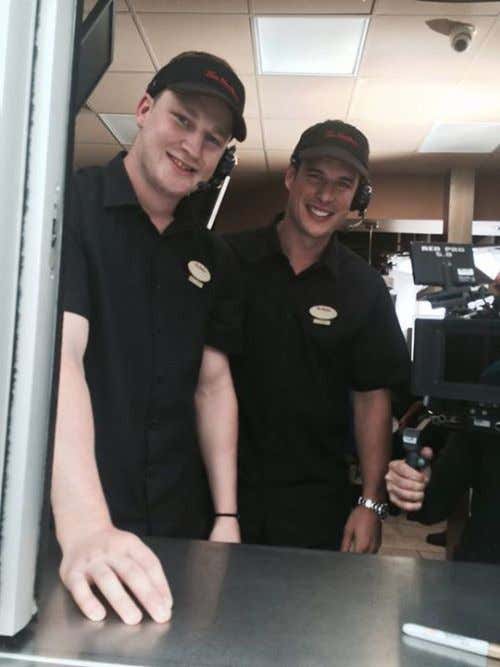