I'll let one of the AL East guys hammer home how much the Yankees suck relative to expectations. For now I just want to talk a second about this kid Mike Brosseau from the Rays that literally does not give one flying fuck that he's a nobody. Guy doesn't care that you're the Yankees. Doesn't care that Chapman wants to decapitate him or that people are going to overlook him his entire life. Mike Brosseau was made for this shit and I confidently say that because we're talking about a bonafide 219 area code carrying Region Rat.

For the uninitiated, The Region is the greater-Chicago metropolitan area across Northwest Indiana. I know a lot of you Schaumburg and Naperville guys are going to talk some shit right now but newsflash The Region is more Chicago than nearly every suburb on the other side of the border. It's blue collar carryover from the steel mills. It's some of the most diehard White Sox fans and the kind of guys that were literally born to tailgate. Guys that will drink whatever you take out of the fridge and hand to them without question or hesitation. These are guys with limited material needs and wants outside of a proud effort on Sundays and respect from their Mt. Carmel classmates should they make the noble decision of competing in the Catholic League.

In Mike Brosseau's case, he laced them up at Andrean High School before doing 4 years at Horizon League powerhouse, Oakland University. Then the Rays signed him as an undrafted free agent in 2016 meaning every single team basically had 40 fucking chances to draft him and passed. Then he went out and did Rookie Ball in 2016. A and A+ in 2017. AA in 2018. Then he absolutely destroyed AAA in 2019 before becoming an everyday infielder with the Rays. No signing bonuses or fancy treatment or fucking theatrics. Just a Region Rat out playing some baseball and fucking people up. Just look at this dude 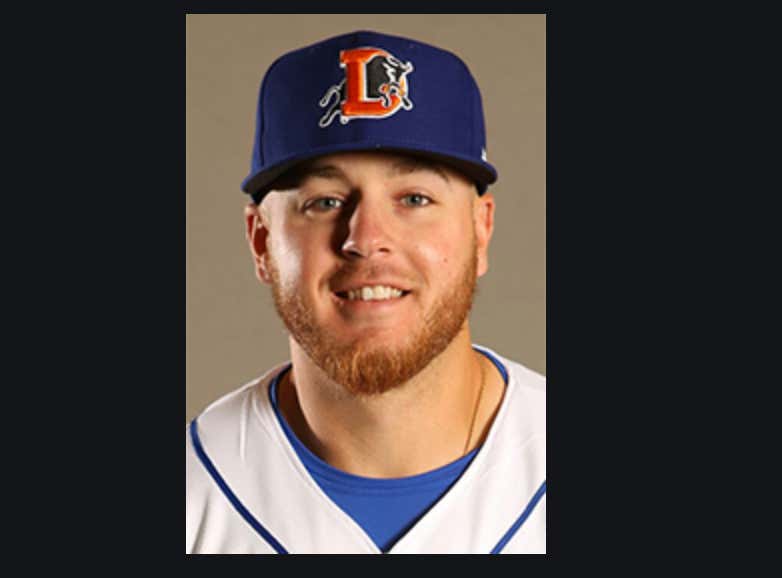 That's the most region rat looking face you've ever seen. The off-color beard. The bright blue eyes and naturally shaped eyebrows. The thin gold chain with St. Michael or some other heavy hitter on the end. Probably has a shitty tribal tattoo or a living family member's initials on his left shoulder blade. Something discrete but also in your face at the beach. That's the Region Rat life I know.

Obviously no one likes 101 at the face. But same time it takes a special character to come out the very next evening and destroy the other team. Especially when you're an undrafted nobody from Oakland University that everyone naturally disrespects. These are the kind of guys that deserve more credit. This is a Region Rat.