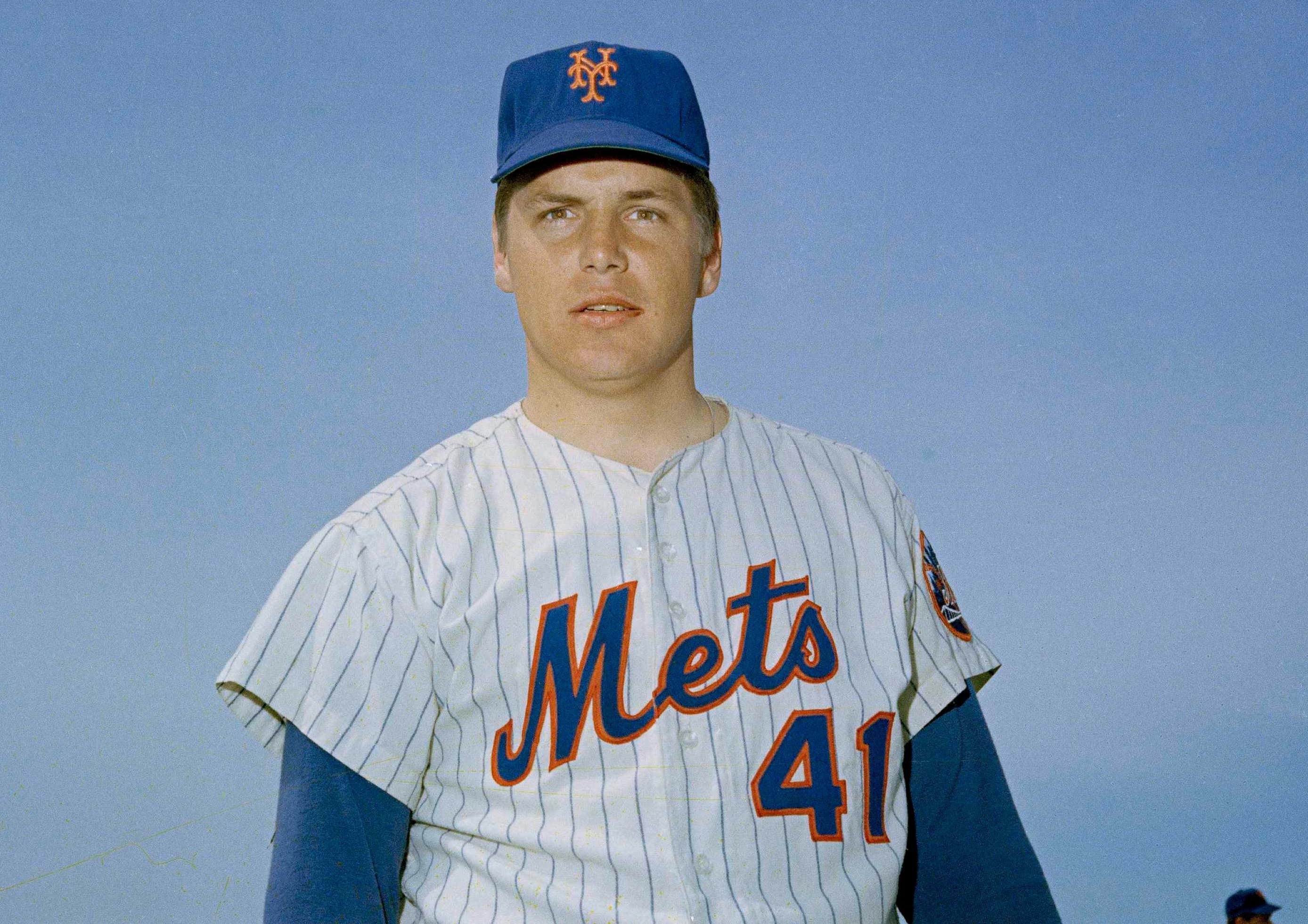 NYDN- The long goodbye has ended. The Mets’ “Franchise” is gone. Tom Seaver, the greatest of all Mets who dropped out of public life in March of 2019 after being diagnosed with dementia died early Monday. According to family sources, Seaver, 75, died peacefully at his home in Calistoga, Calif., from complications from Lyme disease and dementia.

He leaves behind 311 victories, 3,640 career strikeouts, three Cy Young Awards and countless millions New York baseball fans who forever cherish the memories of the Miracle Mets 1969 championship season and his starring role in it.

Well, shit. Once it was announced that Tom Seaver would no longer be making public appearances as he battled dementia, Mets fans hoped for the best but braced for the worst and today that awful news came in a year already infamous for awful news.

The Mets somehow getting Seaver after his signing with the Braves was reversed is pretty much the bizzaro version of everything I have witnessed as a Mets fan during my life. But it actually happened, with Tom Terrific becoming the The Franchise (two legendary nicknames btw) while leading the Miracle Mets to the 1969 World Series in a Hall of Fame career with more than 300 wins, 3600 strikeouts, and the most votes for Cooperstown (98.4%) of anybody until Ken Griffey Jr. beat him almost 25 years later. I always say if old curmudgeon baseball writers like you that much, you must be pretty special. That also rings true since many Mets fans, who know more about pain than countless other baseball teams, considered Seaver's trade to the Reds AKA The Midnight Massacre to be the lowpoint in Mets history, which is clearly saying something.

Hopefully the first order of business Steve Cohen executes when he becomes the Mets new owner is to actually put into action the building the statue that the Wilpons dragged their feet on forever then finally announced last year after Seaver announced he retired from public life. Seaver will obviously never get to see it but his family will along with the fans that have been clamoring for it for decades, even AFTER the Mets built an entire new stadium (that admittedly felt like it was built as a homage for another MLB team that was not the Mets).

I want Uncle Stevie to take these blueprints, quadruple the size, and construct it precious metals instead of whatever paper mache from Michael's nonsense that the Wilpons were probably planning on using

Despite being a baseball punchline for years, the Mets have had some great players, in particular starting pitchers, throughout the franchise's history. But there is only one player that can be considered the best Met ever. The Franchise himself.

RIP to the greatest player in Mets history.

Annnnnd we got our Mike Francesa eulogy, which is just as weird as you'd expect.