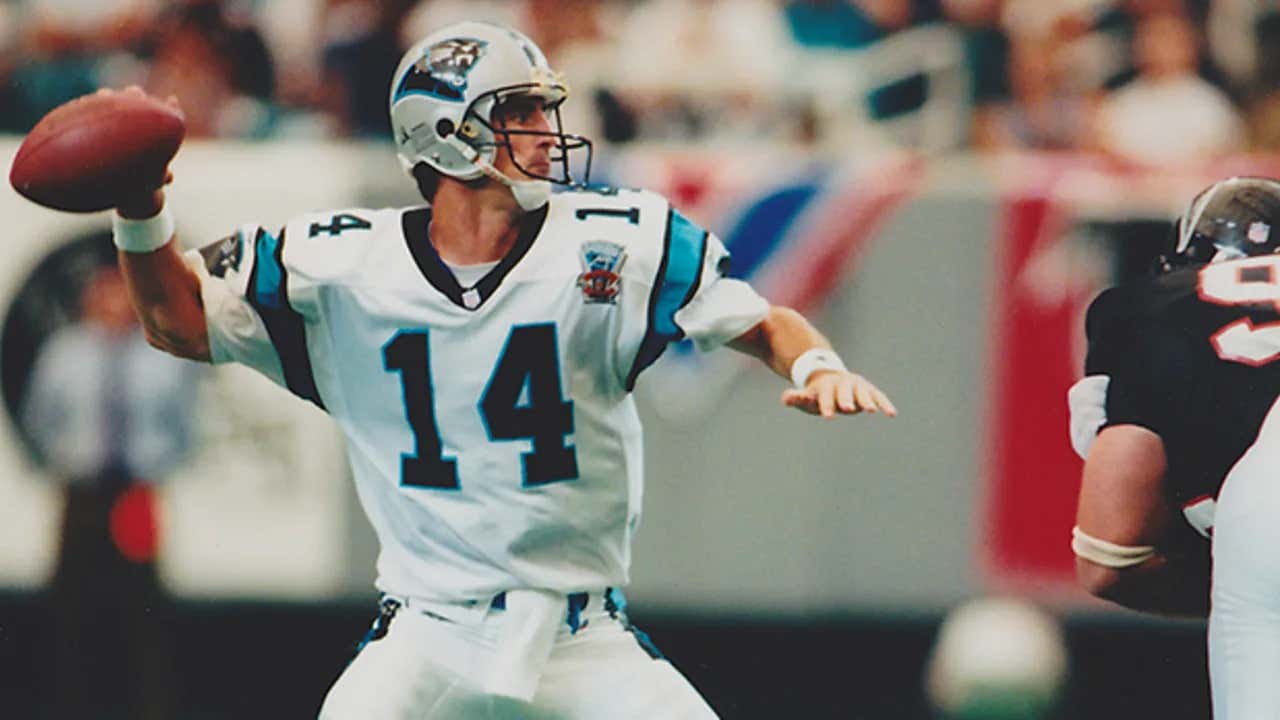 It is Week 1 in the NFL, and there is change throughout the league, as two new expansion teams bring the number of teams to 30. The Carolina Panthers jump out to a 13-3 lead against the Atlanta Falcons at the Georgia Dome but lose in overtime 23-20. The Jacksonville Jaguars meanwhile open at home, losing to the Houston Oilers 10-3. In addition, the Raiders, in their return to Oakland, beat the San Diego Chargers 17-7.

As the NFL began its 76th season, seismic shifts were happening. The league was more popular than ever, as new television contracts, free agency, and expansion opened the game to new markets, while old markets that once had teams were looking to bring back the NFL. The stage for the league makeover began two years earlier when the Carolina Panthers and Jacksonville Jaguars were added as the league’s 29th and 30th teams, the first expansion since 1976.

After losing the bid to get an expansion team, the City of St. Louis, which already was building a domed stadium, aggressively sought to steal an existing team. The hit paydirt when the Los Angeles Rams, unhappy with Anaheim Stadium, agreed to relocate to the Gateway City following the 1994 season. The City of Angels, meanwhile, which had two teams, suddenly had none as the Raiders who had played at the Coliseum since 1982 returned to Oakland.

Coached by Dom Capers, the Carolina Panthers opened their inaugural season on the road against the Atlanta Falcons. Carolina scored on their first drive as Frank Reich connected with Pete Metzelaars on an eight-yard touchdown pass. The Panthers would build a 13-3 lead in the first quarter with a pair of field goals by John Kasay. In the second quarter, the Falcons scored ten unanswered points to tie the game 13-13. Atlanta carried the momentum into the second half, scoring on their first possession to take a 20-13 lead. The lead would hold the fourth quarter when Reich connected with Willie Green on a 44-yard touchdown pass. The game would go to overtime as Morten Andersen missed a 58-yard field goal attempt at the end of regulation.  In overtime, the Panthers got the ball first but suffered a big loss when Reich fumbled on a sack by Lester Archambeau. The Falcons getting the ball in Carolina territory would win the game 23-20 on a 35-yard field goal by Andersen.

The Jacksonville Jaguars, coached by Tom Coughlin, opened at home against the Houston Oilers. The game did not start well for the expansion Jaguars as Houston marched down the field and scored on their first drive as Chris Chandler connected with Haywood Jeffries on a four-yard touchdown pass. The Jaguars offense meanwhile, was bogged down most of the game, as they had just 146 total yards of offense. The Oilers would also be held down, as the Jaguars defense kept them in the game. In the third quarter, Houston added to the lead with a chip shot from Al Del Greco to make it 10-0. Mark Brunnel relived an ineffective Steve Buerlein and led the Jaguars to a field goal by Mark Hollis in the fourth quarter. However, they could not get closer, as the Oilers won 10-3.

The St. Louis Rams opened the season on the road against the Green Bay Packers at Lambeau Field. Neither team was able to score in the first quarter, as Keith Lyle intercepted Brett Favre in the end zone on the first series of the game. In the second quarter St. Louis took advantage of a blocked punt as Chris Miller connected with Isaac Bruce on a 23-yard touchdown pass. Both teams scored touchdowns in the third quarter as Favre connected with Mark Chmura and Miller connected with Alexander Wright. The Rams stretched the lead to 17-7 on a field goal by Steve McLaughlin in the fourth quarter. Brett Favre connected with Charles Jordan late in the fourth quarter, but the Packers failed to recover the on-side kick and lost 17-14.

The Oakland Raiders made their return to the Oakland Alameda County Coliseum against the defending AFC Champion San Diego Chargers. The Raiders drew first blood as Jeff Hostettler connected with Tim Brown in the second quarter. The Chargers later answered as Stan Humphries hooked up with Stanley Jefferson on a 39-yard touchdown pass. In the third quarter, Oakland took advantage of a fumble by Natrone Means to take a 10-7 lead. Later in the third quarter, Napoleon Kaufman had a 16-yard touchdown run to extend the Raiders lead to 17-7. There would be no scoring the rest of the way, as the Raiders forced three turnovers.

The Panthers got off to a slow start, losing their first five games. However, once they started winning, they did not stop as they posted a 7-9 record, the best ever for an expansion team in the NFL. This included a win over the reigning Super Bowl Champion San Francisco 49ers. The Jaguars meanwhile lost their first four games, before beating the Oilers in a rematch at the Astrodome. The Jaguars would go on to post an expansion like 4-12 record. Starting the season at Bush Stadium as the Rams started 4-0 waiting for the Trans World Dome to be completed. The dome opened in October as the Rams crashed to earth, posting a record of 7-9, as they lost eight of their last ten games. The Raiders also crashed and burned at the end of the season, starting 8-2 but losing their last six games to finish at 8-8.

The changes of 1995 had more fallout in the coming years, as the Cleveland Browns agreed to move to Baltimore. After some legal maneuvers, a new team named the Baltimore Ravens began playing with the Browns’ players, while the Cleveland Browns were reborn as an expansion team in 1999. Meanwhile, the Houston Oilers would relocate to Tennessee in 1997, eventually becoming the Titans in 1999. Houston got an expansion team in 2002 named the Texans as Los Angeles went 20 years before the NFL returned. It would be the Rams that ultimately filled the gap left in LA by returning home.