In it's never-ending attempt to keep from running out of "stars" and not just descend into "Dancing With People Who Might Have a Wikipedia Page," "Dancing With the Stars" has tabbed my long time celebrity hero and current Spirit Animal Johnny Weir. This Johnny Weir, the one I got to meet along with his incomparable broadcast partner Tara Lipinski at the Super Bowl a few years ago. 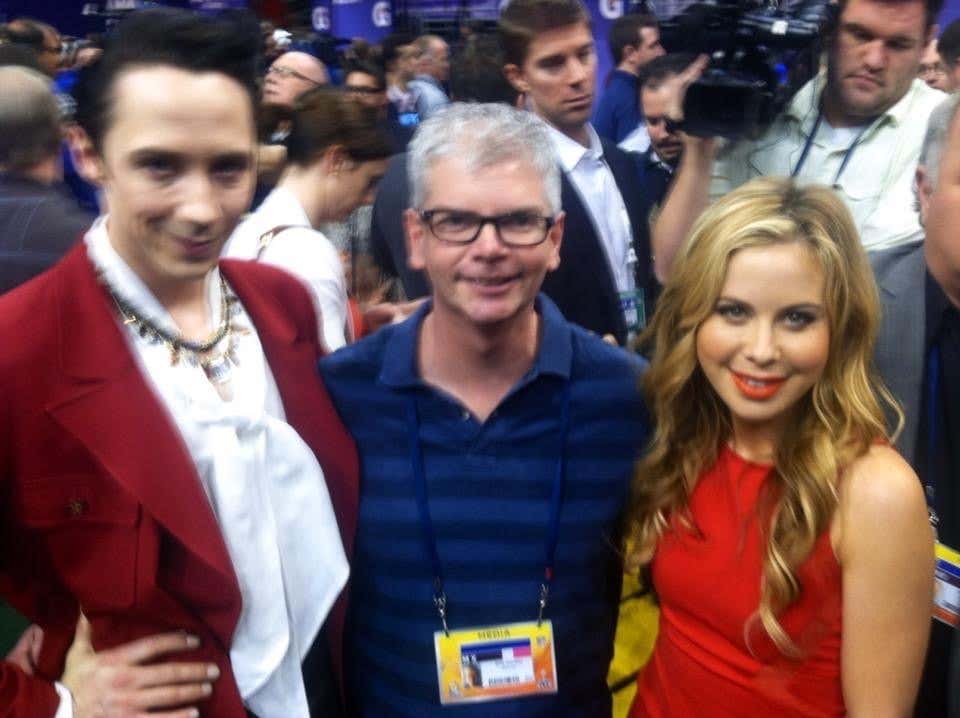 Just to be clear for the record, that was not a bad job by the person taking the photo. Johnny is out of focus because he's a luminous being who can't be captured by ordinary digital means. I got to interview literally dozens of players, coaches and assorted celebrities that day, and this was by far the highlight.

So here is the competition he will be up against. From Good Morning America:

I'm not going to handicap them, because I don't know half of them. Other than to say clearly Carole Baskin won't make it past the first vote and Nelly and AJ McLean should make it to the finals. But to borrow a phrase from Larry Bird, all of them are playing for second place.

Like the season where my girl Kristi Yamaguchi took home the Mirror Ball Trophy, it's damned near impossible to beat a champion from the sport of kings, Figure Skating. It took Nicole Sherzinger to beat Evan Lysacek, and she's a professional dancer.

But no one can compete with my Spirit Animal:

This is a man with the heart of a lion, the warrior spirit of a champion and the grace and power of one of the best skaters of his generation. The perfect recipe for a DWTS winner. These reality competition shows have been pretty much unwatchable during the shutdown, but I can promise ABC I'll be watching this season religiously. Even though the competition is already over.