There is nothing I love more than a good old fashion burger debate! Our beloved friend from Zimbabwe, Zah caught some heat last night for spitting FACTS about In-N-Out. I don't think In-N-Out burgers are bad either, but I also don't think it's worth going crazy over. In -N-Out is nowhere near 5 Guys or Shake Shack. These 3 joints get debated every single day! WIth the addition of Culver's and Whataburger, it's finally time for me to tell you which of these prolifically named fast food chains is the absolute best. 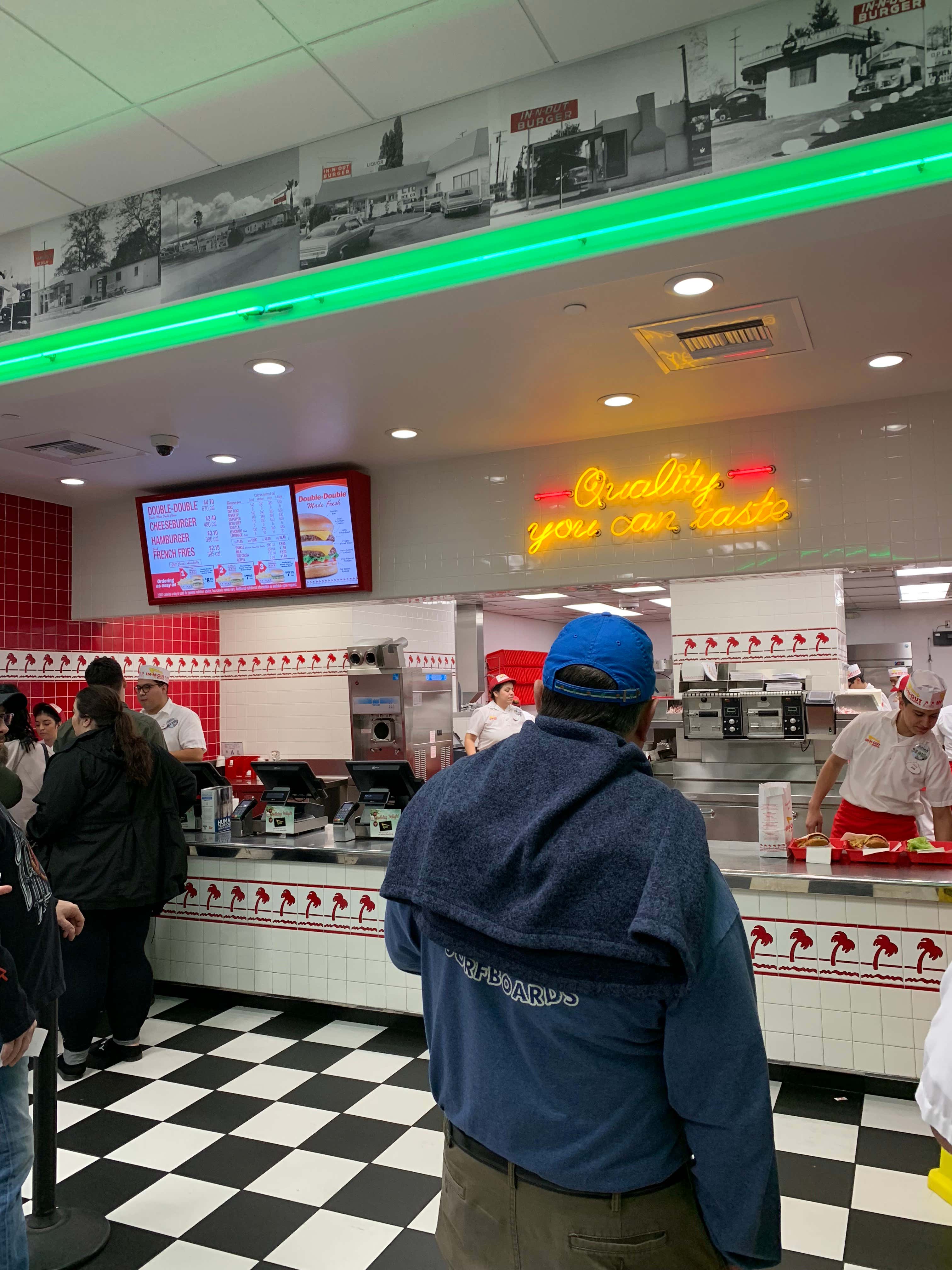 I've dreamt about trying In-N-Out all of my life. As a boy who grew up watching everything on the travel channel like Best In Food and Man vs Food, I've always wanted to try restaurants across the country. My first experience might not have been the most traditional way, but it sure wasn't bad! I tried In-N-Out for the first time around January of 2019 at the Las Vegas strip. It was a day after getting my ass spanked by a nurse at the heart attack grill for not finishing their burger. Great times. While the line was crowded, I waited only 25 minutes rather than 2 hours like Zah. I got what everyone says you needed to get when it's your first time: a double double, fries, animal style fries, and a shake. 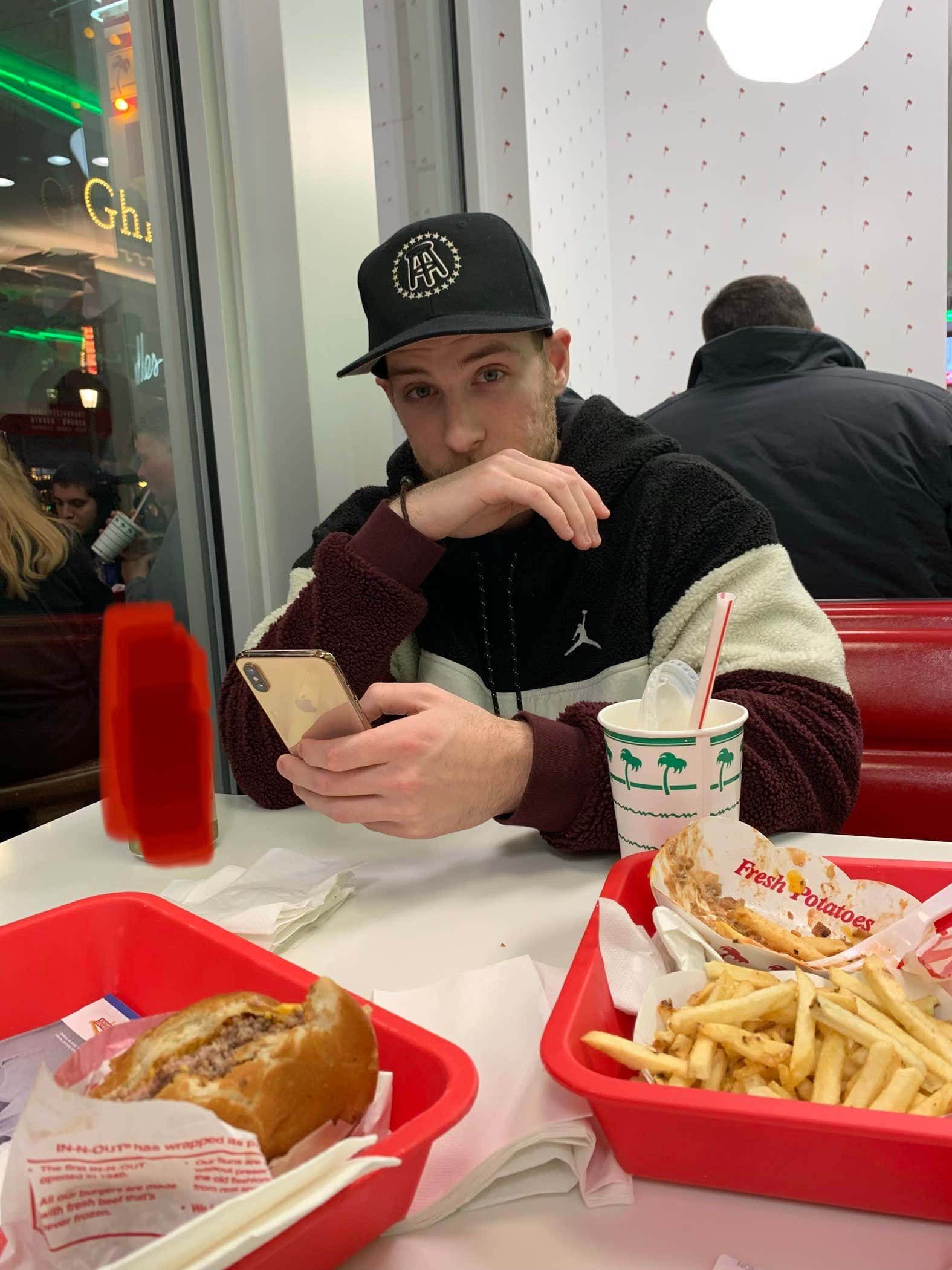 Double Double- The slightly toasted bun had a nice kick and the veggies were fresher than any fast food burger I've had, but the meat and cheese reminded me of a slightly better quality McDonald's burger. Don't get me wrong, a Mcdouble gets the job done, but it's not something to praise about. The burger wasn't bad! It was just underwhelming.

Fries - They suck. They absolutely suck. You HAVE to get them "well done" if you want some crisp. Otherwise, they will come out soggy and nasty. There's no flavor to them either so you have to use ketchup or whatever dipping sauce you like.

Animal Style Fries - I had these sober and have a great feeling these fries are only good when your drunk or high. I stuck my fork into a pile of these and the fries just mushed together. It was quite disgusting. But like I said, you have to be intoxicated to enjoy these.

Shake - I'm not a shake guy by any means but I ordered their vanilla shake and it was great! They also have chocolate and strawberry so if those are anything like the vanilla, then you'll enjoy the shakes.

In-N-Out was truly the most underwhelming experience I can remember. A San Diego resident once told me you have to get In N Out after spending a day at Sea World and witnessed Shampoo spray you in the splash zone. The price for a meal here though is CHEAP! It's the half the price of Shake Shack and damn near 1/3rd the price of Five Guys. If you can order a double double with McDonald's fries on the west coast, I'd highly recommend making that a meal.

Burger - Amazing! Imagine a higher quality version of the meat Steak 'n Shake uses thrown onto a potato bun. The price for a double shack burger is outrageously high (around $8) but god damn is it good.

Shake Shack is amazing, BUT it's one of those chains where you have to eat it at the first location or originating state(New York). I've had Shake Shack in Chicago and Las Vegas and it doesn't slap the same. It's like eating Primanti Bros outside of Pittsburgh or Portillos outside of Chicago. People say these chains don't taste the same once they expand because some states use different ingredients or products. I say it's just a mental thing that fucks up your taste buds. But in the end, Shake Shack is amazing.

Five Guys is the most American top tier fast food chain in the country. Not only is it insanely overpriced, but it's insanely good. I've been coming here since junior high and haven't looked back since.

Burger - It's like a grilled burger at home but on steroids. The sesame seed bun, the beef used, and the infinite amount of toppings to choose from can really expand your taste buds to the next level. I always feel like a naughty little nurse whenever I finish these burgers. There's something about the tinfoil that makes these burgers the best there is.

Fries - Sweet God. These are the only fries I'd put above McDonald's. When you get a perfect bag of these fries that are crispy and salty as hell, I like to think it's living in heaven. Tell your cholesterol to sack up and enjoy these delicious hand cut fries with a few cups of ketchup.

Well said by my guy Joey Lane. I grew up on Culver's. In fact, I actually had Culver's for lunch today! Hell, Culver's should replace In N Out in this world wide discussion of top fast food burgers!

Butter Burger: I've never had a butter burger that didn't make me want to nut after the first bite. It's what Wisconsin is all about. Fresh, juicy, and as cheesy as playing Madden 21.

Fries: Amazing. They are up there with Shake Shack fries! I'd say the flavor is better than Shake Shacks, but not as crispy.

Custard: The custard they serve can turn you into a little whore. Like I said, I'm not really a shake guy, but those heroes in the blue apron know how to whip up some custard.

Eh, it's alright. I had Whataburger down in Houston last year expecting it to be "eh" and that's what it turned out to be. BUT their honey biscuit sandwich is pretty god damn satisfying. I'd say you should try that or their patty melt if you want to get a quick nut in.

Burger: It reminds me of Wendy's. Just a whole lot of meat but no flavor.

I mean, you should know In-N-Out was coming in at last. Some may say I grew up on the East coast and don't know shit about In-N -Out, but I also grew up on pork tenderloins and milk so I know a thing or two about consumption. I also grew up wearing a helmet and back brace so maybe they're right.

I'll take Whataburger over In N Out anyday all because of Whataburger fries. You can't have a solid burger without good fries! You just can't! You're psycho if you order a burger without fries! I also like how Whataburger has those little number stands for employees to identify you with when they hand you your tray. Always had a soft spot for those suckers.

Only because the expanded stores outside of New York don't taste the same as the OG shack in Madison Park, I have to put this at 3. It wasn't easy because Shake Shack always satisfies me.

Like Joey said, Culver's doesn't get the recognition it deserves. It's so fucking good, it's so midwest, I love it. But as a fry guy, I have to put Culver's under the greatest fast food chain in the country.

It's just as American as it gets. A beefy burger, a gigantic bag full of fresh cut fries, and some old rock and roll music blasting through the speakers is exactly what our founding fathers wanted.

Which of these restaurants do you think deserves the #1 spot?