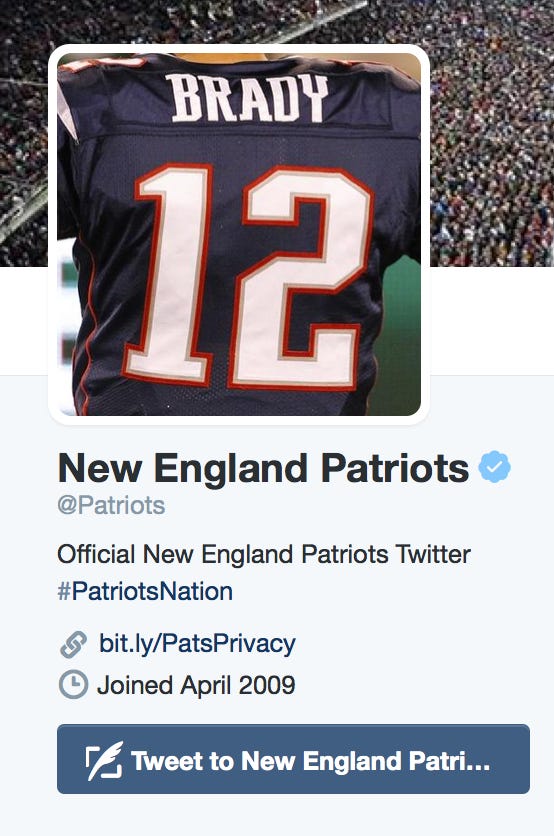 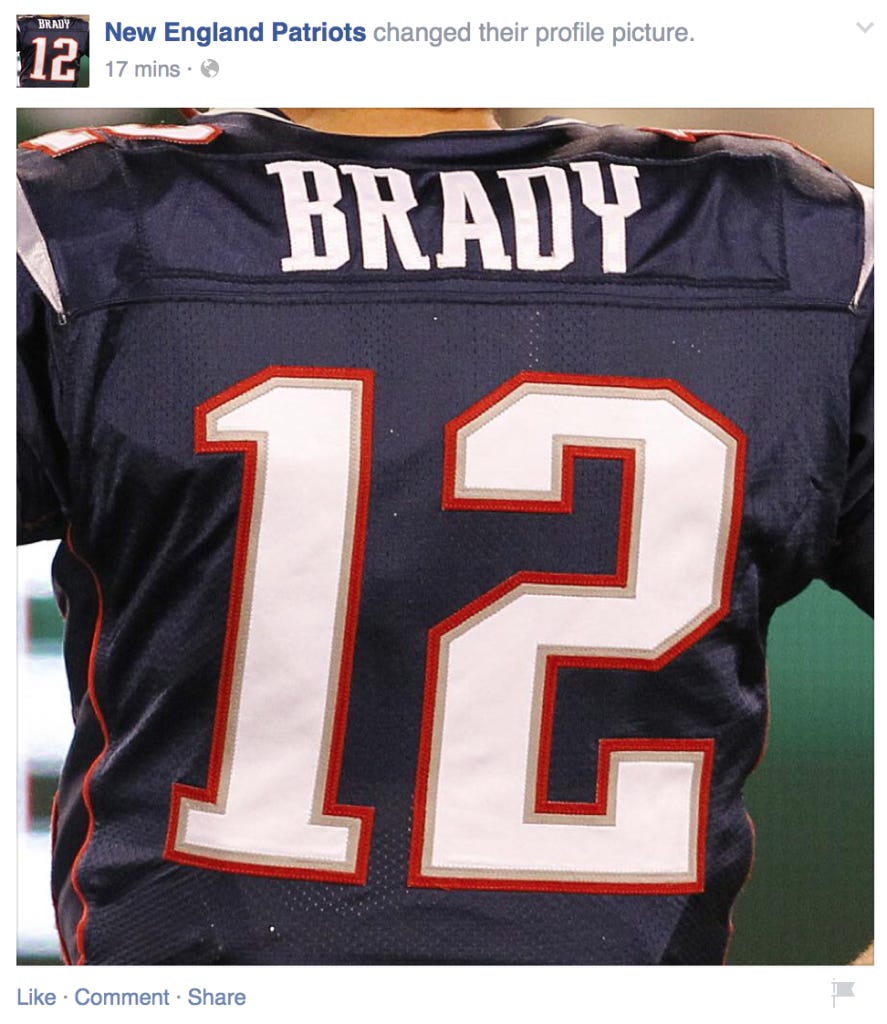 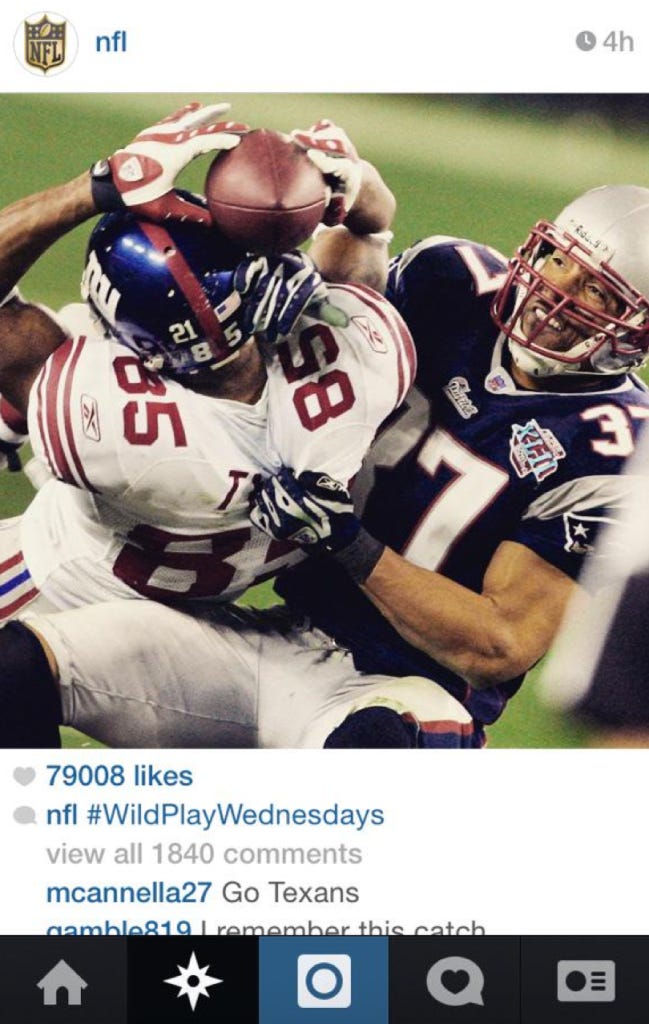 This is where where we are in the case of the Patriots vs the NFL: we’re at subtweeting levels that haven’t been seen since you dumped your high school girlfriend. And I love it. The NFL saying “my ex is better than you,” the Pats saying “LOLOLOL I’m literally dating a god right now. You’ll never live up to him. He’s my everything.” It’s just the best. I’ve never seen subtweeting on a level like this. And just so you know, #WildPlayWednesdays is a hashtag that’s never been used by the NFL before. It was just started this week, right after the Patriots said how amazing their man is. It was entirely a response to New England’s change but not nearly as good. Because everyone knows as soon as you have to resort to you exes you automatically lose. Your ex is great? Sweet, this is who I’m fucking right now, Tom Brady. Deal with it.