I put the Islanders lineup at the top of this blog just so you can get a nice look at it. Some VERY good players. Solid throughout the lineup. It is, however, a bit underwhelming on paper when compared to the other teams still in the bubble, some teams who have exited the bubble, and a team who the Islanders summarily dispatched from the bubble personally. The reason for that is one man:

A bald, stocky, 5'9 coaching wizard. He has that group above one win away from the Eastern Conference Final. And he did it with a quote and philosophy that was expressed so simply in an article by Scott Wheeler from The Athletic.

“Every player has a different amount of hockey IQ, a different perception of the way they play within a system. Some players come in and they assimilate very quickly, and some players take a while. You’re not going to make everybody the same. Coaching is not about equality, it’s about inequality. You have to try to find a way that they can contribute with their skill set and be successful for the team.”--Barry Trotz

Everyone in Chicago's reaction

Trotz has ability to look at his team, see the individual skill sets of the players on the roster, and put those individuals inside of a game plan that allows them to be successful. And he is able to communicate that to them effectively. Look at this quote from Devon Toews of the Islanders

“We have a plan every game of how they try to slow us down and take away our speed. And if they throw different things at us, we’ll have different plans for each situation”--Devon Toews

I read quotes like that and it's impossible not to feel jealousy as a Blackhawks fan. Trotz has the ability to know his team, the other team, and has a feel for the game that allows a roster that isn't perhaps as talented as others to be more than the sum of their parts. He has taken a team with virtually zero true elite stars(I love Barzal, but he's not Crosby/MacKinnon/McDavid/Kane/etc) and turned them into a legitimate Stanley Cup contender.

THAT is what the Blackhawks need. Stan Bowman has said that he is planning on bringing back largely the same roster as 2019-20. That might be his only option because of the Salary Cap. That team, while beating Edmonton was fun, also finished 12th in the Western Conference in the regular season and was the worst defensive team in the league. Lehner is gone. Crawford, I believe will be back, but if Crawford doesn't play at an elite level than this 2-7 inside straight that Stan Bowman is trying to pull off to save his job is going to collapse like a house of cards. If he can't really "improve" the roster outside of the potential development from guys like Boqvist, Dach, Mitchell, and Nylander then he only has one lever to pull to make a tangible difference and that is behind the bench. Now, my gut says that Bowman likes to be able to call down to Jeremy and say "put John Quenneville in" or "hey, your entire 'plan' in the defensive zone is garbage and you need to change it immediately" and have Jeremy actually do it so he won't make a change but a change is needed.

The Blackhawks defensive system changes never really worked. The Hawks improved a little over the course of the year starting in like December but they were still the worst defensive team in the league and their problems were evident against Vegas. In the zone and in transition the Blackhawks were routinely lost. Missed assignments. Getting worked behind the net, wide open guys in high danger areas. The Blackhawks have an extremely flawed roster, but not so flawed that they should be finishing dead last in the NHL defensively. There is CLEARLY a communication and strategy problem with the Blackhawks. They need a guy who can see the game, see his players, come up with plan(s), and develop practices that allow the game plan to digestible and applicable by everyone on the team, but not necessarily in the same way. You shouldn't be asking Boqvist to do the same things as Murphy, Maatta, and de Haan. Those three guys need to be seeing the game the same way, but how they're deployed inside of a system will be different because they have different skills. Boqvist is a young player, but we never saw him attack the game with the attributes he has that made him a top 10 pick. Colliton did not get the most out of this group. If money is an issue there is one guy out there who could be had a bargain and I would virtually guarantee that he'd made this roster for the Blackhawks into a team that can finish somewhere between 6-8th next year… 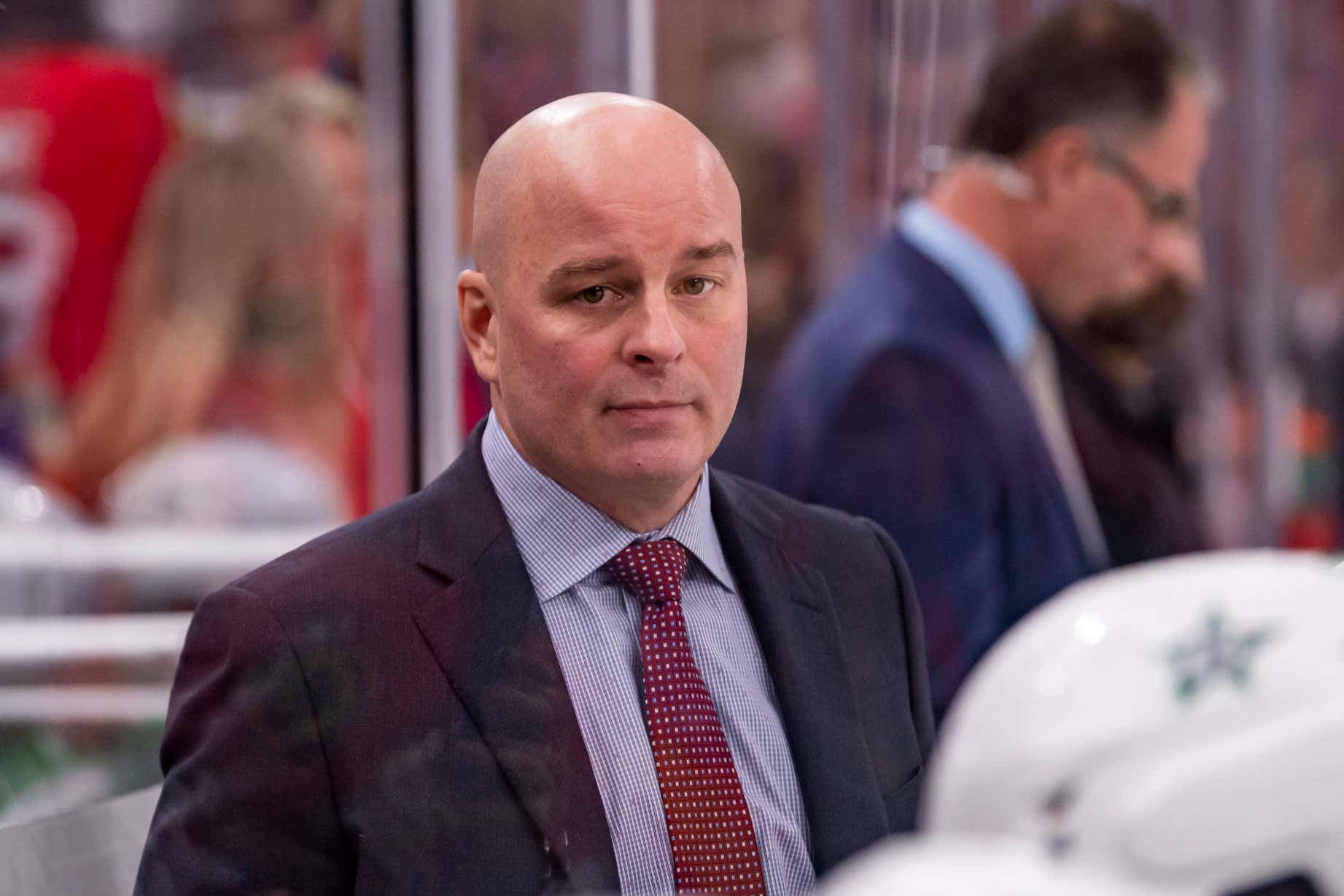 He claims he's sober and if Monty is on the straight and narrow then he is a guy who can make a difference for a team that otherwise looks to be trapped in neutral.