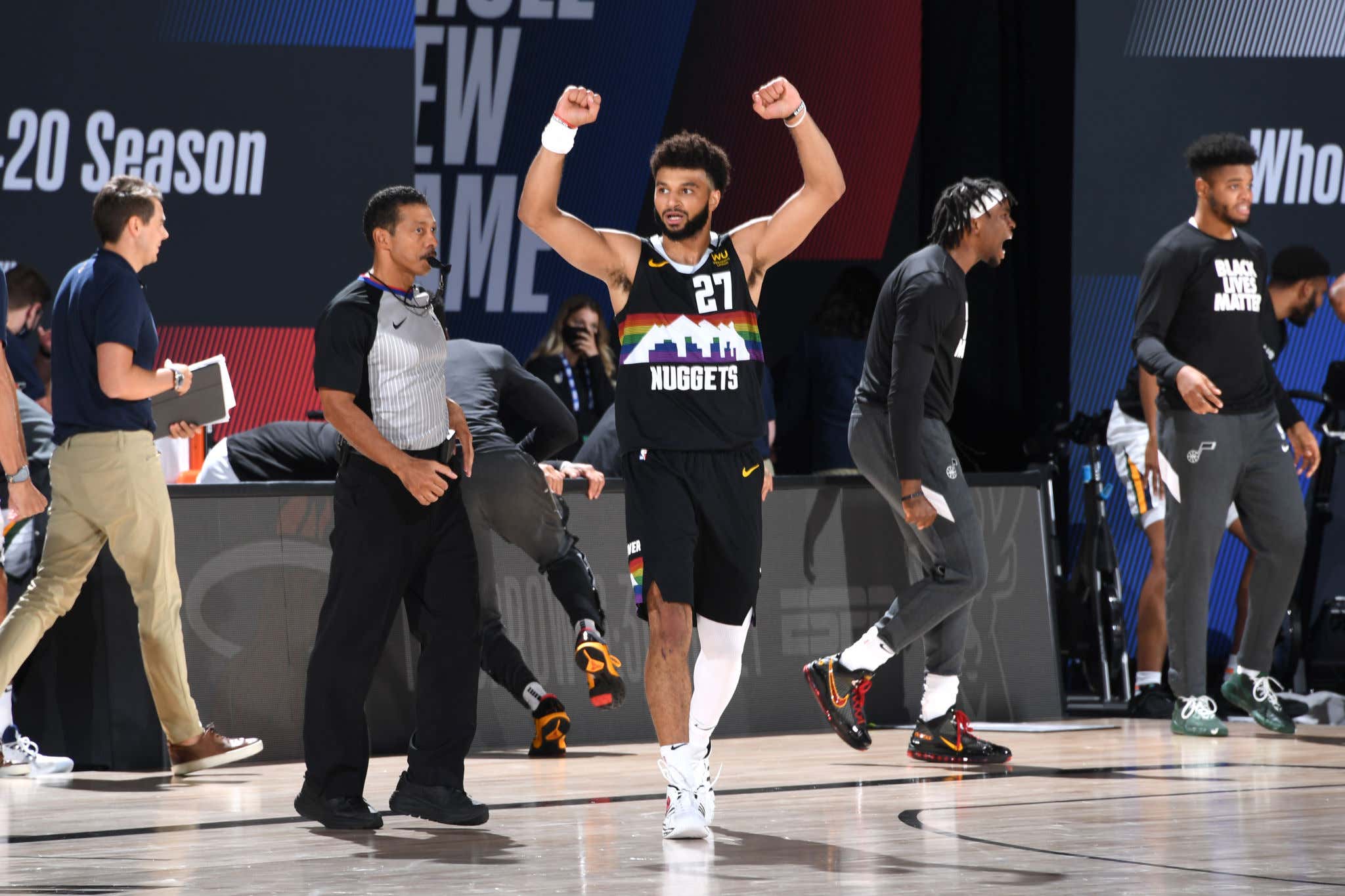 Good morning everybody happy Wednesday and welcome back to another edition of Last Night In The NBA where we bring you up to speed on everything that happened from the night before in the Association. Heading into Tuesday's action all I was hoping for was that it would be just as crazy as what we saw on Monday, and I am happy to report that once AGAIN the bubble delivered with two awesome games. Seriously, imagine not watching these NBA playoffs?

Every single night they deliver. It's incredible. Another great second round matchup and an intense Game 7 down to the final shot. Not sure it gets any better than that. As always if for some reason you weren't able to watch, here's what happened.

Per usual we'll be talking about the Celts in their normal blog and I'm just going to warn you now, I started putting that together last night and boy is it steamy. So for this blog we'll focus on the Raptors and the hole they are currently in. I wouldn't go so far to say this series is over, there is still a lot of basketball to be played, but the defending champs certainly find themselves in a tough spot. They were much better than Game 1, especially to start, and as expected they had much better production from basically their entire roster. OG Anunoby was fantastic on the offensive end, especially from deep

he's turned into a real legit two way wing right before our eyes. Great size, shot 39% from three this season, had 4 3PM in this game and was a big reason why the Raptors were able to build their 12 point lead in the second half. Guys like Siakam and Lowry were OK, not really all that efficient which is an issue but they at least gave the Raptors something offensively

It's also getting a little ridiculous how Serge Ibaka consistently owns the Celts. The man doesn't miss when he plays this team it feels like. In this game it was his three point shooting as he finished with an efficient 17 off the bench

So what the hell happened? Well, the sum it up the Raptors fell apart in the fourth quarter. They entered the final frame with an 8 point lead and then scored just 21 points on 23/9% shooting. That's gonna hurt. Especially when you give up 58/63% on the defensive end. They just did not have an answer defensively for Marcus Smart or Kemba Walker in the fourth as those two outscored the entire Raptors team by themselves. Fred VanVleet is still really struggling from the floor, he went just 8-22 (3-12) and that's an issue for a team that really relies on his offense.

Blowing fourth quarter leads can really kill your spirit, and now down 0-2 I'd argue that Game 3 now becomes a must win or we could be looking at another sweep.

Game 7s really are something else. I think we all expected another offensive shootout between these two teams and we got literally the exact opposite. It was a gross game, but that's what happens sometimes in a Game 7. You have to grind it out. The nerves are at an all time high, guys are GASSED, and despite this being a score from like 1982 there was more than enough drama to make it must watch. The Nuggets got up by as much as 19 only to see this game turn into a 5 point game heading into the fourth quarter. Those 12 minutes saw 6 ties and 2 lead changes with things coming down to the final moments. We were all waiting to see the Mitchell/Murray battle, but it was Nikola Jokic who put the team on his back and was the best player for the Nuggets

he was solid all night, he had the game winner, and with only three Nuggets players in double figures they needed that type of offensive performance from their franchise player. He stepped up in Game 7 and you have to give him credit for it.

If Mike Conley makes that three I'm pretty sure Torrey Craig has to retire. Just an incredibly stupid play given the situation. I'm surprised Murray even passed him the ball. What a disaster that would have been. The crazy part is Gobert was actually out of bounds when he got the rebound

can you imagine if Conley made that and this was never called? That would have been BRUTAL.

For UTA, that one is going to sting for a while. That's the other side of the coin with Game 7s. When you lose them they stick with you, and when you lose them in the fashion the Jazz did they ruin your life for quite a while. Rudy Gobert did turn into a monster though which was a surprise

and Donovan Mitchell did all he could

but he also had 9 turnovers and just 1 assist, including that costly one at the end. He went just 9-22 from the floor which isn't exactly great, but boy was he fun to watch in this series. Sadly the Jazz never got that third scorer to help out Mitchell/Gobert, guys like Conley went just 2-12, Ingles 3-10, that's just not going to cut it and sadly their season is now over.

But seriously, there's nothing like Game 7s and we can only hope the one we get today is as exciting. They torture you as a fan of the teams playing, but for everyone else there's nothing better.

And that's it! You are now caught up with everything that went down last night in the NBA. We're back tonight with two more games which should be just as awesome as what we witnessed on Tuesday. Seriously, watch the NBA playoffs, they have been incredible. Have a great Wednesday!