The War of 54 continues tomorrow afternoon inside Stool Streams Stadium. We have three great Jenga matches ready to go. Some includes bitter rivalries, others seek for redemption, and much more. In case you've missed any of our previous broadcasts, here are last week's matches in their entirety:

Now, let's shift our focus to what's ahead for tomorrow's 2 PM start. Remember to download the PlayBarstool App now to fill out your picks for FREE and get a chance to win the $500 progressive jackpot. We had three winners for yesterday's table tennis broadcast and you can join that exclusive club by going 6-for-6 on the app, too.

History: Funny enough, there is PLENTY of history between the majority of this foursome. Let's flash back to two weeks ago, when Glenny Balls took on Brandon and Nate in an instant classic:

What a match. What a finish. We'll see what happens.

Storylines to Know: It's simple. Tomorrow is all about whether or not Glenny Balls can get his redemption. He's had two weeks to think about losing via DQ to Brandon and Nate, but can wash that memory away with a win tomorrow.

Quotes to Remember: "I would NEVER, in a million billion trillion zillion years take a win like that. I would never go home to my kids and tell my kids that daddy won a big game of Jenga like that." - Glenny Balls

"I don't think Glenny is capable of revenge. He was lucky it came down to a technicality, it's not happening this time." - Brandon

Analysis: Expect tons of trash talk in this one. Glenny will have to take the lead on his side, as Big Ev is a rookie. Brandon and Nate need to ensure that they keep their chemistry in check to have another victorious performance. 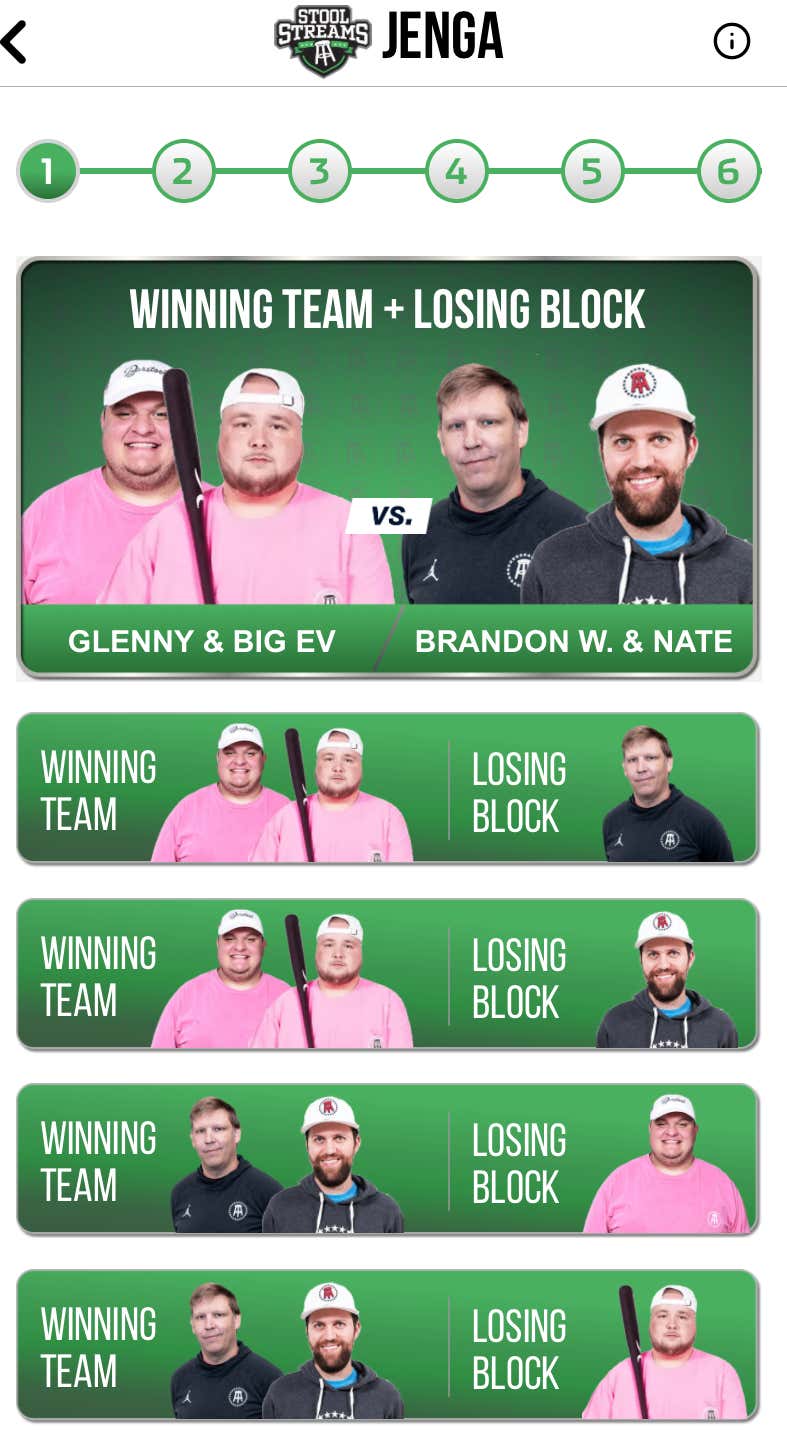 History: Ria, Trent, and Vibbs have all pulled losing blocks already. Ria and Trent are 0-1 as a duo, $20 Chef makes his debut inside the Triple S.

Storylines to Know: We're going to call this one "Beef with the Blocks." As I mentioned above, 75% of the competitors in this match have already pulled a losing block. More redemption is on the line here.

Quotes to Remember: "I played Jenga at a lot of ski lodges, after hanging up the skis. Started out as a youngster with the OG Jenga set before the big blocks at bars." - $20 Chef

"I think we played well as a team, but I think my losing block was a fluke. I pride myself on being a good player." - Trent

Analysis: Ria and Trent certainly have the chemistry edge after playing together once before. $20 Chef is the wild card in this one, as he is the sole rookie in this contest. 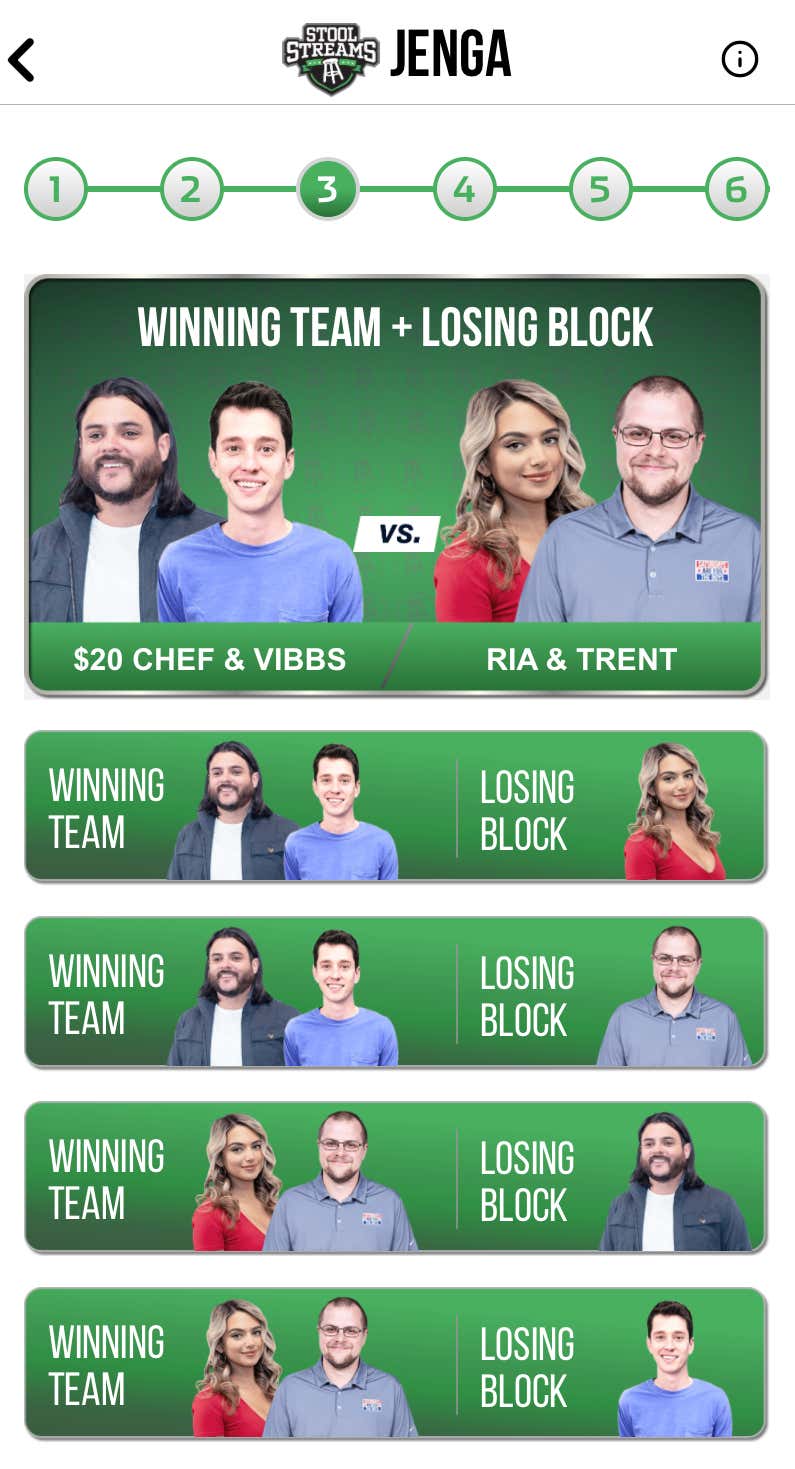 Storylines to Know: There will be mind games galore in our finale tomorrow afternoon. We saw Rone try to create plenty of distractions while playing last week, but KB will have some things up his sleeve, too. I am very excited to see the return of his top move, the "Nuremberg Nudge."

Quotes to Remember: "I guaranteed a win last week and this is a game exclusively about confidence. If I'm confident, I will win." - Rone

"Rone will try with his rhymes and raps to throw me off, but I'm the only person who can get in my head." - Tommy Smokes

Analysis: Rone and KB will try to one up each other in terms of the side jokes, while Tommy will have to ensure that he doesn't make any weird nosies mid-match. Liz seeks revenge after pulling the losing block in her last appearance inside the Triple S. 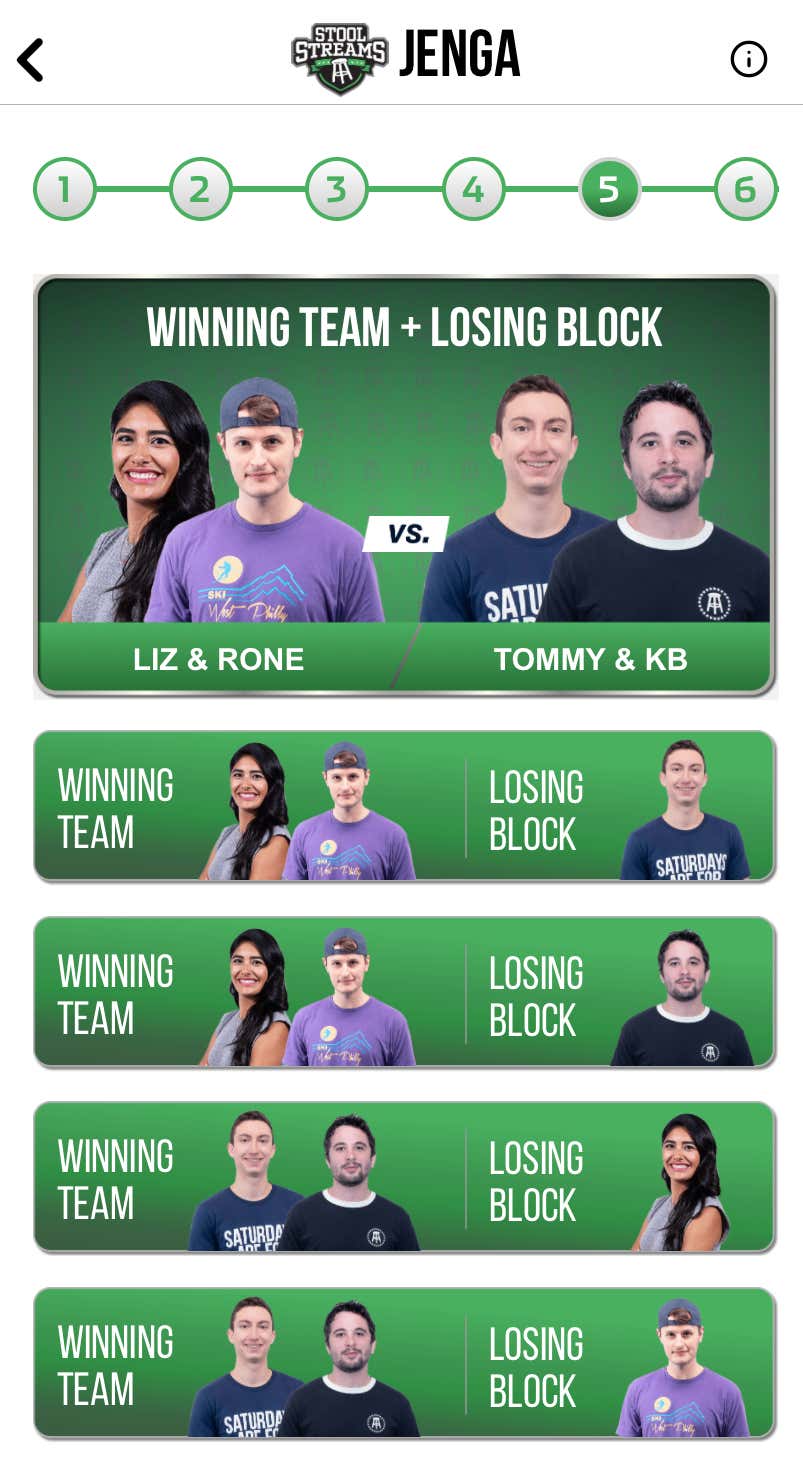 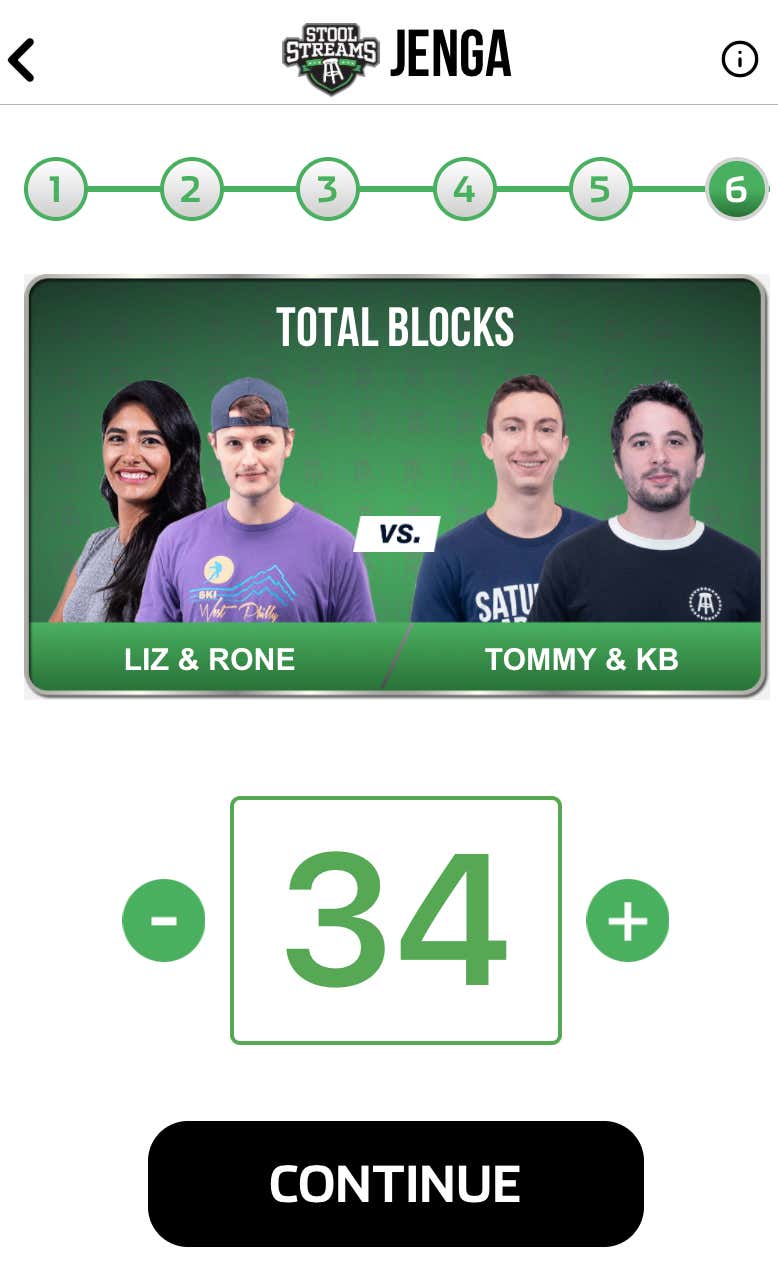 Lastly, here is the pulling order for tomorrow in each of the three matches: