It's been just over a month since Dr. Anthony Fauci threw out the first pitch before the Nationals-Yankees game.

For obvious reasons Fauci faced some serious backlash as he threw what was quite possibly the worst pitch in the history of baseball. It definitely makes you think, how does this impact Fauci?

I mean think about it, hundreds of thousands of people, maybe even millions, all ripping you to shreds on social media. It was the top story of the day if not the week.

"Fauci is a massive pussy!"

"Fauci gets NO pussy!"

all became household phrases used throughout the country.

This is the kind of thing that could break a man. Especially a man who loves baseball as much as Fauci.

After doing a little research I was able to find out that Fauci is a baseball fanatic. He grew up loving baseball and played all throughout his youth.

Pictured below on the left is Fauci as a child. A young Fauci and a young baseball player. 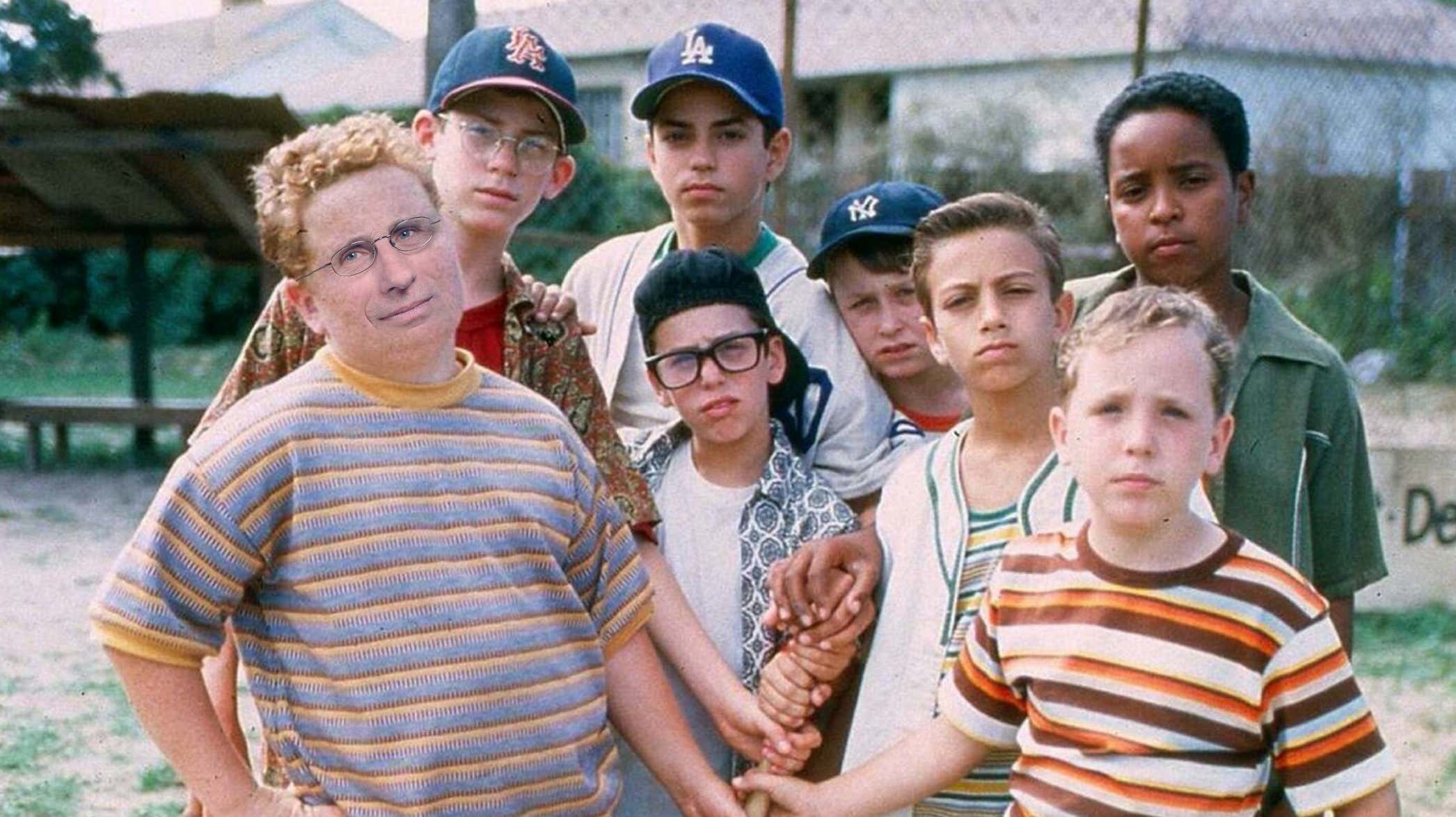 The backlash had to have hurt Fauci. There's nothing an athlete hates more than being called unathletic. It's a punch straight to the gut.

After doing a bit more research I was able to dig up an old interview that took place just a few days after the "pitching incident." 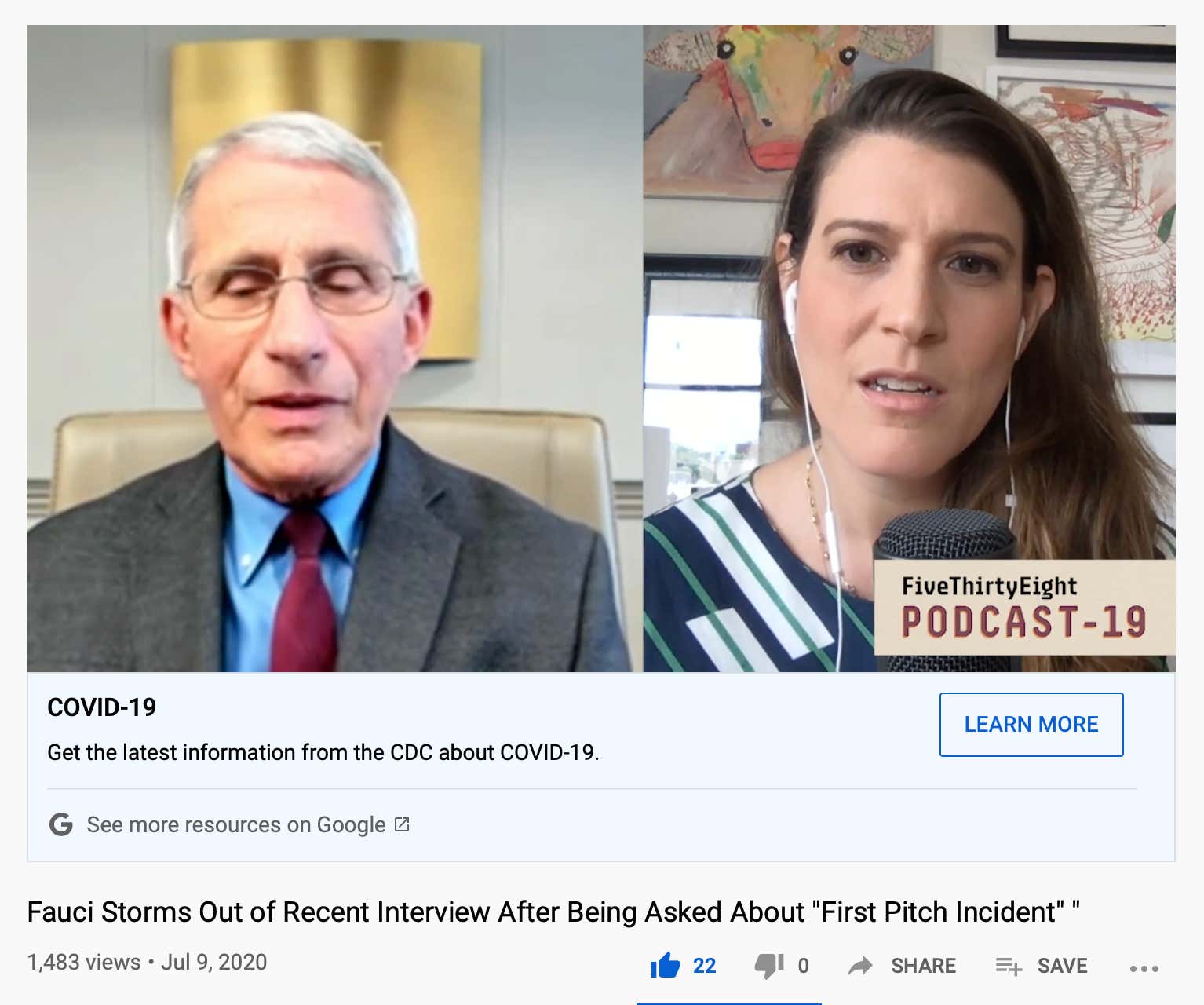 Just one week later this was posted on his instagram story. It was only up for about 3 minutes before he took it down. 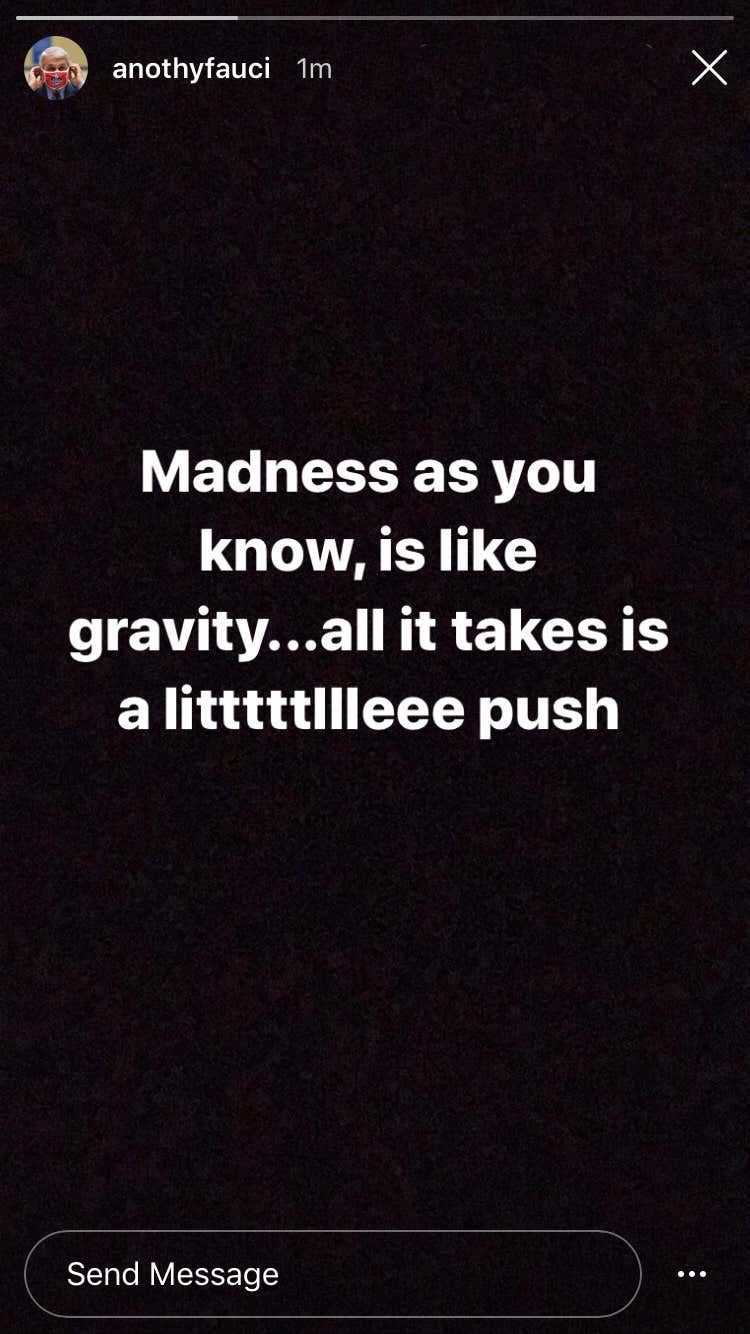 It was clear this was digging at him. He seemed unstable and extremely on edge. He still hasn't directly spoken on the incident…until now.

Up until right now there hasn't been a single interview of Fauci speaking on the pitch so we decided to take things into our own hands. We hunted down Fauci for weeks but he was dodging the interview very well.

Today we finally got him. Here it is.

Just hours later an anonymous source informed us that Fauci was spotted at a local New York City farmers market rubbing positive COVID-19 tests all over the fresh produce.

We don't have any leads on his current plans but what we do know is that he is out there and he is dangerous.