Source - Damien Turner has been part of the adult baby diaper lover (ABDL) community for the last 10 years, meaning he wears nappies all day.

But the 28-year-old, from West Virginia, says, his lifestyle has caused problems in his professional life.

Damien has been fired from previous jobs for ‘being childish’ and he’s now unemployed.

Outside work, Damien is often teased about his choices and says he has lost friends.

But he says that others within the ABDL community have welcomed him and helped him feel at home.

He tells Metro.co.uk: ‘Diapers are very convenient, comfortable, and cute. It’s a very nice lifestyle and I wouldn’t want to do anything else.

‘Dressing and acting like a baby gives off a very calm, relaxing, safe vibe. It’s almost as if you were back in preschool without a worry in the world.

‘Employment is hard. I’m constantly in and out of jobs. Sometimes my employers find my pictures online or just can’t put up with the fact I’m wearing a diaper and acting childish in the workplace.’ ...

He says: ‘It’s something I’ve always been into since I was a kid. If I really had to pin it to something I’d say episodes of Spongebob or Tom and Jerry where they are wearing a diaper for a gag or throwaway joke.

If you're interested in knowing more about Damien Turner, or if you want explore his Adult Diaper Baby Lover lifestyle, or simply if you haven't gotten enough videos of a 28-year-old from Mountaineer country swinging around a load in his Depends feel free to access his Instagram account here. But in case I haven't made it clear, this is account of a guy who films himself in soiled diapers. You've been warned.

Reading about Baby Damien and his plight, I couldn't help but think of America's space program. Having nothing to do with the diapers. Just a comment on American manhood. In James Donovan's book "Shoot for the Moon," he describes the early days of NASA, as our nation's greatest minds began to design a craft capable of launching human beings into orbit and return them safely to Earth.

It was going to take a very special breed of men to pilot such dangerous and complicated vehicles. To have the willingness to sit atop a tower of ignited fuel, withstand the G-forces, think clearly and make split-second decisions while flying faster than a bullet from a gun, operate complex machinery in the harsh environs of space with no hope of rescue if things went awry and then to land it with temperatures approaching 3,500 as they plummet through the friction of our atmosphere.

For the first Mercury astronauts, in 1958 President Eisenhower ruled that only U.S. test pilots could apply. They were the ones he deemed up to the challenge. They alone, he decided, had the necessary skills, experience and demeanor,  what Tom Wolfe called "The Right Stuff" to handle such an undertaking. It made sense. By its nature, test piloting is a job that attracts the brave. A few years earlier, fully 25% of all test pilots were killed. Specifically, applicants had to be less than 40 years old, have 1,500 flight hours, a bachelor's degree in engineering or equivalent, be in superb physical condition and no taller than 5-foot-11.

Only 110 men in the country qualified under those requirements. Of them, 70 applied for the job. That's just about two out of every three.

That was 62 years ago. Let's call it two generations from then until now. That's how long it took for us to go from the Mercury Seven: 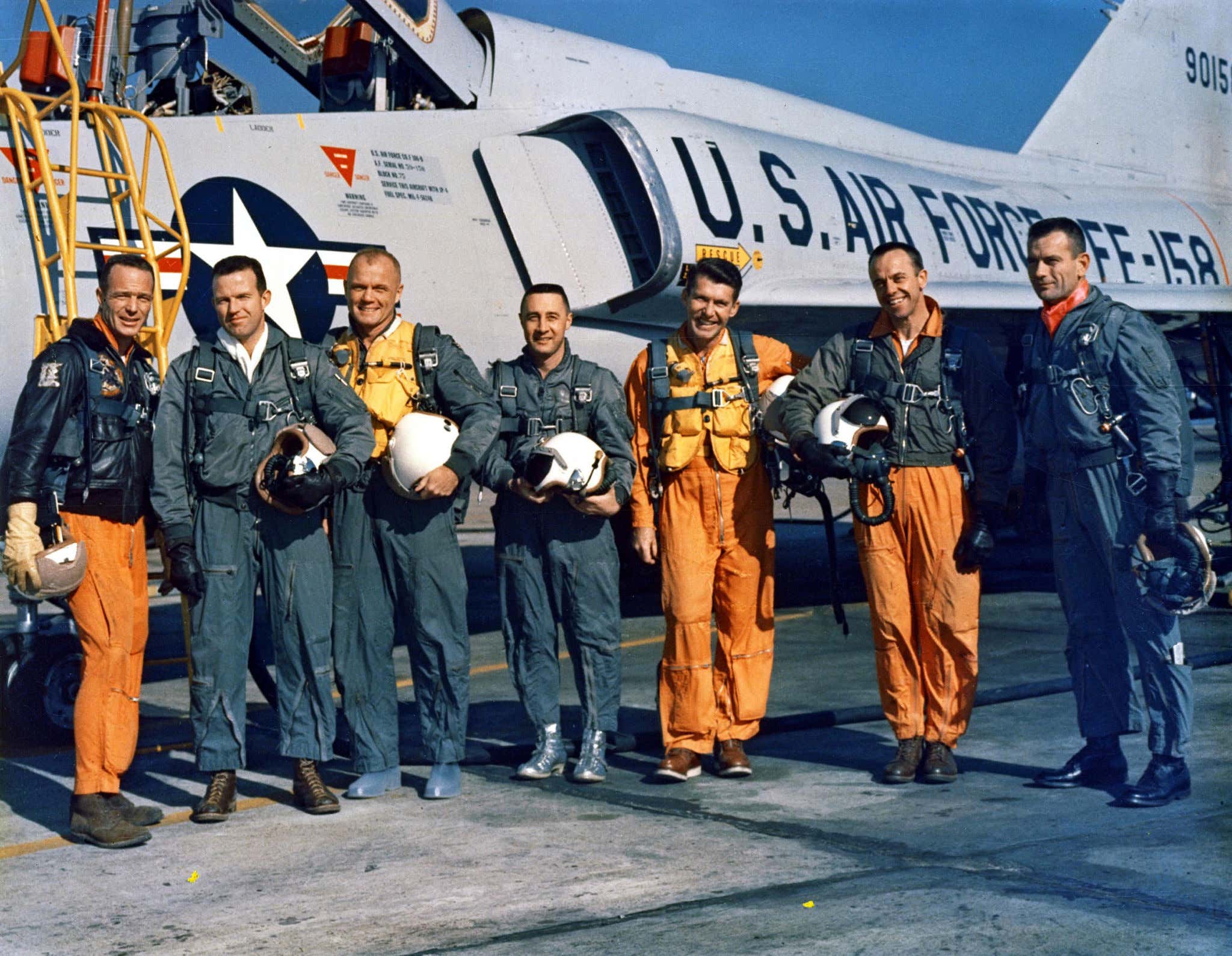 … to the ABDL community. From bold men putting their lives on hold and very much at risk in order to volunteer for the most dangerous mission imaginable using all new, barely tested technology to slip the surly bonds of Earth in order to advance human kind, to Damien Turner. From John Glenn to grown man who infantilizes himself, poops in a diaper because he thought it was fun when a cartoon sea sponge wore one and complains to a news outlet that he can't get a job or hang onto friends.

I weep for my nation. Even more, I weep for our future because I can guarantee you this behavior will eventually be normalized to the point that not only will you not be allowed to say a 28-year-old who lays around in his own excrement and posts it online has crippling mental issues and needs serious psychological help, in five years you probably won't even be able to use it as a reason not to hire him. Mark my words.

By the way, John Glenn went back into space when he was 77. If he'd known this is world he was coming back to, he probably would've kept going.