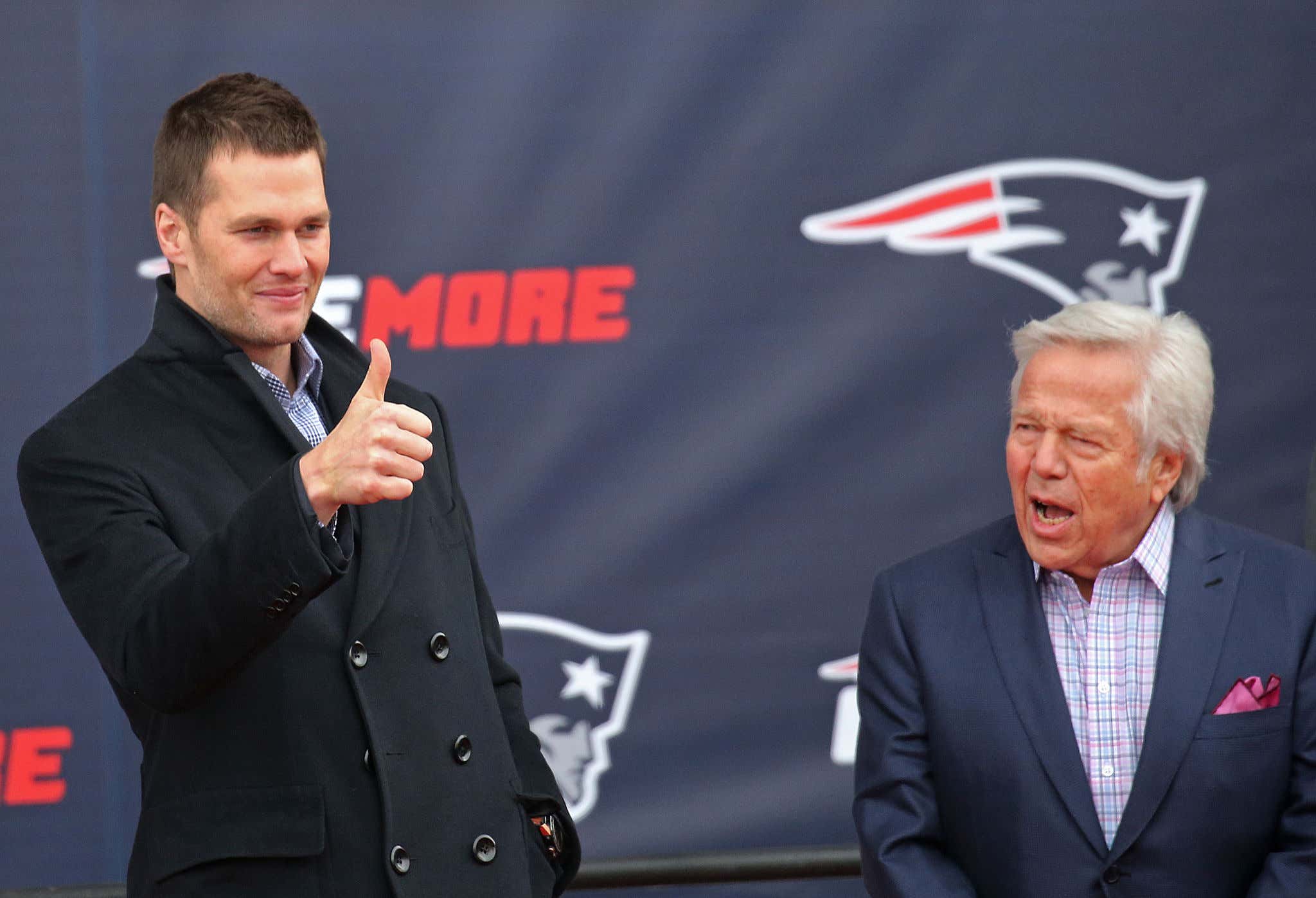 It's a moment in Tom Brady's incomparably illustrious career that will always get less play than it deserves for the simple fact that it did not eventually lead to a Super Bowl ring. The 2017 AFC championship win over the Jacksonville Jaguars and their best in the league defense. The one where the Patriots were down by 10 in the 4th quarter before Brady hit Danny Amendola in the endzone twice for the 24-20 victory. Made all the more remarkable because earlier in the week, Brady's throwing hand caught a buckle on Rex Burkhead's helmet, was gashed open and required stitches, putting his appearance in the game in jeopardy for a few interminable days when no one in New England slept as much as we binge-drank until we passed out.

That would be the game semi-remembered for this weird cold open with John Malkovich:

One thing about that chapter in our lives is that it was one of the Patriots organizations finest jobs ever of keeping an injury under wraps. An notoriously secretive franchise had everyone guessing about the extent of the injury, with contradictory reports from people who claimed they knew someone who knew the full story:

Now, according to a new book coming out called "The Dynasty" by Jeff Benedict, not only was it worse than that, Brady was unbelievably lucky. Not just to play in the game, but to hear the New York Post tell it, to still have a thumb. Practically:

Dr. Matthew Leibman’s cell phone rang. Leibman was the hand and wrist surgeon for the Patriots, Red Sox, and Bruins. He was having lunch outside Boston when Patriots assistant trainer Joe Van Allen reached him.

Van Allen was frantic. “Matt, we need you at the stadium right now,” he said. “Brady hurt his hand. It’s bad. It’s bleeding.”

“Is it his throwing hand?” Leibman said.

Leibman hung up. Seconds later, the image was on his phone. It looked as though Brady’s hand had been slashed by a blade. The base of his thumb was split wide open. The laceration was gaping.

“Holy s–t!” Leibman said to himself.

In 99 percent of the cases where a hyperextended thumb results in a gaping laceration, there is also a fracture or dislocation involved. And the underlying ligaments and tendons are inevitably damaged as well. …

“It looks like the ligaments and the bone and the tendons are structurally intact,” Liebman told Brady. Leibman turned to Belichick and the trainer. “I’m very surprised. Normally with a laceration like this, the bones get pulled in a way that they either break or you tear a ligament.” The tension in the room remained palpable.

“Guys, you don’t understand,” Leibman said. “This is a hyperextension loading injury causing a skin burst. The fact that there’s no fracture or dislocation is amazing.” …

Just four days after a surgery on his throwing thumb that took 25 stitches to close, Brady was compromised. He was also still in a lot of pain. On game day, Leibman could have given him a shot to numb up the area around the wound, but Brady declined, saying he didn’t want to do anything that would limit his feel for the ball. The Patriots, meanwhile, insisted that Leibman be on the sideline in the event that Brady split open his hand and treatment was required during the game.

This is a great example of those moments where you can be grateful the powers that be don't give out information. Where you're better off being kept in the dark. Like with The Manhattan Project or if a giant meteor was coming to wipe us out and there was no time to assemble a ragtag bunch of lovable misfit oil drillers to blow it up. We were better off not knowing that the World's Most Important Hand had beaten 100-to-1 odds and needed 25 stitches to close the wound. Or that the surgeon was standing by with his operating table all set throughout the game. I mean, that is the kind of shit you read about in Civil War field hospitals.

And yet in spite of the massive gash and the 25 stitches and the 99% chance that injury would've ended his season, Brady was immense. He torched arguably the best secondary of 2017 for 26-for-38, with 290 yards, 2 TDs, 0 INTs and a 108.4 passer rating. With a throwing hand injury that would've killed a lesser man. Say what you will about TB12 Fitness and the whole Zen philosophy/psuedo-science of pliability and alkalines and whatnot. But when you can bounce back from that freak injury with that kind of performance and then back it up with 505 yards passing against the Eagles two weeks later, the results speak for themselves.

Even after 20 seasons in New England, we're still finding ways to appreciate how mighty this man truly is. And now once again, I'm bothered by the fact he's in Tampa..