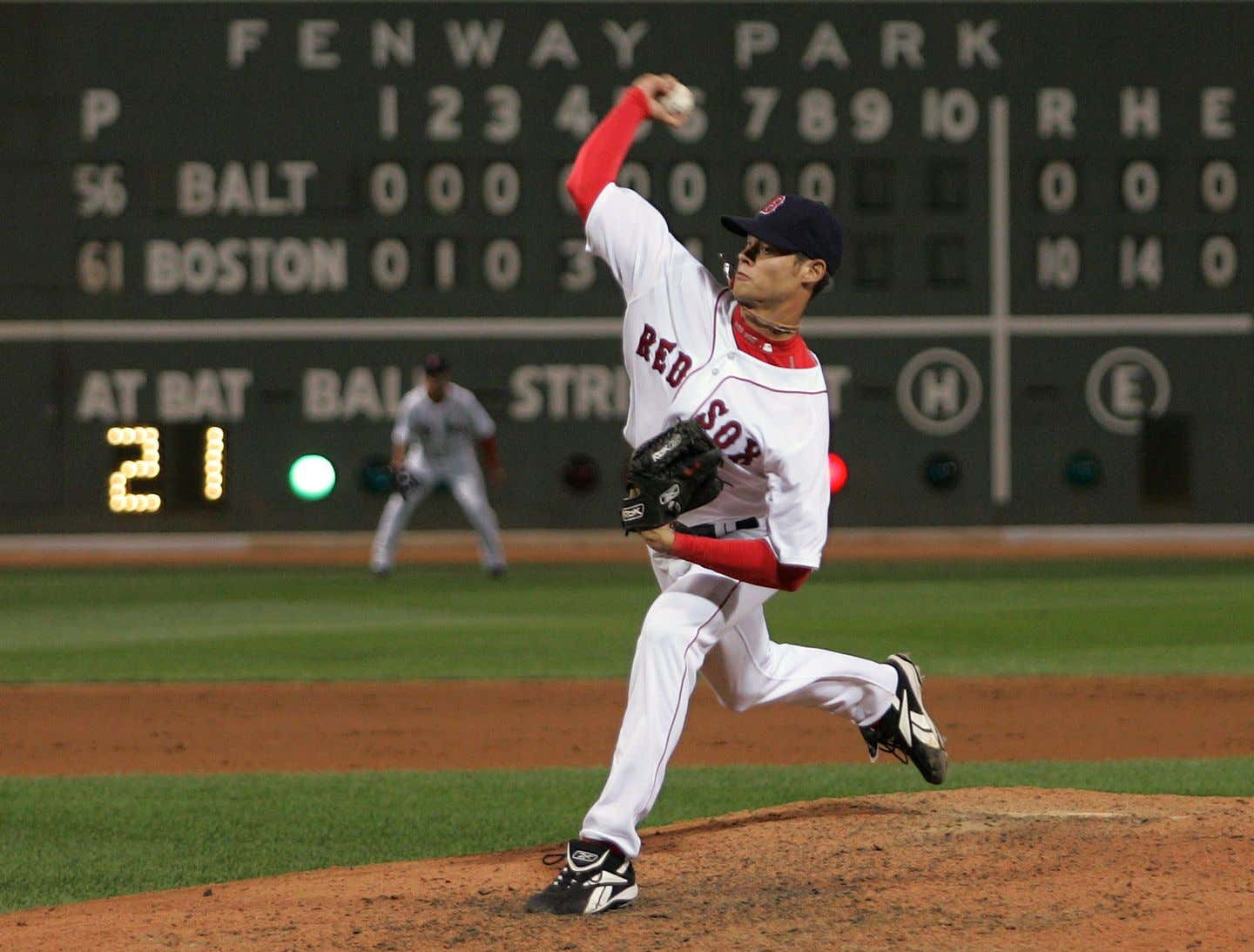 Clay Buccholz making just his second major league appearance for the Boston Red Sox, tosses a No-Hitter, earning his second win as the Red Sox blanked the Baltimore Orioles 10-0 at Fenway Park.  Buccholz walks three batters with nine strikeouts on the way to pitching the No-Hitter. Clay Buccholz was the third player to throw a No-Hitter in his first or second career start, joining Bobo Newsome of the St. Louis Browns in 1953 and Wilson Alvarez of the Chicago White Sox in 1991.

Clay Buccholz was born on August 14, 1984, in Nederland, Texas. He was a supplemental first-round pick by the Red Sox in 2005. It was a compensation pick for the New York Mets signing Pedro Martinez. Buccholz had difficulty in college as he was expelled from McNeese State after he was caught selling stolen laptops on campus. Clay Buccholz would move on to play for Angelina College when the scouts noticed him.

Clay Buccholz made his debut on August 17, 2007, pitching and earning the win as he was called up to start a game against the Los Angeles Angels in a doubleheader at Fenway Park. He returned to AAA Pawtucket and returned two weeks later with the roster expansion. As September began, the Red Sox were in first place at 80-55 for manager Terry Francona while the Orioles were scuffling at 59-74 under Dave Trembley.

Garrett Olson got the start for Baltimore as Clay Buccholz hit Nick Markakis in the first inning, but escaped unscathed. Buccholz recorded a pair of strikeouts in the second inning, as the Red Sox scratched out a run in the bottom of the inning. With a run in the bank, Clay Buccholz found his groove. The Red Sox meanwhile added on as David Ortiz cleared the bases with a double to make it 4-0 in the fourth inning.

Clay Buccholz had a rough fifth inning, walking the first two batters, but after a strikeout of Scott Moore settled down and got back on track. He would also issue a leadoff walk in the sixth, but again settled in and kept his No-Hitter intact. In the sixth inning, the Red Sox doubled their lead against reliever Rocky Cherry as Mike Lowell doubled, and Kevin Youkilis hit a three-run home run. Boston added two more runs off a double by Jacoby Elsbury in the eighth to take a 10-0 lead.

While the game reached the eighth inning and Clay Buccholz pitch count neared 100, Terry Francona wrestled with keeping him in the game. In the seventh inning, Dustin Pedroia kept the No-Hitter intact with a great diving stop. However, Jason Varitek, who was in the midst of catching his third of a record four No-Hitters, told the manager that the velocity was still good for the rookie hurler. In the ninth inning, Clay Buccholz had two strikeouts, including one on Nick Markakis to end the game.