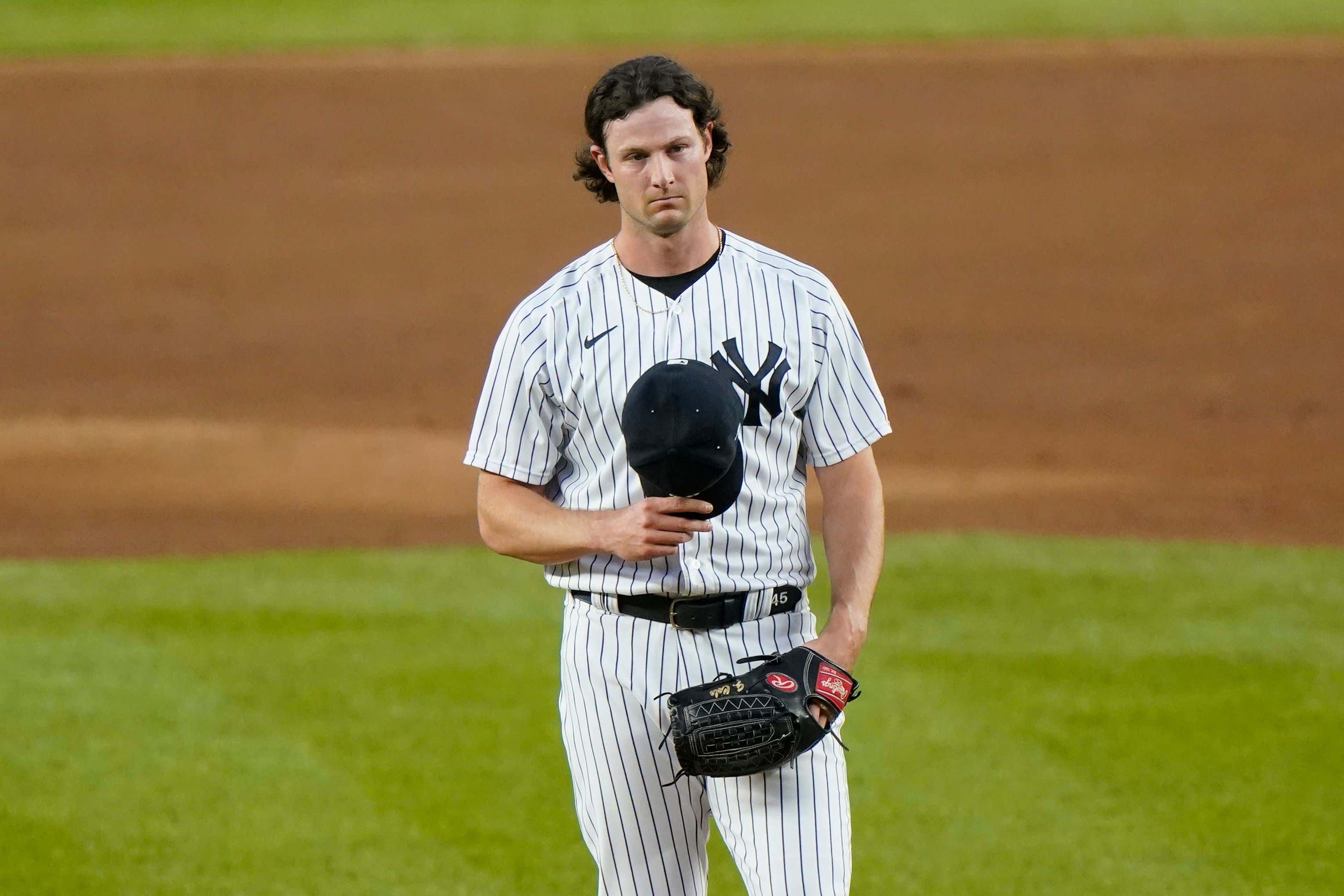 Gerrit Cole took the ball tonight in what I described as a playoff type game against the Tampa Bay Rays. Can anything in the regular season really be described as a playoff atmosphere with zero fans being in the stands? Probably not, but given the Yankees weekend and how they only have this series remaining with the Rays, I envisioned this as a big baseball game in the Bronx. I don't believe I was alone in that feeling.

For the second consecutive start Gerrit Cole was rocked. Two more homers to add to his league leading 12 on the year. Now listen, Gerrit Cole gives up homers. It's part of the deal. You recall his unbelievable season last year? Well he served up 29 bombs to go with his 2.50 ERA. Elite pitchers give up homers because it's usually the best way to score off them since stringing together multiple hits in an inning is unlikely. That being said, the Cole we've seen over his last two starts is not his usual self. Tonight he had issues getting left handed hitters out. Ji Man Choi continued to terrorize the right hander with his seventh and eighth hits against him in just twelve lifetime ABs.

Kiermaier got around on 97 leaking over the middle of the plate and sent to the second deck.

Dude is missing his spots and it's leading to homers. It's not great, but it's correctable and it will be corrected. Any Yankee fan that is genuinely worried about Cole after two bad starts needs to slap themselves in the face. Get a hold of yourself. He'll be fine. Better to have these issues now rather than later in October. I get that technically it is half way through the year, but it's not for a pitcher and his adjustments. Remember how last year went with Gerrit right? First 11 starts he posted a 4.11 ERA. His final 22? Cole posted a 1.78 ERA limiting opponents to a .171 batting average. I know it's exhausting to hear it, but he'll be just fine and the panic button does need to be pressed.

As for the offense, well Tyler Glasnow was damn near untouchable in this one. When I watch him pitch, and that's happened quite a bit this season with how the schedule has played out, I often wonder how anyone touches this man. Guy has some of the nastiest stuff in the game.

For almost six innings, the Yankees did not in fact have a hit against Glasnow. I will forever resent the Pirates for just handing over Austin Meadows and Glasnow for Chris fucking Archer. Disband the Pirates front office and ban them from baseball.

The Yankees offense tried to mount a comeback late, but they were futile in their efforts. It is worth noting that Luke Voit is now tied for the Major League lead in home runs

Okay sorry I had to distract myself from the bad for a second. Yanks stand at 19-14 as the top of the AL East continues to drift further and further away. Gerrit Cole needs to figure his shit out and the offense besides Luke Voit, DJ, and Gio needs to get their head out of their ass. Tanaka goes tomorrow against Trevor Richards and the Yankees need to score runs for Masa. Period. Get the man an early lead and let him pitch in front.

P.S. Jordy Mercer can't possibly continue to start for this team. The same with Brett Gardner. Holy moly do those two fucking suck.