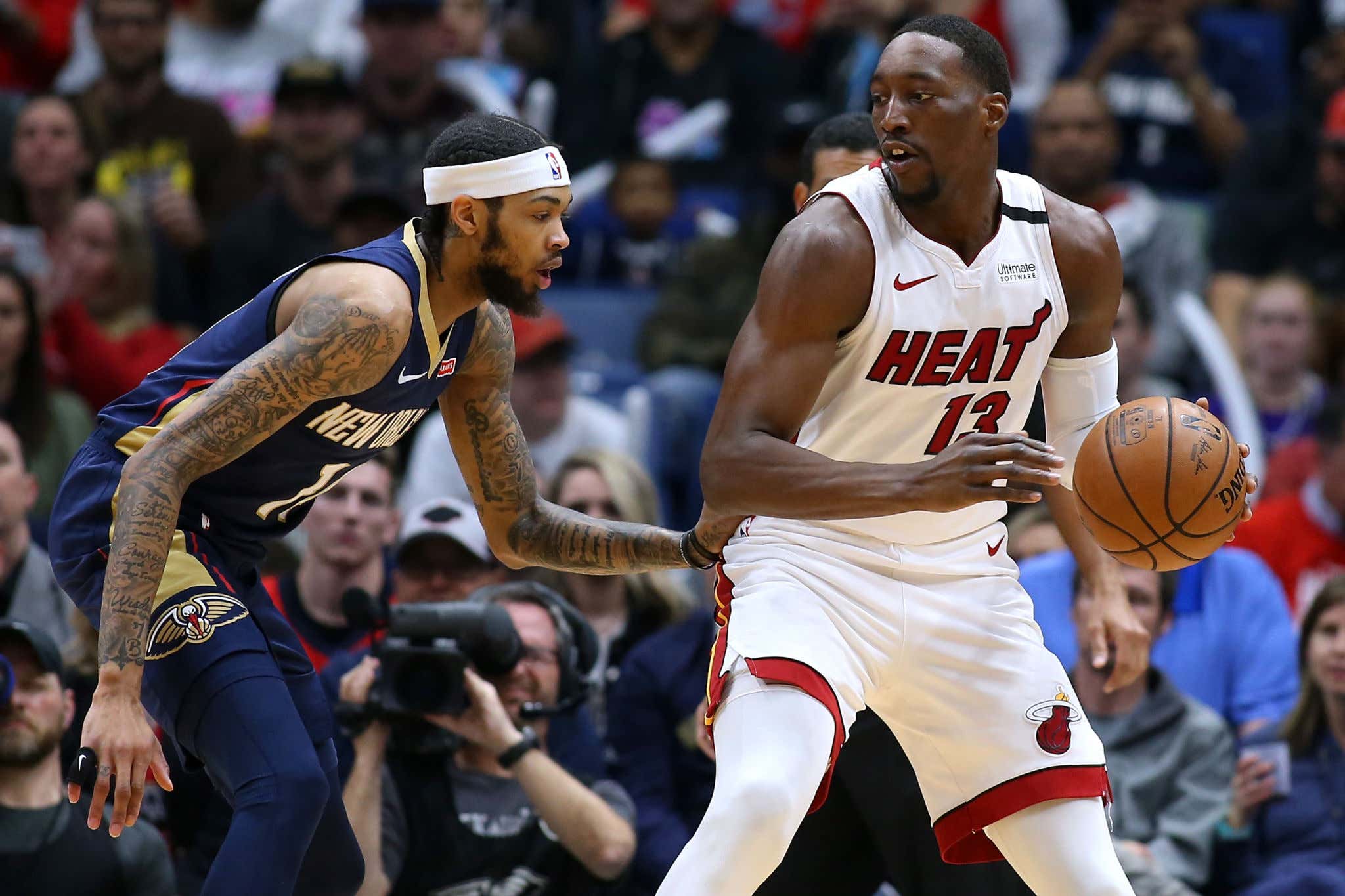 First off, congratulations to Brandon Ingram on a monster season and winning the Most Improved Player award. You may have preferred someone else as the MIP, but at 23.8/6.1/4.2 I can see why he ended up winning it

But that doesn't mean there wasn't drama surrounding this award. This is how the final votes shook out 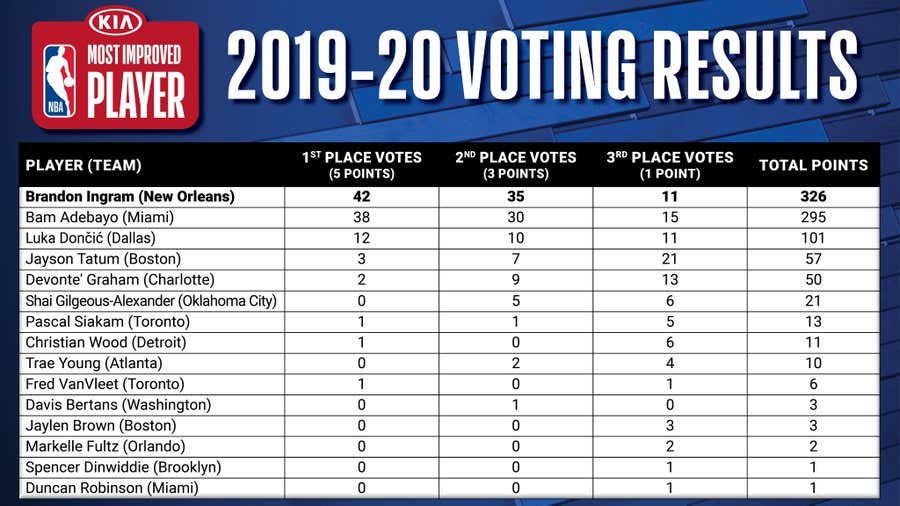 Personally, I thought this was Bam's award. His leap from last year to this year was so massive

Seems to me like his leap was a little bit better than Ingrams compared to last season. I'm also a little surprised that Jayson Tatum had more votes than Devonte Graham. Listen I've enjoyed Tatum's leap as much as anyone, but that shit isn't right. I know Graham agrees with me

When it comes to MIP, I'm conflicted if you should even include high lottery picks. Like no shit those guys are going to get better. I think of this award more for guys like Bam, players taken at the end of the lottery that have turned into All Star talents and legit two way monsters. Remember, Bam also finished top 5 in DPOY voting. That's why it's wild to me that he didn't win it. Ingram can score, but that's about all he has on Bam, and the offensive gap isn't nearly as large as the defensive gap he has compared to Bam.

I would have gone

for my Top 3. I'm giving Ingram the edge above Graham because he proved he could be consistent and efficient from deep after not having that in his game at all as a Laker and I felt like he had a better all around season.

In the grand scheme of things the MIP doesn't really matter, it's not like we're talking MVP or anything like that, but I feel for Bam. He got boned. Now I'm interested to see if he takes this screw job out on the Bucks. Only him and Tatum are still alive among the top 4 in voting, and something tells me he's going to make a lot of voters feel silly they went in a different direction.