Source - Terrifying footage captured the moment doctors pulled out a 4-foot-long snake from a Russian woman’s mouth after the serpent had slithered in while she slept outside, according to a report.

“Let’s see what this is,” a man is heard saying in the video as a clearly horrified doctor pulls out the cold-blooded creature from the woman’s body, the Sun reported.

It was unclear if the snake was alive or how long it had been inside her before she was rushed to the hospital after feeling unwell, according to the outlet, which noted that it could not independently verify the authenticity of the video.

The Ministry of Health in the Republic of Dagestan said it was investigating the video, the Sun reported.

What. The. Fuck. I'm not even grossed out I'm just shocked. How does this happen? You sleep with your mouth open and SNAKE slithers down your throat? And you don't wake up? I'm skeptical as to whether or not this is real, but from what I can tell it is? Maybe?

The Sun also reported on it...

The creature had reportedly slithered inside her as she slept in the yard of her home in Russia.

Feeling unwell, the young woman was reportedly rushed to hospital where she was put under general anaesthetic. It is unclear if the snake is still alive or how long it was inside the woman.

The Ministry of Health in Dagestan, a mountainous republic bordering the Caspian Sea, have said they are investigating the video.

Locals say such incidents happen infrequently and older citizens advise the young not to sleep outside because of the risk of snakes slithering inside their mouths.

The woman patient was not identified, nor was the type of snake specified. Some commenters claimed the creature could be a parasite or giant worm but it appears too big for this.

And the nurse's reaction seem authentic… 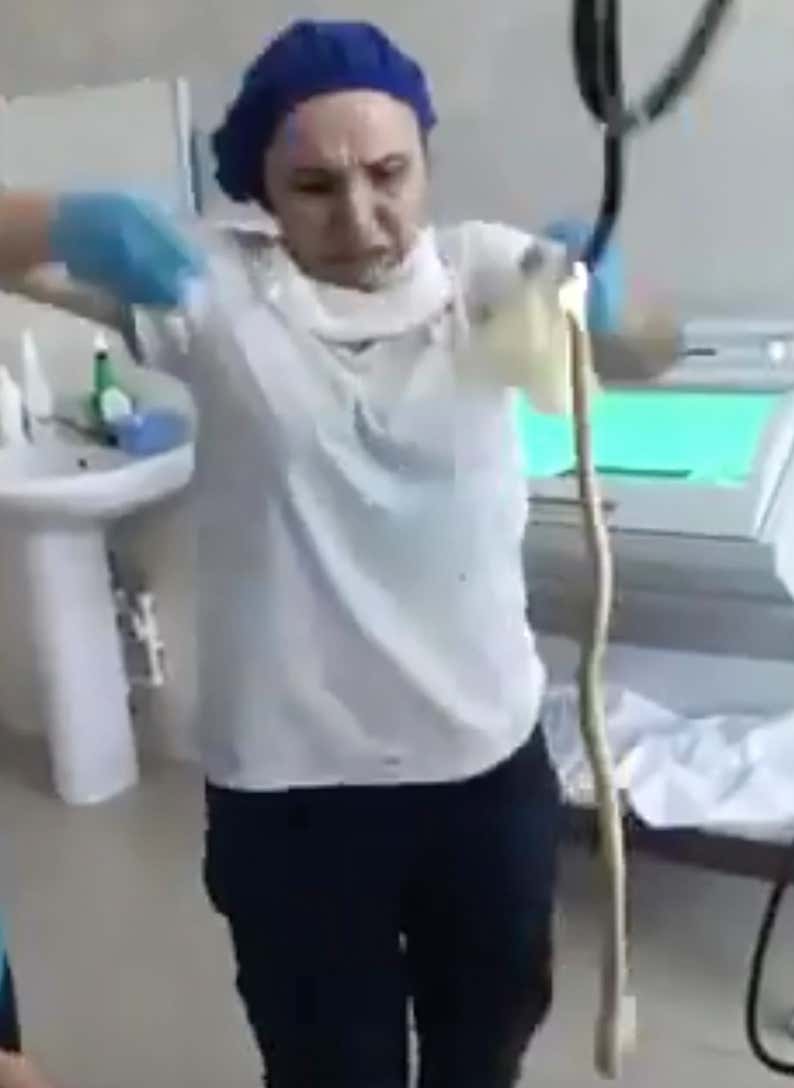 Whatever the case, all I need is one story like this per year to remind me of why I'm an indoor girl. Can't have snakes slithering down my throat uninvited. No need for a joke there. Hopefully that lady is okay and she starts sleeping indoors again. Would hate for this to happen twice.