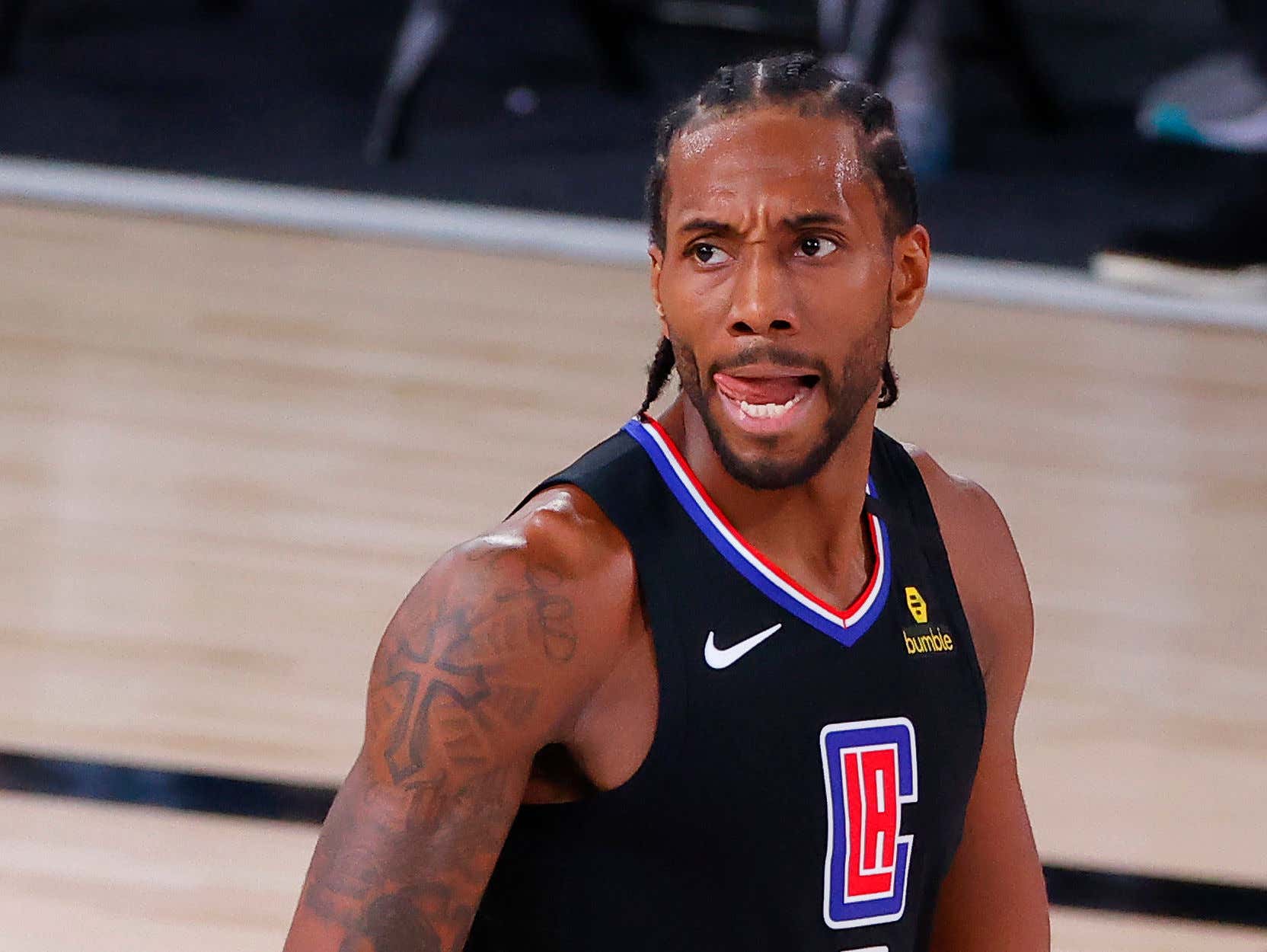 This is a question that heading into the playoffs I feel like wasn't that hard to answer. It was your usual suspects like Kawhi or LeBron or Giannis or Tatum etc. Well the one thing we've learned so far through the first round is there are a whole bunch of other guys who are proving to be absolutely nails in the biggest moments. It made me wonder if we are going to have to readjust our thinking when it comes to who some of the best closers in the game are.

Sure this is a small sample, but we're talking right now in this moment of the playoff run and when you look at the numbers things are pretty crazy. We'll keep this to guys that are currently still alive, so unfortunately that means guys like Dame or Luka are both ineligible.

OK so this is a group of guys I think we can all agree with that if your team is down and needs a big late game shot, you give it to these players

Kawhi might be the best guy in the entire field who you know will be calm in those final moments. The thing is, you better only be down 1 or 2 because he's only shooting 25% from three in clutch situations.

You look at Harden and the numbers are pretty interesting. His efficiency in these late game situations has been awesome both from three and from the field, but his overall rating is pretty damn low.

The tough part of the Lakers destroying the Blazers was there really wasn't any "clutch time" situations for LeBron. But listen, I've seen enough over his 17 year career to know that once you get to the playoffs and have an engaged LeBron who is aggressive, you want the ball in his hands late with the game on the line.

If you need a 2 pointer, it's hard to go wrong with CP3. The master of the midrange he's among the league leaders in clutch FGA at 4.0 a night and is shooting a nice 50%. He was one of the best clutch players during the entire year and it was a huge reason why OKC was a pleasant surprise. If you need a three though, I would actually go with Schroder. He's shooting 60/100% in the clutch.

This is a group of guys that you probably didn't think of if someone asked you this question before the playoffs, but they have proven to be NAILS so far in the postseason in the biggest moments.

Look at those numbers again. We know Murray has been insane in his first round series, but he is getting even better as the moment gets bigger and bigger. That's pretty wild. There might not be a more locked in player still alive in the field and that's pretty wild.

When you think of this team and late game shots, most people probably think those should go to either Tatum or Kemba. But here's the thing, Jaylen has been their best and most consistent clutch time shooter basically all season. He's taken twice as many "clutch shots" as anyone else on the roster this postseason and has been tremendous. Whether you're down 1, 2, or 3, Jaylen can get you those buckets. Not bad for a 3rd option.

It's not surprising that Mitchell has a high clutch points per game average, he's UTA's only offensive weapon. But what surprised me is how efficient he's been in those moments, especially from three. How many times have we seen him come down and answer a Murray bucket with a gigantic three of his own? He's playing on another level as well for the Jazz and it's why that series has been so much fun.

So where would you lean? You brain says to probably go with the old reliable with maybe Kawhi/LeBron, but I dunno. I think right now, right this second, the answer has to be Jamal Murray. Until he shows he's coming back down to earth, I want him taking every big shot. There is not a single person out there that would have said Jamal Murray would be a better playoff clutch time performer than Kawhi, but that is exactly what has happened. So as of right now, my vote is for Jamal Murray. Who you got?