(ASIATIMES) It may look like a slick motorcycle with propellors, but it’s actually a flying car made by Japan’s SkyDrive Inc. — and yes, it can fly.

In a test flight video shown to reporters on Friday, the contraption, with one person aboard, lifted 1-2 meters off the ground and hovered in a netted area at Toyota Test Field for four minutes, CGTN.com reported.

Local media outlets said it was the first public demonstration for a flying car in Japanese history.

Tomohiro Fukuzawa, who heads the SkyDrive effort, said he hopes “the flying car” can be made into a real-life product by 2023, but he acknowledged that making it safe was critical.

That's just a giant drone. A flying car needs to be able to do two things, drive and fly, and I don't see any wheels on that thing. It's just a shame because human beings have been saying flying cars are right around the corner for decades.

the first "autoplane" was actually unveiled in 1917, and many similar efforts have followed. Henry Ford predicted the flying car was coming -- in 1940 -- and there have been numerous false alarms ever since.

Yet now it's 2020, Elon Musk is getting ready to mine Gold from asteroids and put microchips in our brains, and flying cars are still years out (at least) from being practical. Now there actually is one flying car on the market right now that you can pre-order, The Pal-V

It will cost you between 599K-399K depending on which model you pick. 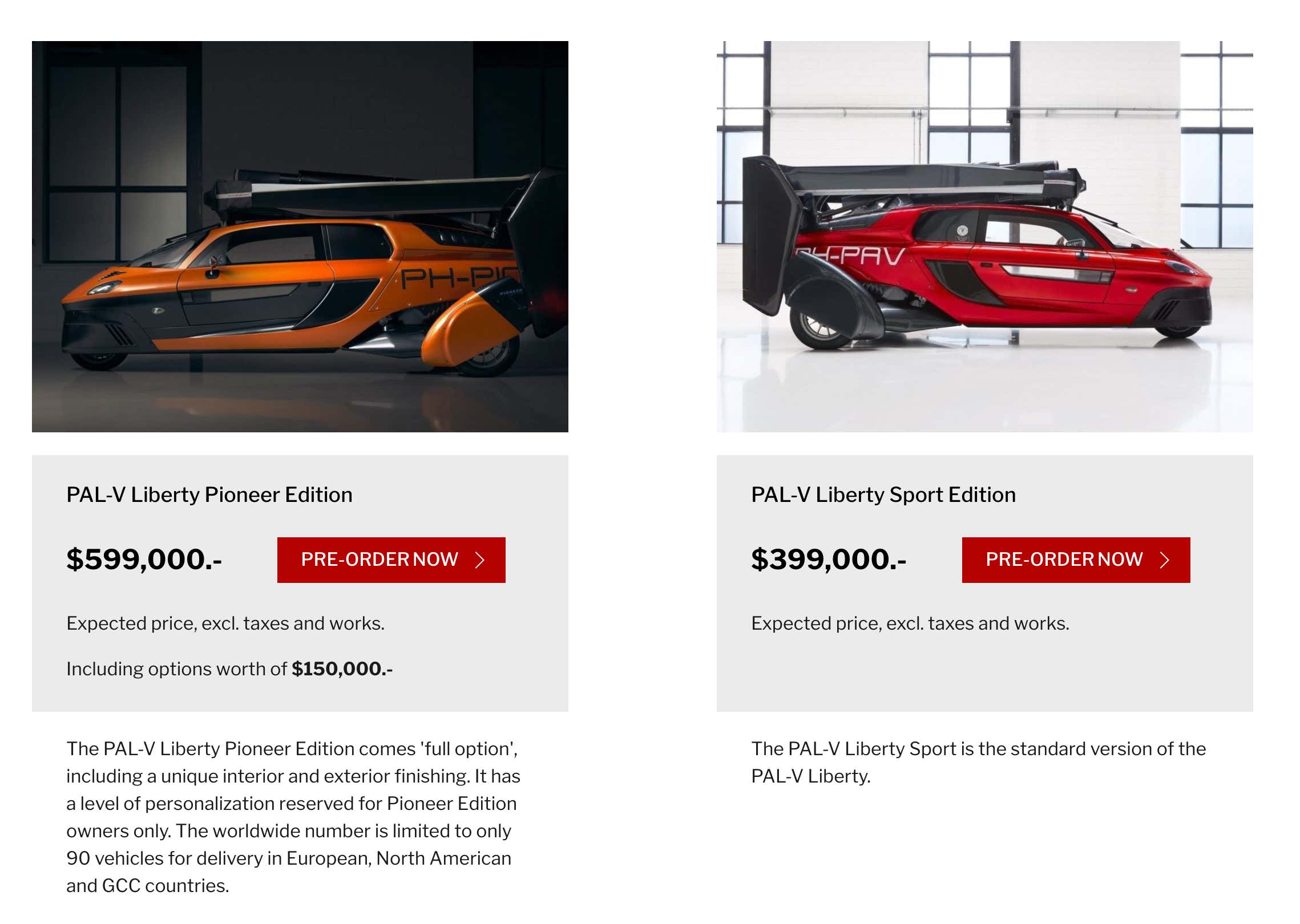 With some of the fanciest cars in the world costing over a million, I'd say thats a reasonable price for a flying car. Especially seeing this is a true flying car and not just a drone, being able to reach speeds of 160 km/hr on land and in the air. However, this company first promised deliveries in 2019, then pushed delivery date to 2020, and then just pushed it back again to 2021, so who really knows when you'll see one of these in the sky.

To end on a positive note though, I DO think we'll start see flying taxis in use by the end of the 2020s. (although I'd classify them as passenger drones and not what Bruce Willis drives in the 5th Element).

(CNBC) major brands like Toyota, Uber, Hyundai, Airbus and Boeing are promising to whisk riders through the skies in flying taxis, the dream is getting closer to reality. The goal is to link urban centers with suburbs while leapfrogging traffic — air taxis could cruise at 180 mph at altitudes of around 1,000 ft to 2,000 ft. But NASA has reported they can go at an altitude up to 5,000 ft.

It’s a market that should continue to mature during this decade and then boom globally. The autonomous urban aircraft market may be worth $1.5 trillion by 2040, according to a Morgan Stanley Research study.

Uber has said it wants to begin testing of vertical takeoff and landing vehicles in 2020 and launch its first official ride three years later, rolling out services in Dallas, Los Angeles and Melbourne. It aims to make flying taxis cheaper than owning passenger cars. Uber Elevate is planning to begin demonstration flights this year.

At best though, UBER Elevator is just going to be a cheaper and more futuristic version of BLADE, a company that already transports commuters via helicopter. So I think it's safe to say you can kiss your Blade Runner dreams good bye.