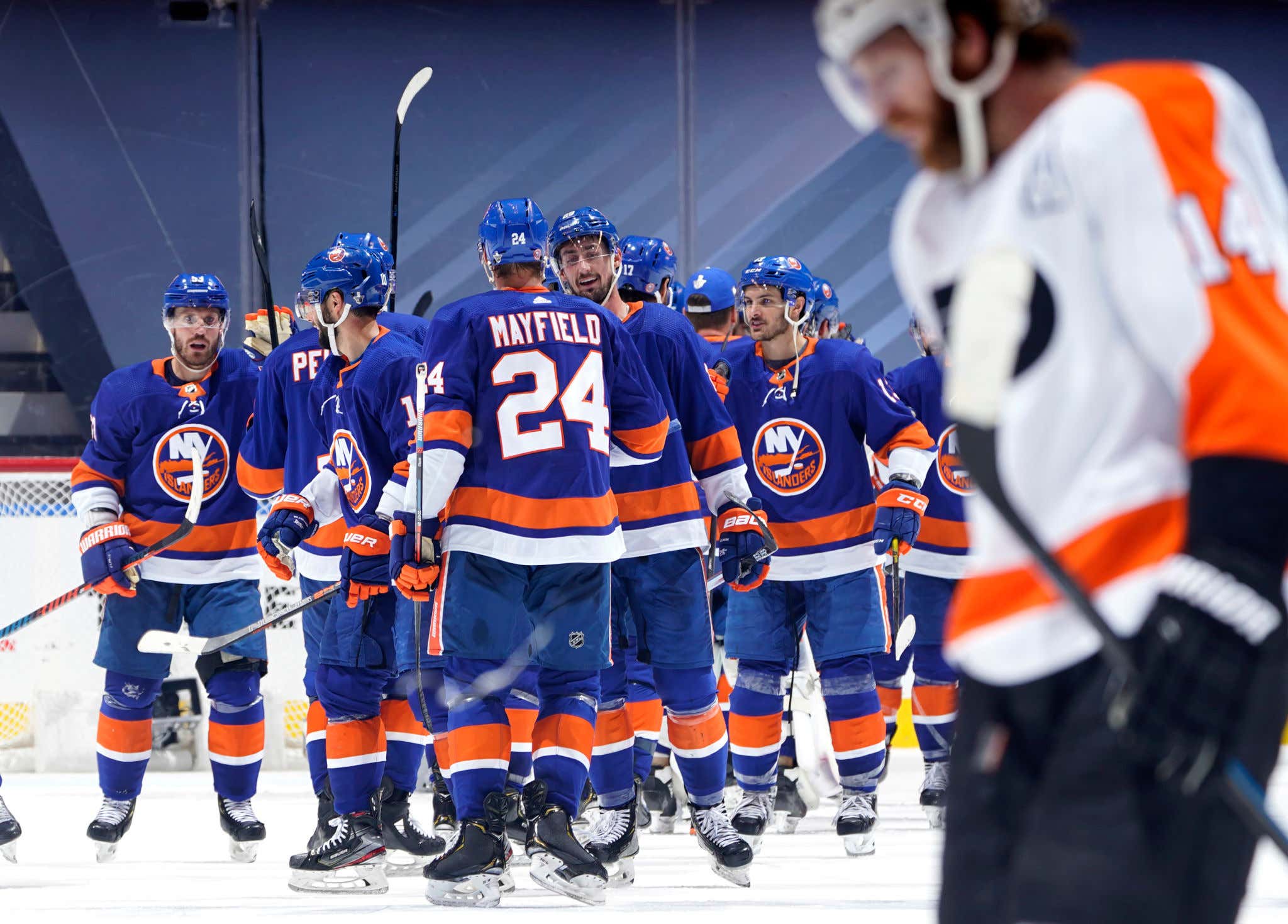 You know how every once in a while you'll come across a story about a man who had a gun in his pocket, forgot to flip the safety on and then he ends up accidentally getting shot in the dick? Plaxico Burress knows what I'm talking about. And when you see those types of stories, you sit there thinking to yourself "wow, what a fucking idiot. How could anybody possibly be that dumb for that to happen?".

Well, folks,,,,,that's essentially what watching the Philadelphia Flyers men's professional ice hockey team has been like over the past couple of weeks. Because it's starting to appear as if the Flyers are addicted to shooting themselves in the dick. And after last night's game 4 loss, their dicks are almost completely mangled beyond repair at this point. Just take this first Brock Nelson goal for example.

If this goal looks familiar to you, it's because you've seen it happen to the Flyers at least several dozen times before. In fact, you've seen this exact goal happen just a couple of games ago late in the 3rd period of game 2.

All of the Flyers' forwards are exiting the zone but the Isles' forecheck remains heavy. The Sanheim-Myers pairing both feel confident enough in their puck-moving abilities to snap a stretch pass out of the zone to breakout and start transition. Sanheim was a little too confident on that breakout pass in game 2, and Myers was too confident in that one last night. The end result is a turnover at their own blue line, the Flyers' forwards are unable to get back in time to bail out of the D on the turnovers, the puck ends up in the back of the net and we've got a faceoff coming up at center ice.

And I get it. The Islanders are a bitch to play against and you want to try to catch any break you can to get some transition going against them. Their defensive structure is so frustrating that it fucks with your head and makes you take a few risks you really shouldn't be taking just to try to catch them off guard in transition. But it's a trap. And the Flyers just can't seem to get themselves out of it now.

The turnovers, the one-too-many passes in the zone, the immediately following up scoring a goal by putting the 4th line out on the ice and losing momentum. The Flyers are down 3-1 in this series right now to the Islanders, and they're also down 3-1 to themselves. Their dicks are hanging on by a thread right now and considering there hasn't been any extended period of play during this series aside from the 1st period of game 2 when the Flyers have truly looked like the superior team…well winning the next 3 games straight sure as shit seems easier said than done and it sounds hard as shit to be said.

Good news is that you need to lose 3 games in order to win in 7. So technically speaking, the Flyers have this series right where they want it. It's called science, look it up.