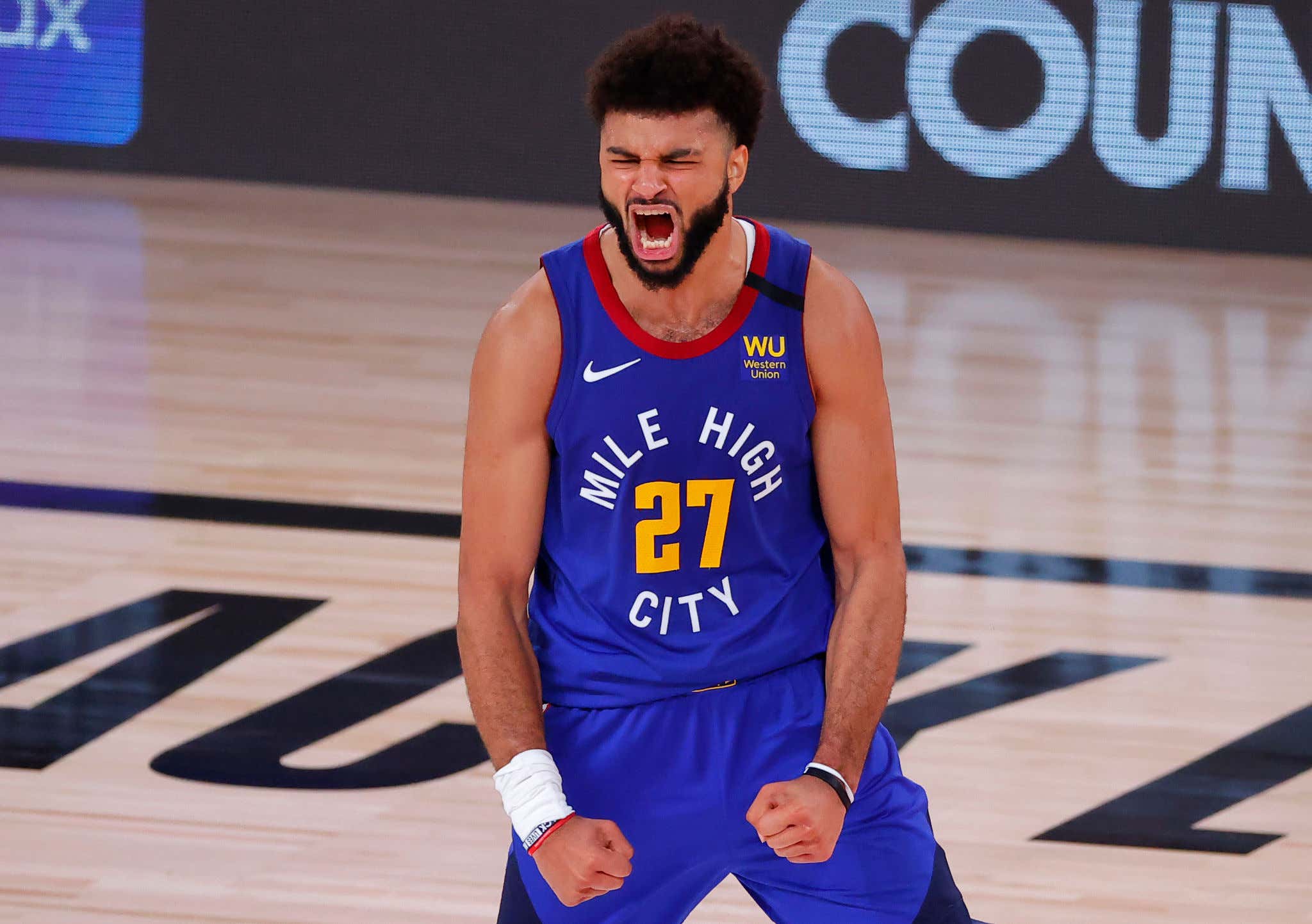 Good morning everybody happy Monday and welcome back to another edition of Last Night In The NBA where we bring you up to speed on everything that went down from the day before in the Association. We had another three games on the schedule on Sunday with things getting a little wacky due to the Raptors and Celtics playing their second round game while the rest of the other games were still the first round. Welcome to bubble life. Just like we do every day, if for whatever reason you were busy on Sunday and couldn't watch the action that's OK, here's what happened.

We'll be talking in depth about the Celts beautiful second round debut, so for this blog we can focus on the Raptors. The big thing is you obviously don't want to panic. This may have been a wire to wire beatdown, but it's beyond early. This series is just getting started and will have peaks and valleys for both teams. Dropping Game 1 isn't the end of the world and that would still be true even if the Celts were the one to catch the L.

Having said that, there is a little cause for concern if you're the Raptors. I mean Pascal Siakam once again does not look like the All Star/All NBA player this team needs him to be if they want to make a deep run

As you can see in that video, nothing was working. When he tried to take someone into the post, he learned that the Celts size was making it hard for him to do anything. When they left him open on the perimeter, his shot continued to be trash. It was a tough 5-16 performance in his 33 minutes and the Raptors need to find a way to get him going after what has been a pretty brutal postseason so far.

The thing is, it wasn't just Siakam. The Lowry/VanVleet backcourt was also a big time problem. Not only were they getting abused on the defensive end, but then offensively they combined to shoot just 8-28. They really struggled against this Celtics defense, especially VanVleet who was also just 2-11 from three

As a team they shot just 36/25%, but here's the thing. The Raptors missed a lotttttttt of wide open looks. Chances are that doesn't continue this entire series. If one or two of their momentum threes dropped, this could have been a different ballgame. Sometimes it's just a matter of being a make or miss game and this was a day the Raptors couldn't buy a bucket. My guess is they bounce back and shoot much better in Game 2.

This was a series I really wish was able to go to a Game 7. The games have been too good and Luka and Kawhi are too awesome, it's a shame this is now done. You knew once Porzingis was declared out for the season that this was the most likely outcome, and I'd say Luka's first ever playoffs was pretty damn impressive

He put up 38/9/9 on 15-28 shooting in 41 minutes on a bum ankle. Not bad. He nearly brought them back in the fourth before Kawhi decided enough was enough. I think the general consensus is that despite the first round loss this was a positive for Luka and the Mavs, and now the question becomes if Porzingis can stay healthy to actually be a legit #2.

Yeah you can't karate chop someone. That's an easy no no. You factor that play in with the suspect stepping on Luka's ankle in the last game, no way Mook was getting the benefit of the doubt. The problem was nobody other than Luka really stepped up offensively for the Mavs outside Finney-Smith

and they basically needed to be flawless to have a chance of extending this series.

For LAC, Kawhi is a robot. What else is there to say? The man was on a mission down the stretch of this game and took closing this series out into his own hands. It was beautiful to watch

33/14/7 with 5 steals on 14-23 shooting. He went 9-10 from the field for 22 points in the second half including 4-4 in the fourth quarter. Whether it was attacking the rim, cashing in from midrange, whatever Kawhi wanted Kawhi got. But we know Kawhi is capable of this, the surprise and a huge reason they closed this game out was because of Reggie Jackson's fourth quarter

Huuuuuuuge threes (4) in the fourth and considering Paul George went back to kind of being terrible (6-19), the Clippers needed that secondary scoring very badly. The Clips defense showed up after the initial 12 minutes holding the Mavs to just 17, 23 and 23 points, and we're now one step closer to getting the LAL/LAC matchup we all want to see.

I'm not sure there is another player that is in the same universe as Jamal Murray right now. That might be because I'm typing this right after watching him become a living inferno and drop 50 points for the second time in three games

but I honestly don't think it's that far fetched. He's playing at such a high level right now that I'm not sure what the Jazz do. You'd think maybe they'd just blitz him over and over to try and get the ball out of his hands, but let's not pretend like the Nuggets don't have other legit offensive weapons. Murray is killing the Jazz from all three levels, off the catch as well as off the dribble, and thankfully we are going to get a Game 7 in this first round. The games have been too good to not get a do or die Game 7.

The thing is, while Murray will get a lot of the headlines because of his ridiculous play, there's also Nikola Jokic who once again outplayed Rudy Gobert

He had 22/4/9 and was great in that secondary scoring role. The same is true for Jerami Grant who had 18 huge points on 6-9 shooting with 4 3PM

This was also a game we saw Gary Harris return to the lineup, and while he was limited in his 20 minutes he did end up a +16 and he does bring another capable defender/shooting into the mix. Once you get to a Game 7 anything can happen and I'd say it helps having the hottest player in the NBA on your side.

his shot making this series has been utterly ridiculous as well. Watching him and Murray to back and forth is some of the best theatre we've had in this entire first round. But for the Jazz to win Game 7, someone has to help this man. Mike Conley has been solid since returning to the lineup after the birth of his kid

but where is Joe Ingles? He's been pretty brutal this series. Jordan Clarkson came back down to earth which was expected, and if Rudy Gobert is pulled outside the paint he's essentially useless. The Jazz are supposed to be defensive monsters yet they can't seem to contain the Nuggets offense. That's an issue that you probably want to figure out before Game 7.

Either way it's a little unfortunate that whoever wins that game has earned a date with the Clippers, but I have no doubt that it's going to be must watch stuff.

And that's it! You are now all caught up with everything that went down last night in the NBA. We're back today with two more games, so while it sucks that all day basketball is now a thing of the past I think we can all agree these playoffs have been fucking incredible. Have a great Monday!