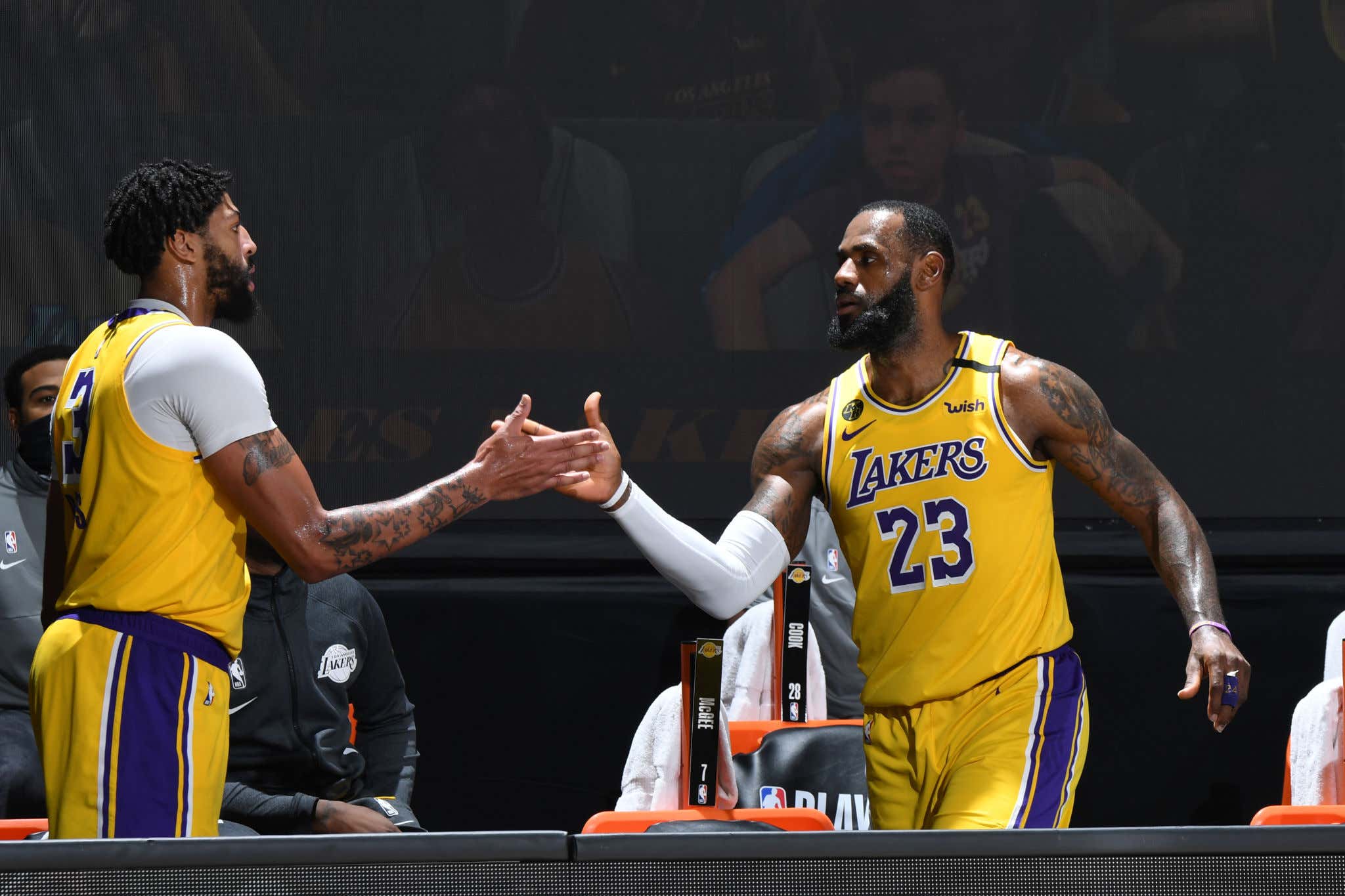 Good morning everybody happy Sunday and welcome back to another edition of Last Night In The NBA where we bring you up to speed on everything that went down from the night before in the Association. After a two day break the games returned on Saturday with the three games that were supposed to go down on Wednesday. A couple closeout opportunities and all ever important Game 5 was on the slate and for the most part things went how you think. As always if for whatever reason you got busy and couldn't watch, here's what happened.

Give the Magic credit, they hung around for the first 12 minutes. I think we all knew it was only a matter of time before the Bucks closed this series out ever since they recovered from their Game 1 debacle. Overall I'd say the Magic's experience the bubble was mostly positive. They were without key guys for most of their stay and they remained competitive, Those are reps their young guys can build on. Take Nikola Vucevic for example, he was a monster this entire run and that was no different yesterday with another 22/15

The problem is when you are playing for your playoff life, you can't shoot 39/36% against a team like MIL. That's almost never going to work out in your favor. But don't focus on that as a Magic fan. Instead focus on guys like Markelle Fultz making real, tangible progress

and use this as a building block for next season. Who knows, if they can avoid MIL next year maybe they win 2 games or something.

For MIL, like I said this was only a matter of time, the series was never in doubt, so really this is all about enjoying the dominance of Giannis

and more importantly, finding a way to get Khris Middleton to look like Khris Middleton again. He still wasn't all that efficient in this one (7-16), but he did have a nice all around 21/10/7 in his 33 minutes

Against a red hot MIA team, the Bucks getting their All Star version of Middleton is fairly important. There are still questions around their guard play, both Wes Matthews and Eric Bledsoe weren't tht great at a combined 4-16, but now we'll see what this team can do when really challenged. Their next round is going to be must watch stuff.

I am far too lazy to look it up, but I'm pretty confident in saying that when a series is tied 2-2, whoever wins Game 3 usually goes on to win the series. I'm sure there are some exceptions to that, but there's no denying that a Game 5 like this is very very important to win. That's why we saw Russell Westbrook come back. Even though he mostly didn't do anything scoring wise finishing with 7/6/7 on 3-13 shooting

The Rockets had more than enough offense to make up for it. Three starters with at least 20 points

this might have been Harden's best game this series. What are you going to do when he goes 11-15 (4-8) from the field? He was a team best +28 in his 28 minutes and was a huge factor in their big 3rd quarter where they went on a 19-2 run or some shit to put this game away. They had to do this all without PJ Tucker who was tossed after he got punched in the dick by Dennis Schroder

and then in the fourth it was all about Robert Covington knocking down a billion threes. The Rockets made 19 on the night and only turned it over 11 times. Westbrook didn't have a single one! Barring something crazy, this one feels like it might be over.

For OKC, yeah not the best shooting performance these eyes have ever seen. In fact, it was down right gross. Just 31/15% with 18 TOs, this was the worst we've seen OKC play this entire bubble. They couldn't stop turning it over on entry passes, Lu Dort went 3-16 and 0-9 from deep while also not stopping Harden, the guard trio certainly did not live up to their expectations

and would it shock anyone if Schroder was suspended for Game 6? He very clearly punches PJ Tucker right in the groin. I bet the league looks at that and suspends him.

The Thunder picked a bad night to just not make a shot, and now with Westbrook back and healthy they certainly have their hands full.

Hey admit it, you were surprised that the Blazers kept things this close without Dame. They shot 47/48% on the night and despite their 19 TOs were actually in this game. It was tied at the half! Things got away from them a big in the third and that was that, but lets give some credit to both Melo and CJ McCollum for showing up and still fighting

Much like the Magic we were all expected the Blazers to be sent home, but there's something to be said about not rolling over and just giving up.

For LAL, all you need to know is LeBron and AD. They combined for 79 points and barely missed. I'm talking a combined 28-37 including 8-13 from three. The fuck even is that

after their tough Game 1, both of these dudes were nothing but dominant for the rest of the series and when they are playing like this it doesn't really matter what other questions the Lakers might have. Secondary shooting? Bench play? Who cares when you can just give the ball to these two and let them do whatever the hell they want. Now part of that is the fact that the Blazers have no idea how to play defense, but the majority of it has to do with the fact that LeBron/AD are just different.

And that's it! You are now caught up with everything that went down yesterday in the NBA. We're back today with 3 more games including the start of the second round with TOR/BOS. There's also the very big Game 6s in both UTA/DEN and LAC/DAL so things are shaping up to be another great day of basketball. Have a great Sunday!