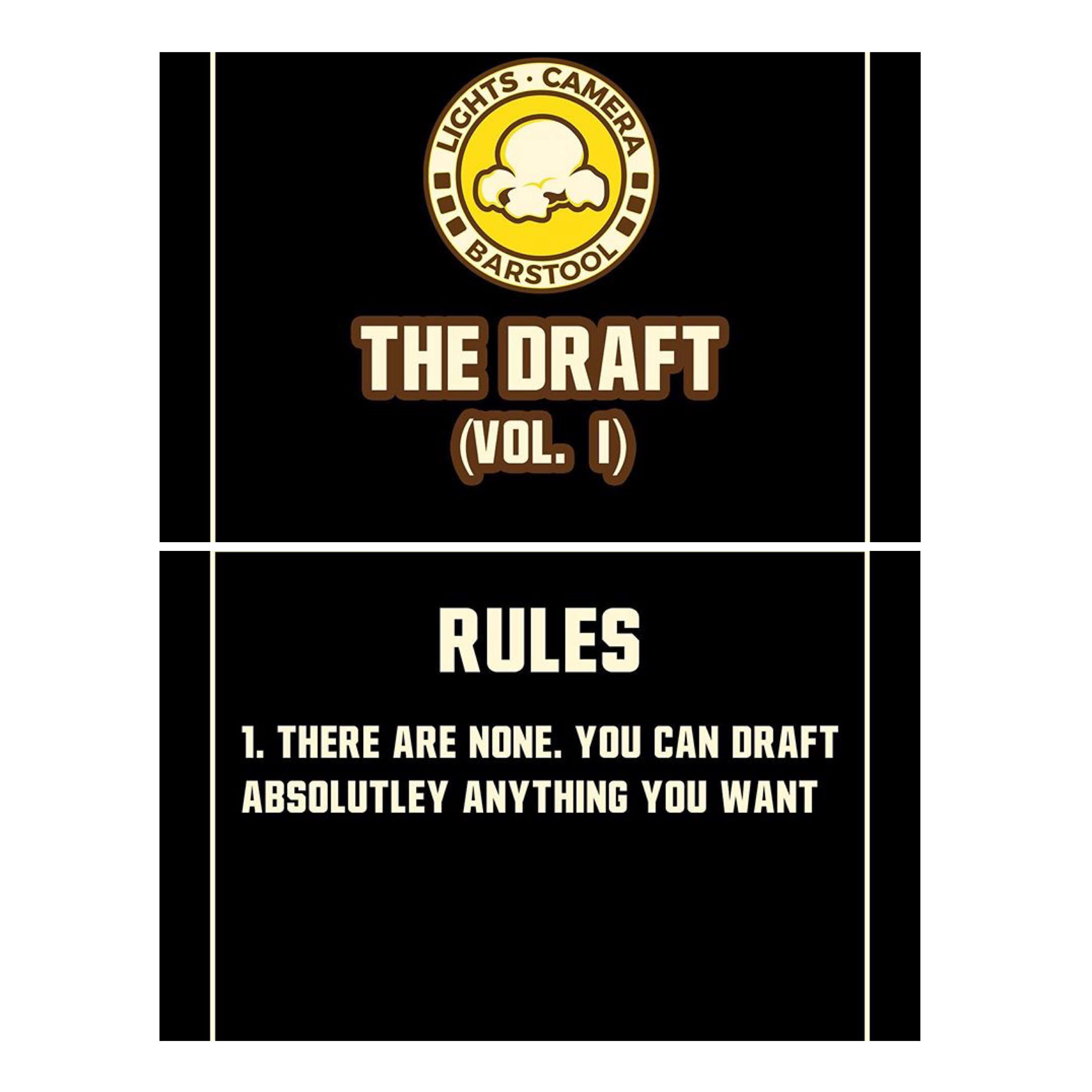 Last weekend, Nick and I had the luxury of joining the movie boys for the pilot volume of “The Draft” on the LCB podcast. Aside from the fact that we’re the first Barstool employees to make content out of drafting things that aren't conventionally drafted, I really think this was a unique idea that has potential to be as entertaining and enthralling as some of the other top works of argumentative fiction to come out of our firm. 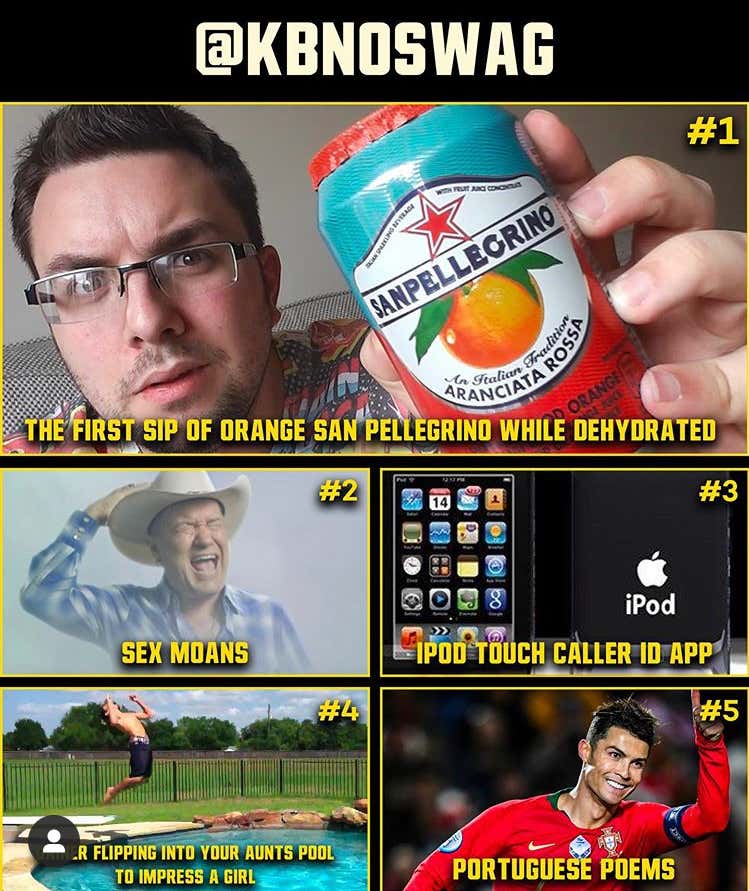 On/off paper and without additional context, these picks from me are admittedly pretty fucking bad, especially when you consider that I was granted the free will to draft absolutely anything, without rules or stipulations. But I feel the need to at least save a little face and expand upon why I chose what I chose.

1. The first sip of orange San Pellegrino after being severely dehydrated for a week-plus 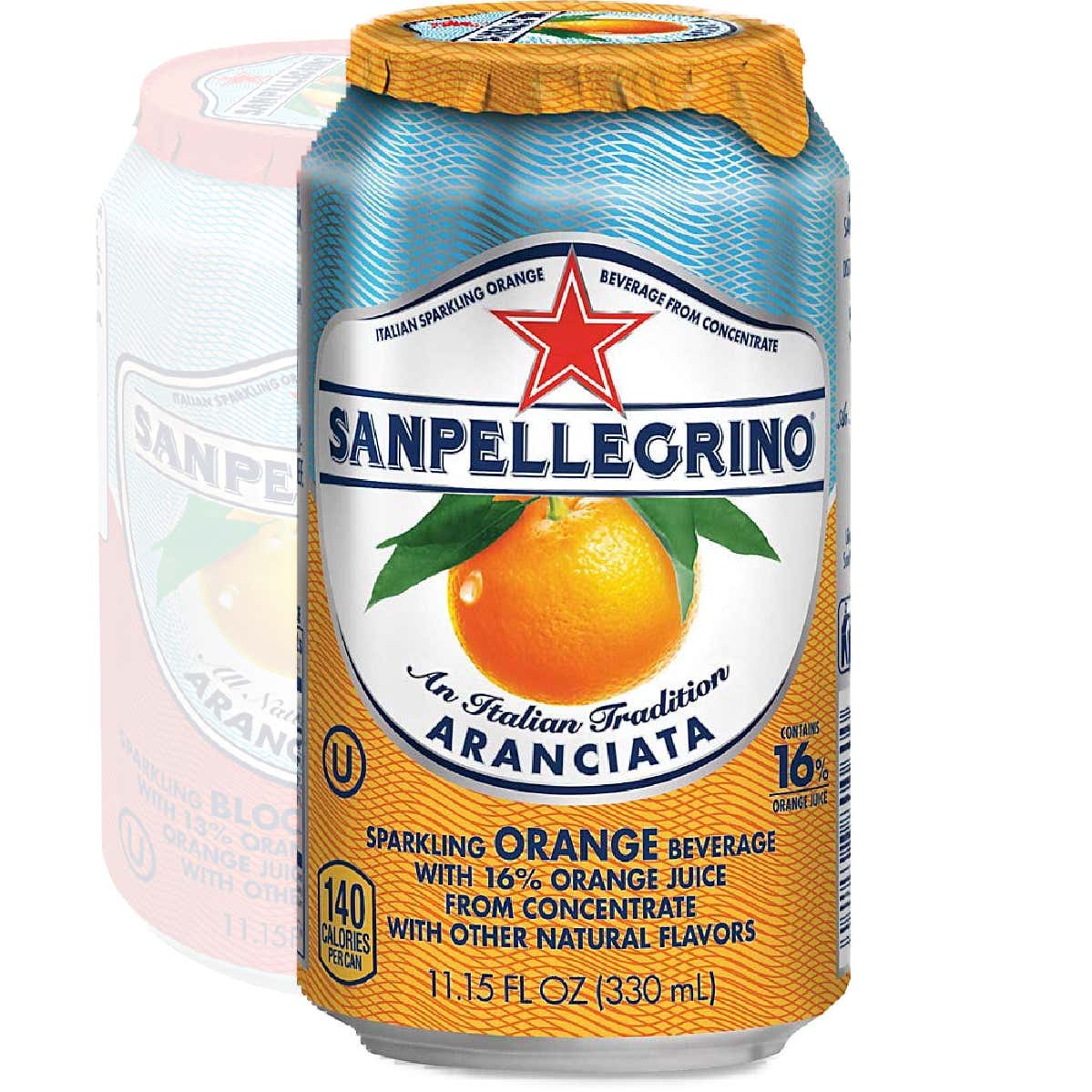 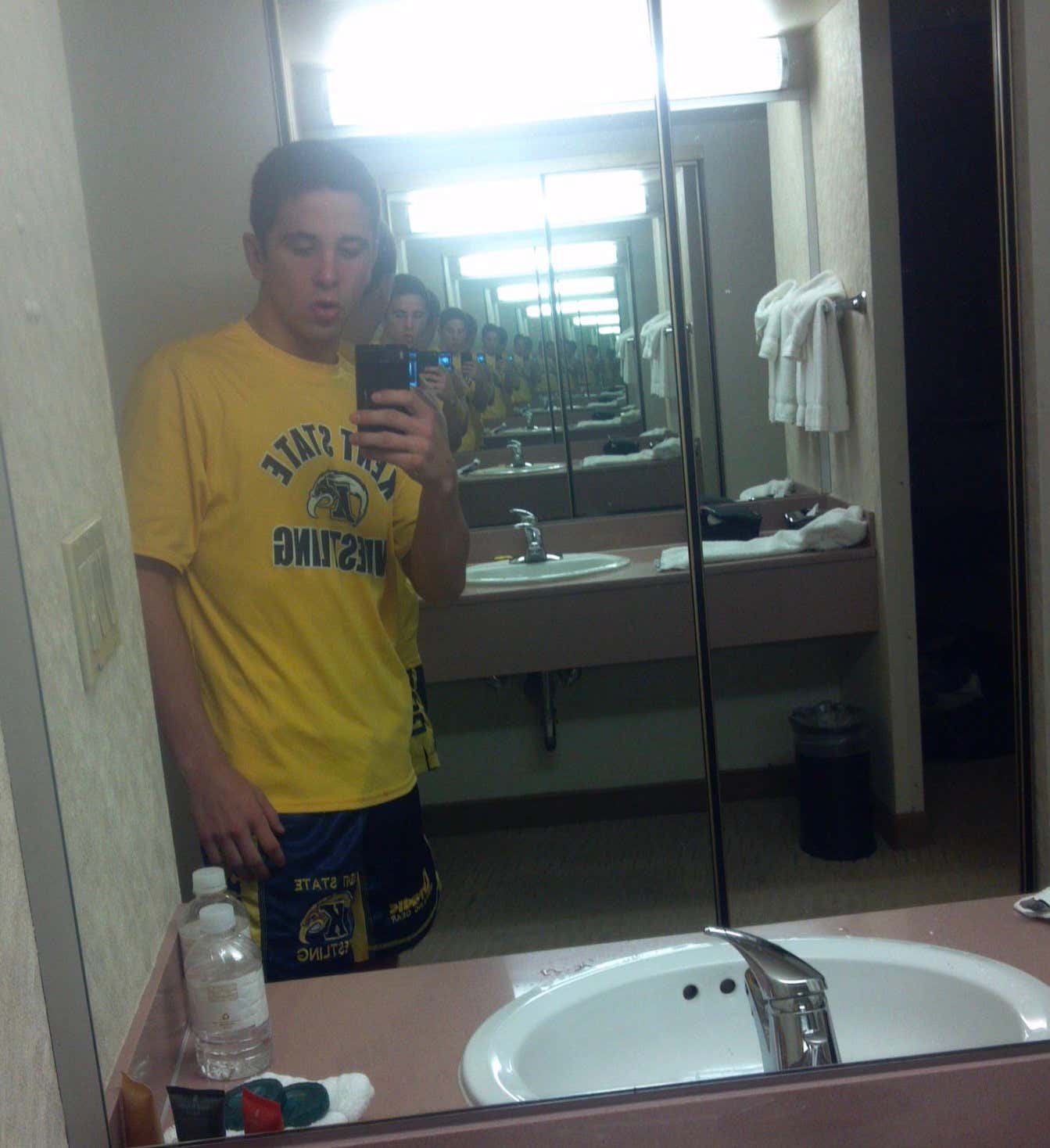 When I was cutting down to 133 pounds as a mid-pubescent 155 pound (4% body fat) college wrestler (D1), I was forced to deprive myself of liquids to the point where I was tweeting irrational allegories like this: 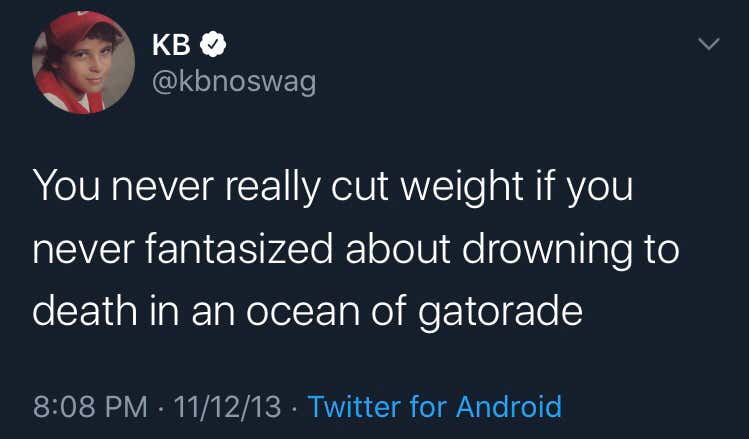 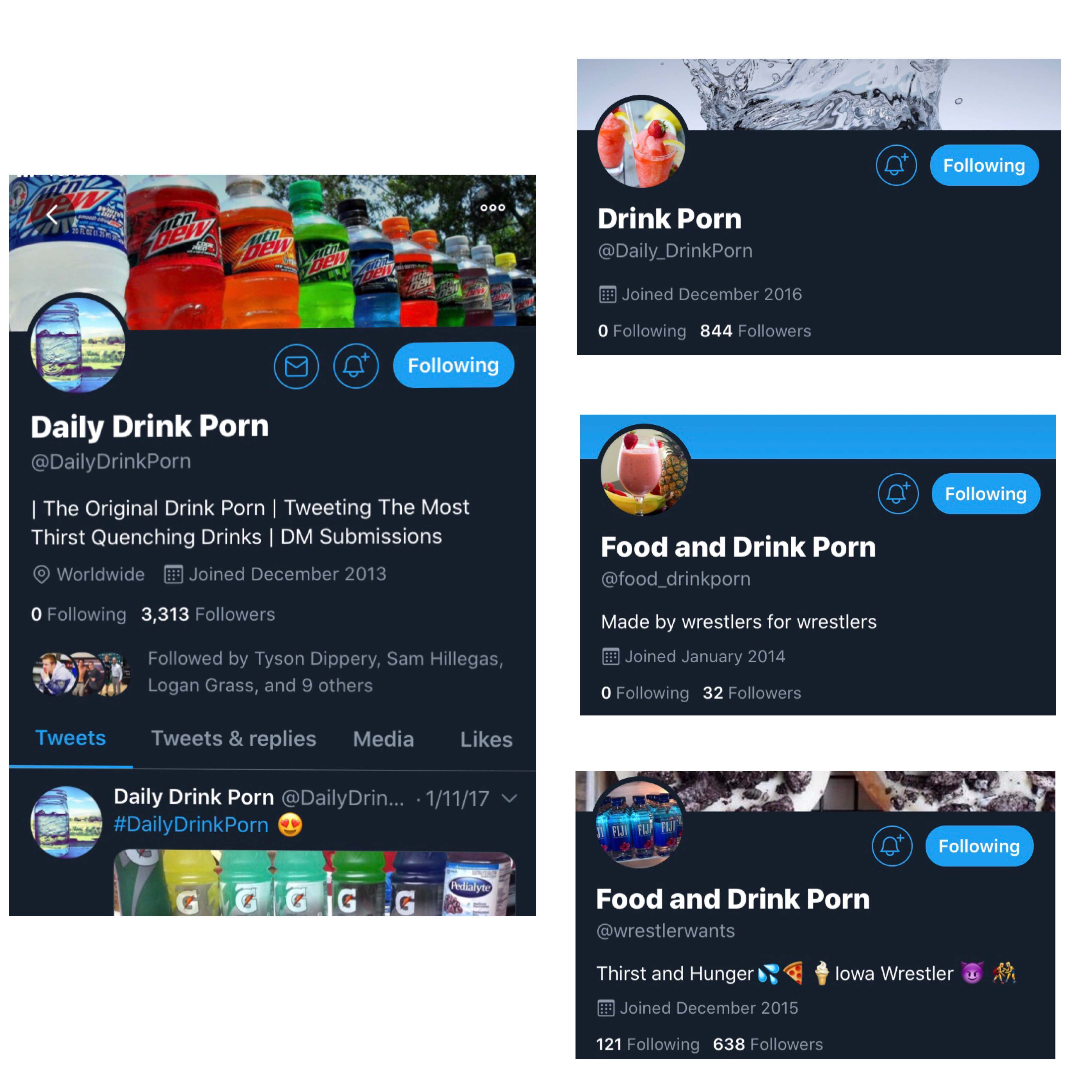 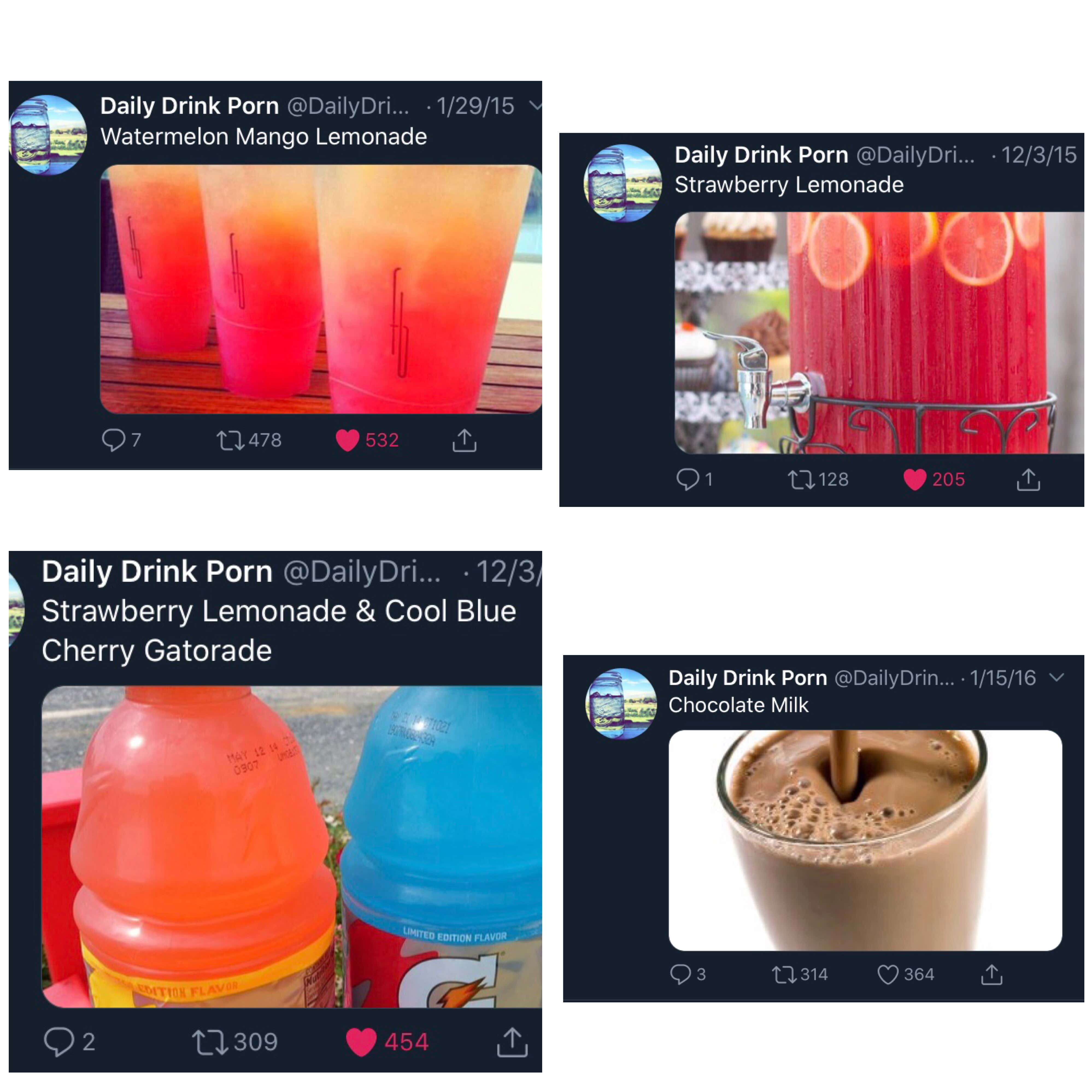 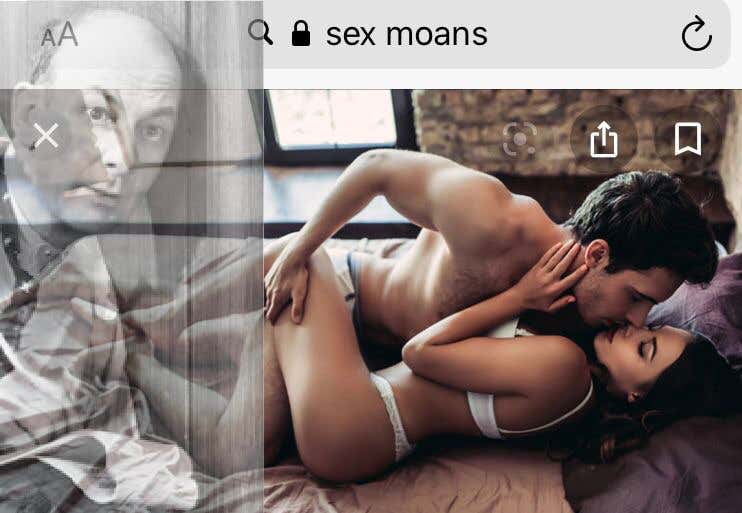 Kind of self explanatory. Maybe more of a “you had to have been there” type deal, but sex moans, in their purest form and when produced at the perfect decibel level, are one of the more elite sounds you can overhear. I'd hate to compare another one of my draft picks to pornography, but the “Eargasms Daily” twitter account helped me really grow to appreciate the aural pleasures of different sounds and music. 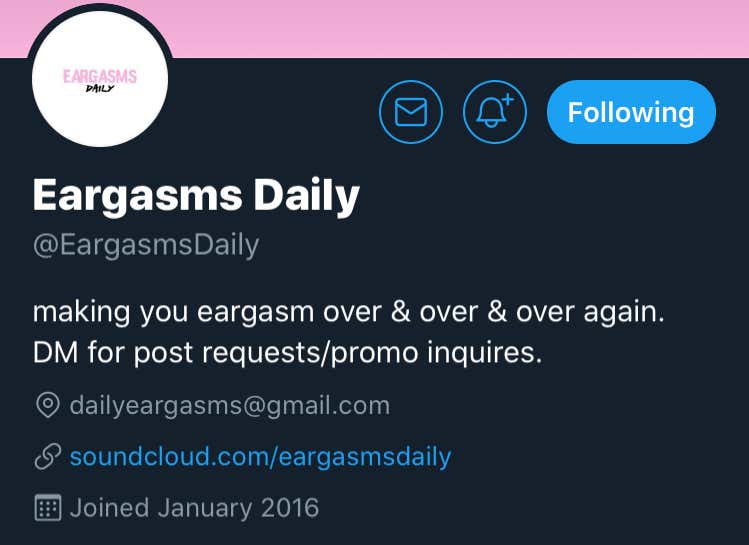 And by my senior year of college, I knew the acoustics of my dorm like the back of my hand and could pinpoint the precise location of a wall or bunk bed in order to eavesdrop on co-ed coitus with the utmost effectiveness.

3. The Fake Caller ID app on a freshly jailbroken iPod Touch (circa 2008) 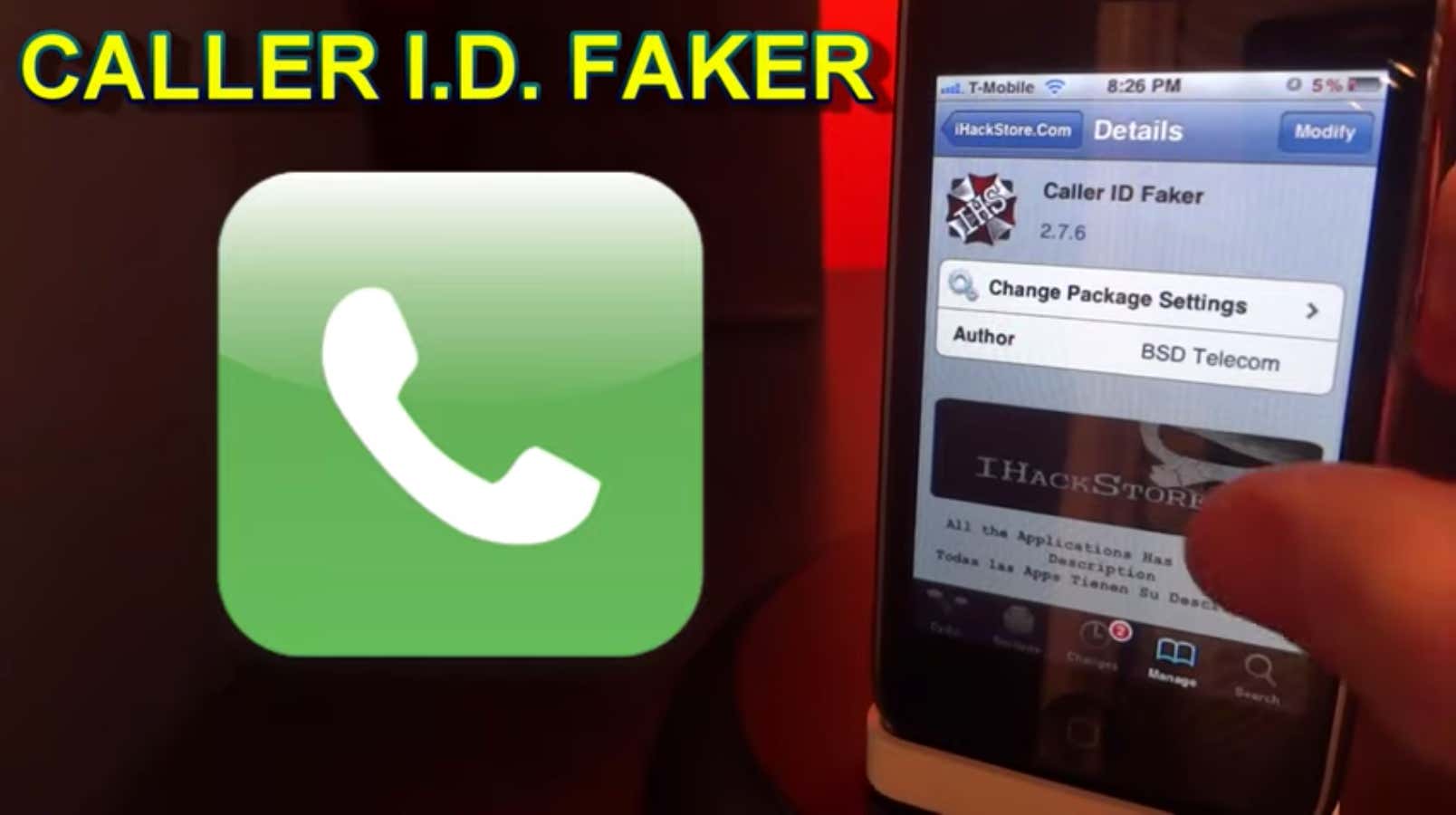 I remember I tried to apply for a summer internship at NASA after I successfully jailbroke my iPod Touch for the first time. I then proceeded to spend the better part of 9th and 10th grade watching YouTube tutorials from Japanese American teens on how to perform different hacks and unauthorized modifications to a jailbroken iPod. 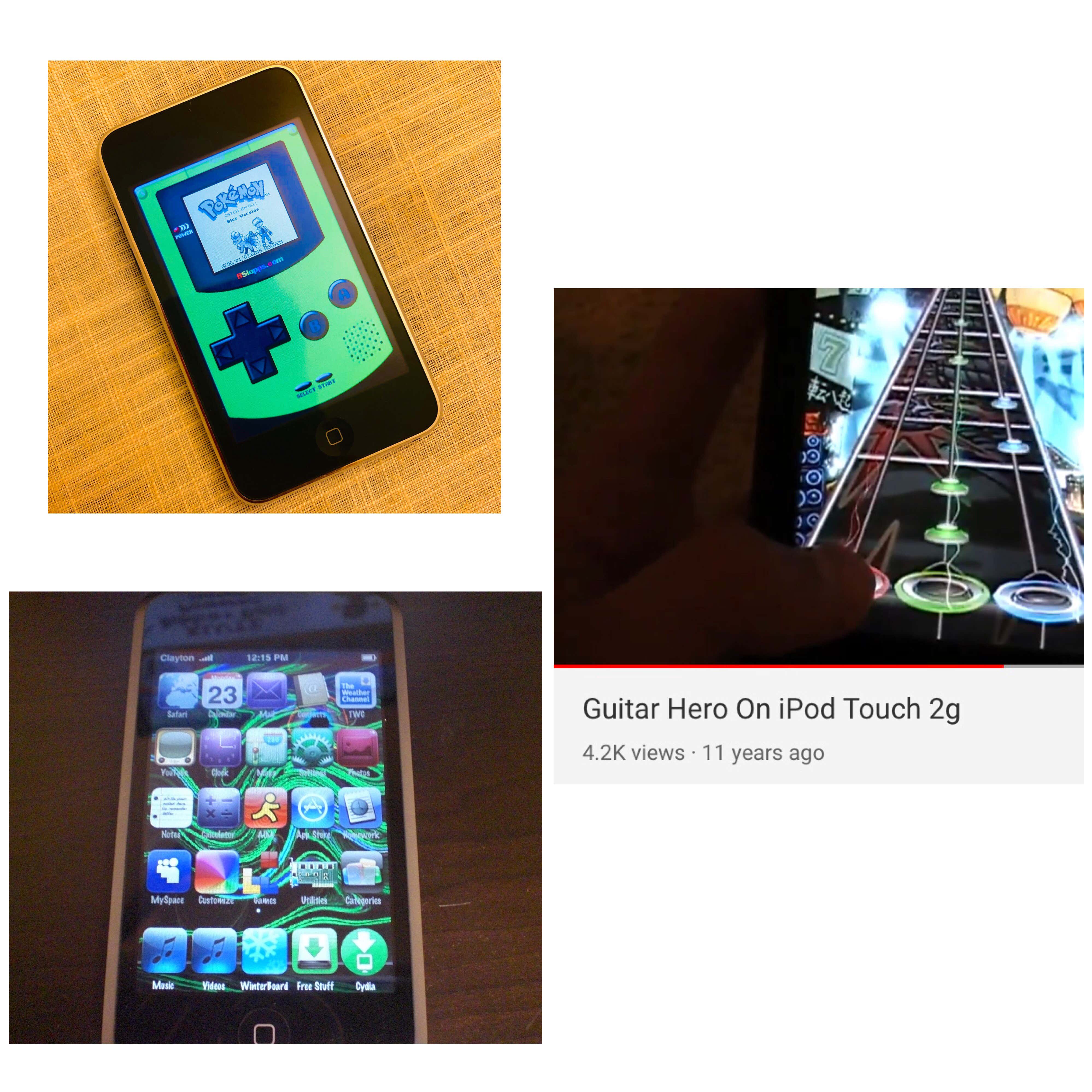 While the majority of kids my diagnosis were spending their free time installing GameBoy Color and Railroad Tycoon emulators, I sought out more "twisted" illegal applications that could make you feel as powerful as possible. 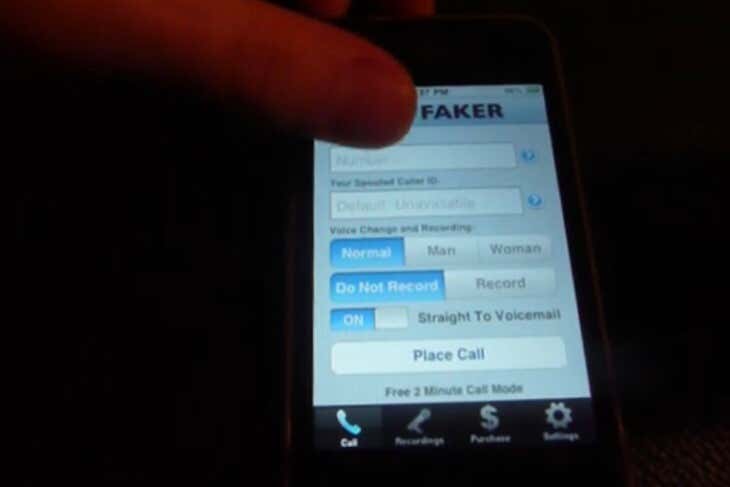 And for me, that was the Caller ID Faker app, which allowed you to prank call someone from a different number, so it would show up on their phone as the contact name of whomever they had saved under that number. For example, I called the girlfriend of my high school's star basketball player while he was on a recruitment visit at WVU and played a raunchier scene from American Pie: Naked Mile into my phone's speaker before hanging up. Long story short, she ended up being right next to him at the time, but the mild confusion she probably felt was enough to make me feel like a god.

4. Gainer flipping into your aunt’s in-ground pool while she’s out of town and convincing the girl(s) you’re with that you’re “pool hopping" on a stranger’s property. 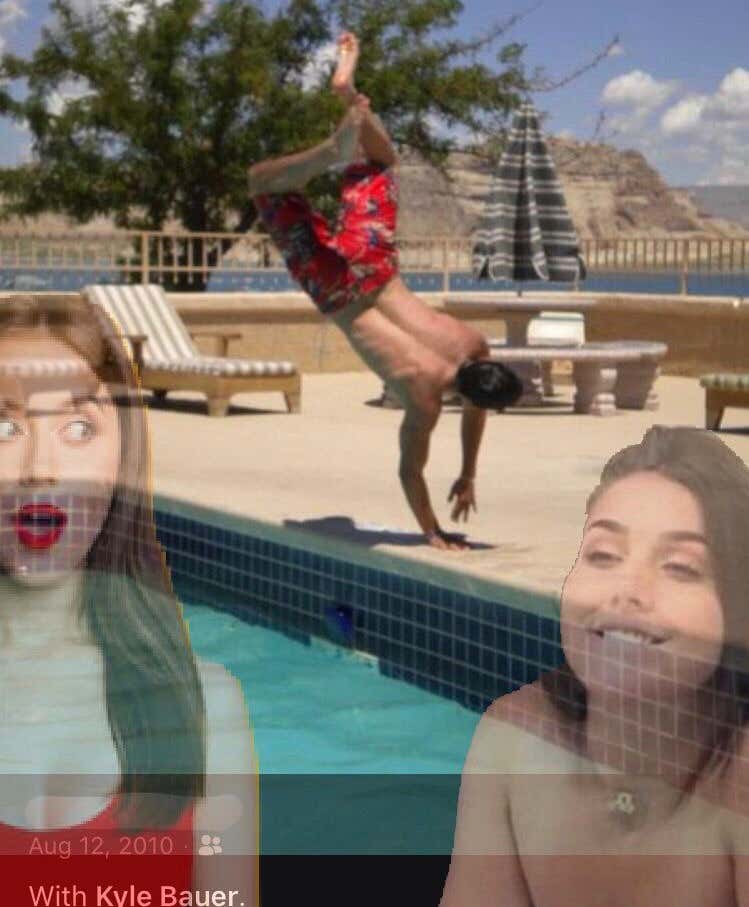 So I never actually successfully hit a gainer or went pool hopping or had a relative with an in-ground pool or simultaneously had multiple girls in my social presence when I was in high school, but that’s the beauty of "The Draft." It doesn’t have to be something that’s realistic or possible; you can conceptualize your top four adolescent fantasies into one individual entity and make it your own.

And it’s no secret that one of the more epic ways in which you can say “fuck you” to the system and own somebody is by swimming in their swimming pool while they're asleep. And when you enter said pool with an anxiety-free, awe-inspiring acrobatic act in order to further impress the hypothetical girls who consensually tagged along with you? That's a top five feeling. Also, in this scenario, my single aunt is the multimillionaire divorcee of Robert Nutting and owns the most expensive pool in Wheeling, West Virginia. 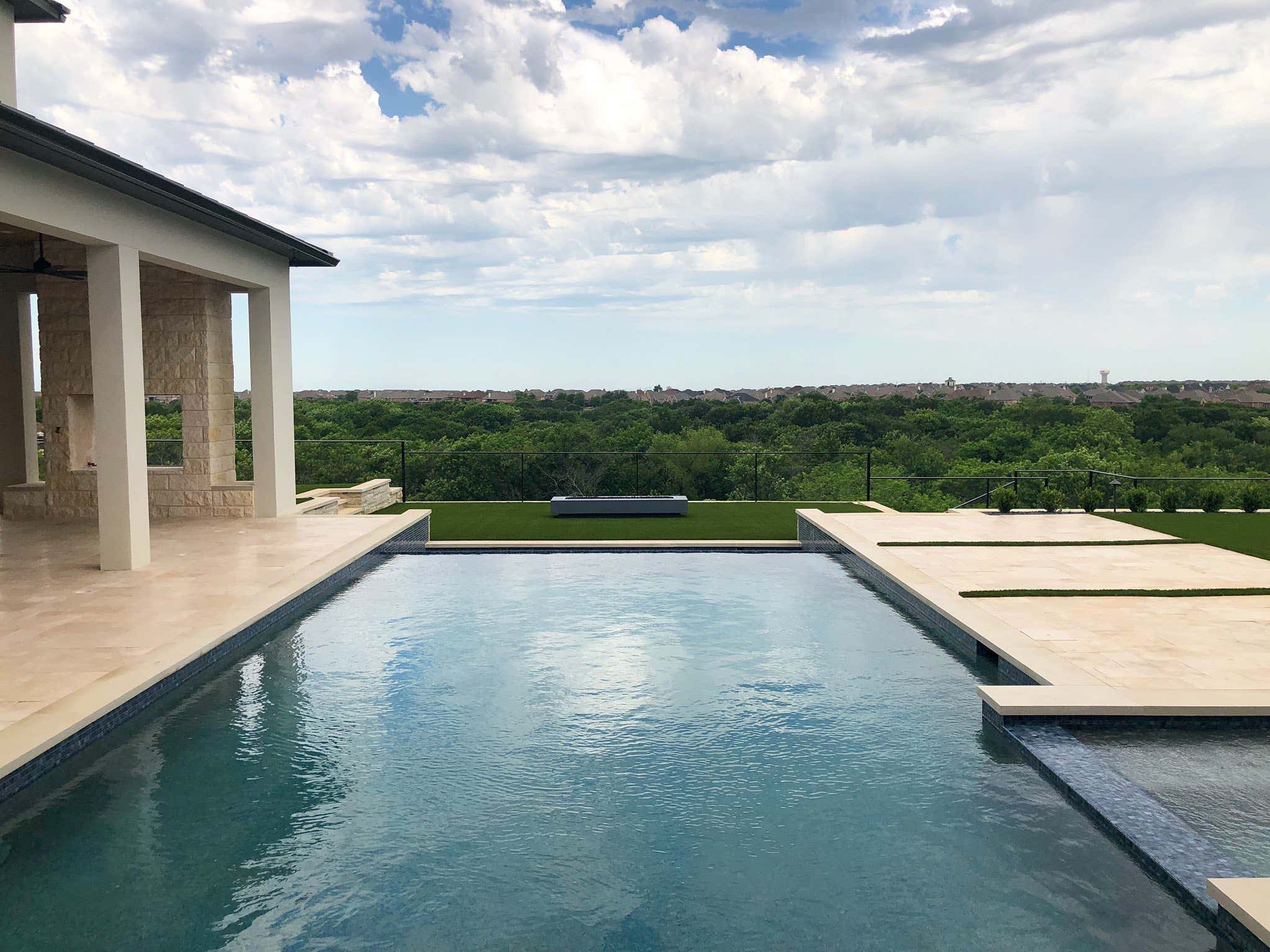 Which reminds me of a certain social media account that highlights the dopest and most semen-inducing architectural fixtures on the planet. 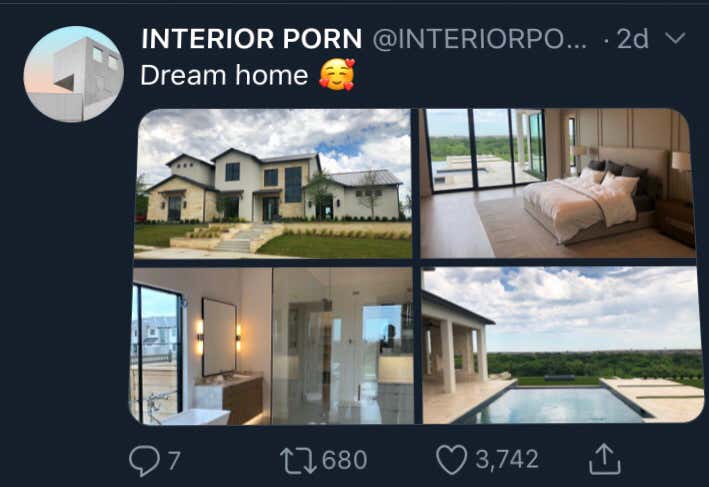 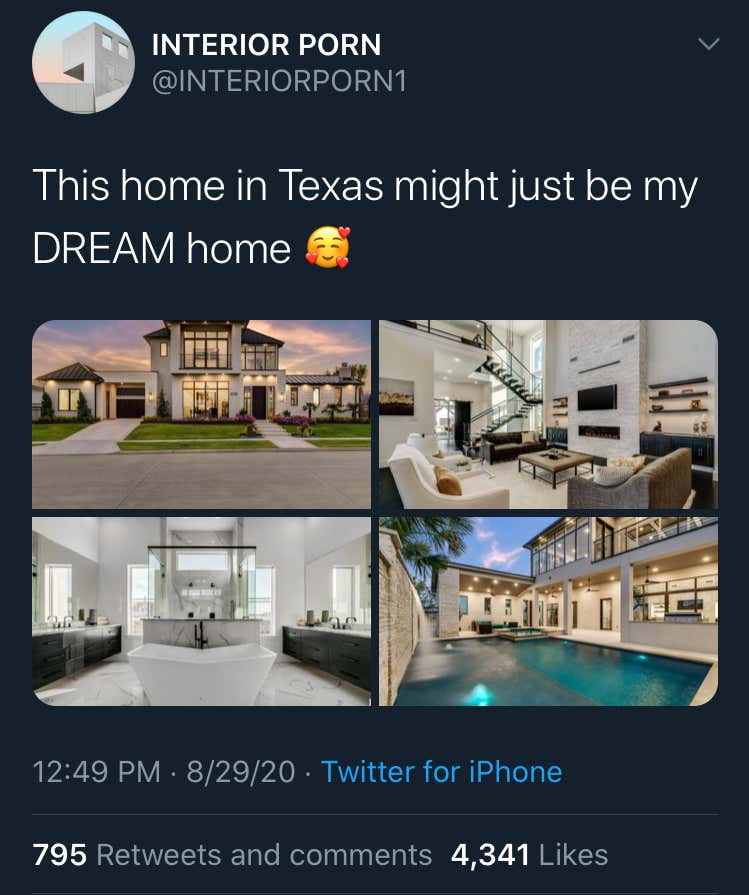 Let me start by saying this: Poems can for sure get fucked. Aside from motivational quotes and dialogue-format "comedy" tweets, poetry is the worst expression of written or spoken language in human history. Every twenty-something "art buff" in Brooklyn seems to reach a point of unemployment and/or cocaine addiction where they convince themselves that the sentence fragments they type out in their Notes app after a few Francis Scott Key bumps are worthy of national acclaim and a Frost medal. 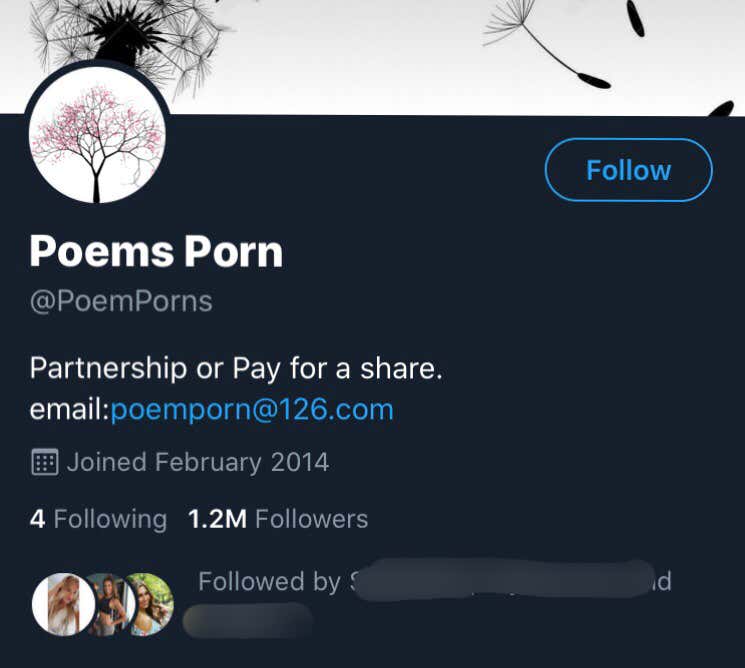 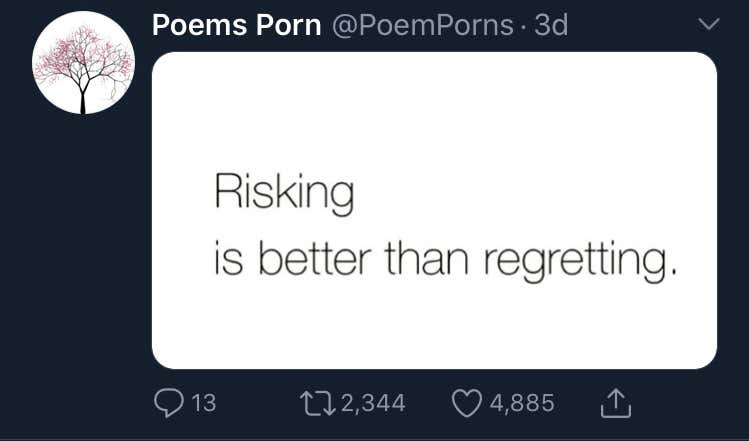 Pressing the enter key after the first word in a five-word, first-grade-level sentence, as if to say “this is a poem now” while attempting to make a point that makes no sense, is the essence of modern poetry. Anyway, what I'm saying is poetry is only fucking stupid when it's in a language you can understand. When a poem is spoken or sung in, say, Brazilian Portuguese, then its one of the more beautiful things that you can experience with your senses.

As much as I would've loved to have also drafted the Chargers' powder blue jerseys or Lupita Nyong'o's Met Gala dress or my 2006 Toyota Corolla with waterproof seats, I was cut short after five picks. 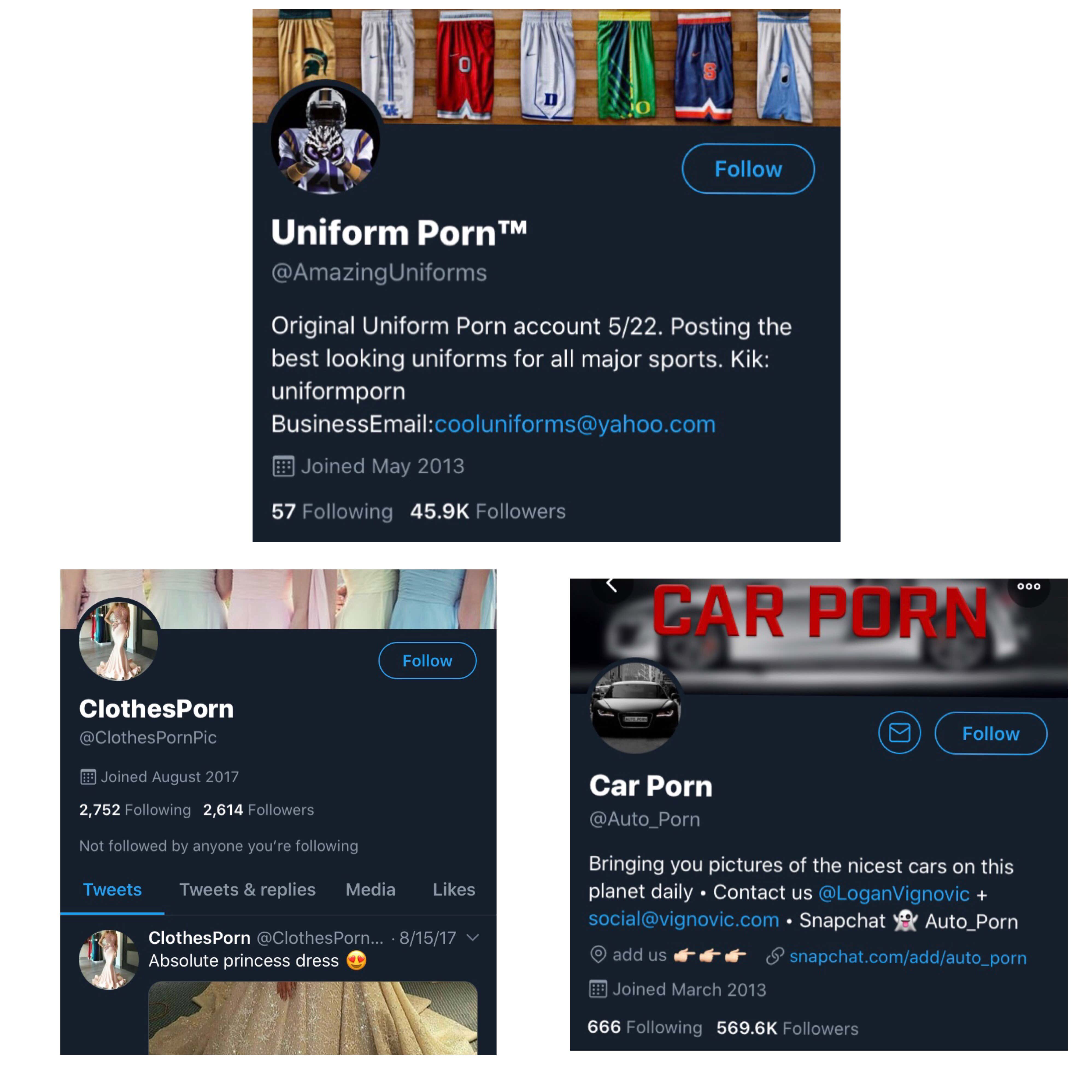 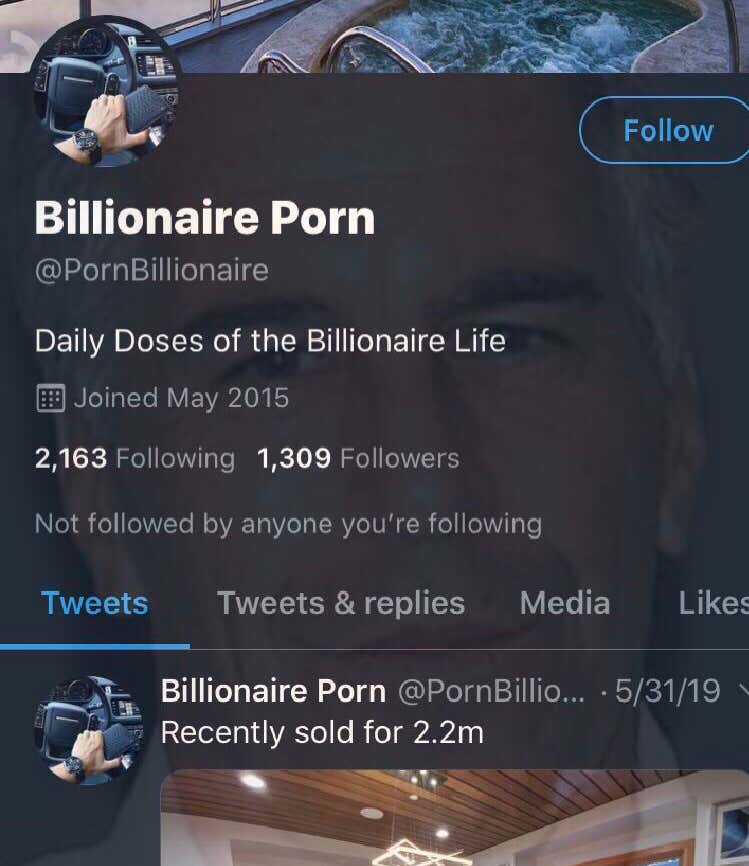