This video is currently being distributed on the Associated Press’s wire which means that it’ll be the one you see everywhere when the Boston Barstool team is mentioned with their act of civil disobedience at NFL HQ. What a moment, what a perfectly timed “Viva la Stool,” what a whole lot of probable sodomy is coming Barstool’s way in holding tonight.

Nothing more to add here that the billion other blogs haven’t but I also just want to point out that I was able to sneak a Frederick Douglass quote in on the Barstool Twitter. 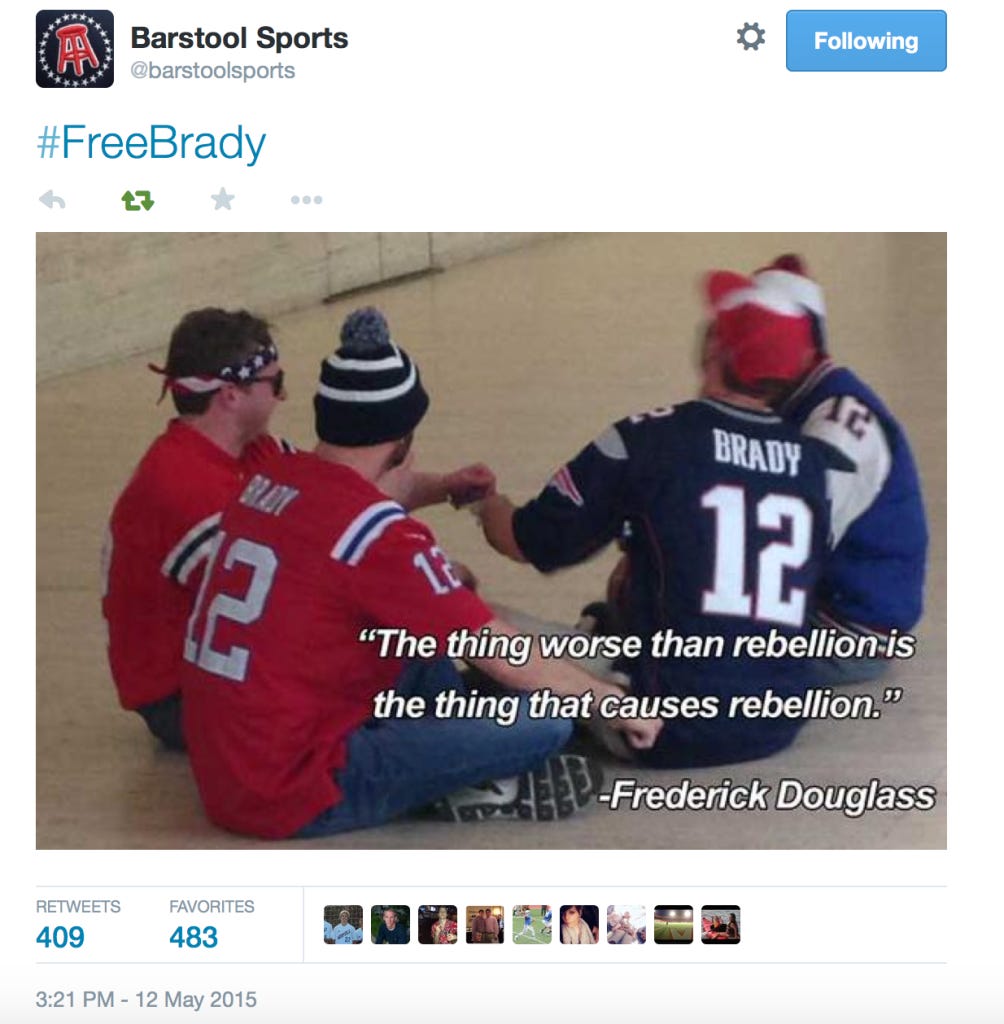 You guys have no idea how much moments like this mean to me. Life is all about the little victories comparing your boss getting arrested protesting a multimillionaire’s four-game suspension to one of history’s most important civil rights leaders, that’s what I’ve always said.