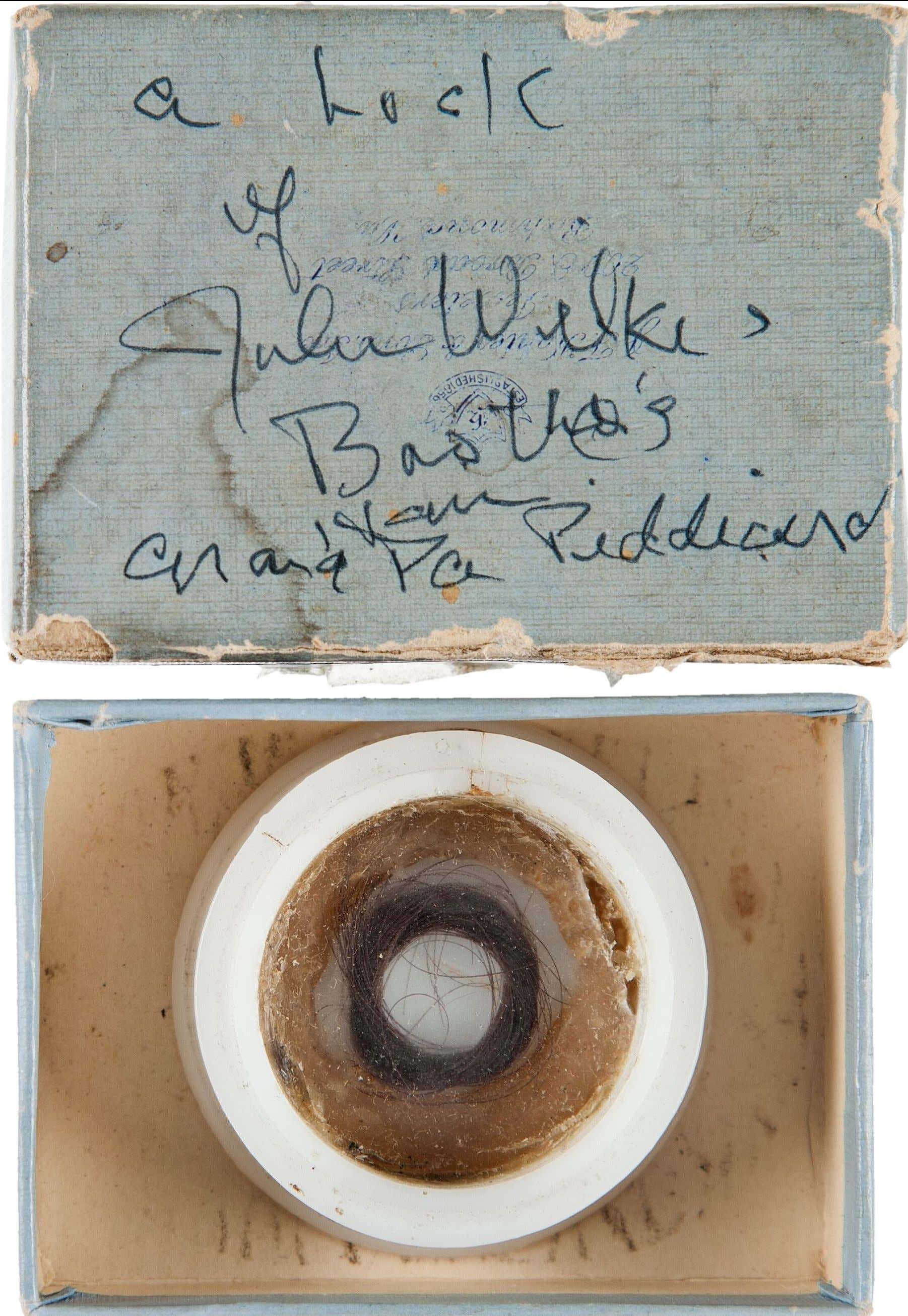 NY Post- A lock of President Abraham Lincoln’s hair that was removed after his death has sold for over $81,000 – along with a blood-stained telegram about his 1865 assassination. The 2-inch-long thatch of hair and telegram sold during an auction that ended Saturday, according to RR Auction of Boston, which did not disclose information about the buyer. The $81,250 selling price was more than the $75,000 the auction house was hoping the items would fetch.

The hair was removed during the 16th president’s postmortem examination after he was fatally shot at Ford’s Theatre in Washington, DC, by John Wilkes Booth. It was presented to Dr. Lyman Beecher Todd, a Kentucky postmaster and a cousin of the president’s widow, Mary Todd Lincoln, according to RR Auction. Todd was present when Lincoln’s body was examined.

The hair is affixed to the official War Department telegram sent to Todd by George Kinnear, his assistant in the Lexington, Kentucky, post office. The missive was received in Washington at 11 p.m. April 14, 1865.

Forget about the price per acre of land in the Louisiana Purchase or however much Big Swinging Dick Peter Chernin pumped into Barstool before we were a rocket ship heading to the moon. Whoever bought a lock of Abraham Lincoln's hair for 80 grand just got the biggest bargain in the history of America. I'm honestly just as shocked that you can sell an actual piece of a U.S. President as that it could go for less than a million dollars let alone less than 100 grand.

Do you know the kind of stuff you can do with a clump of hair splattered with a side of a legendary President's DNA? Yeah, we're talking cloning, folks. I don't think I need to explain just how politically charged this country is right now. Both sides of the aisle are screaming at each other at the top of their lungs while the normal people in the middle are holding their ears and getting ready to explode like Ahhhhnold.

What's the best way to tilt the political scales in your advantage? Clone a man that is on multiple pieces of American currency, has roughly a zillion different landmarks named after him, and goes by the nickname Honest Abe. I don't know, and to be honest I don't care, who these political parties have lined up as their future candidates. But ain't nobody stopping Abraham Lincoln 2.0 outside of any Wilkes-Booths still in the world. Which is why whoever got that valuable if not disgusting wad of hair can pretty much create a bidding war between two political parties with more money than my feeble brain could even fathom and change their entire lives as well as the trajectory of the free world.