YIKES. I think it's pretty easy to say that this has been the craziest year any of us can remember, having solid leadership during these unprecedented times has never been more important, and that Rob Manfred never seemed to be clear that bar for the way he handle ANYTHING in 2020. But still, the commissioner of baseball telling players how to protest or strike or whatever this is considered defeats the entire point of doing it. You read the statements from the leagues then wonder how much they are actually behind the players during all this and how much is just PR lip service. Well, I think we have our answer with Rob Manfred. It's crazy to see Brodie actually get something right by saying Rob Manfred doesn't get it, even though Brodie clearly didn't want this video to leave that room (since he said those exact words) and Rob Manfred doesn't appear to get anything as the most powerful man in baseball.

Also, I'm not sure if this was meant to be a "Gotcha" video or just good old fashioned Mets incompetence since this video is actually just the uncut feed from today's press conference uploaded to Mets.com with dead air and all (it has since been deleted). 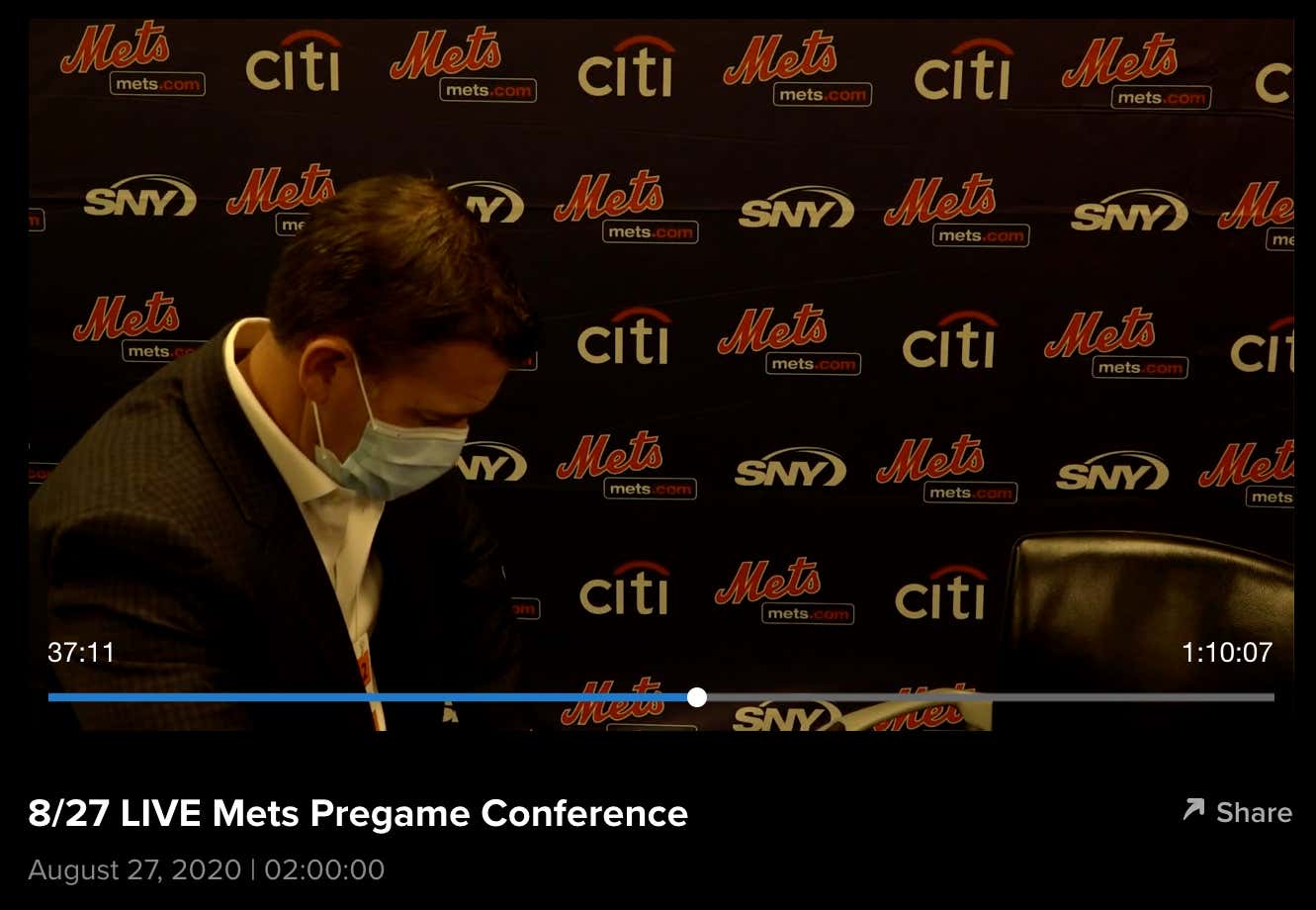 Nonetheless, it is an AWFUL look for Rob Manfred and Major League Baseball, especially as that video took place in the same spot where Dom Smith was moved to tears less than 24 hours earlier.