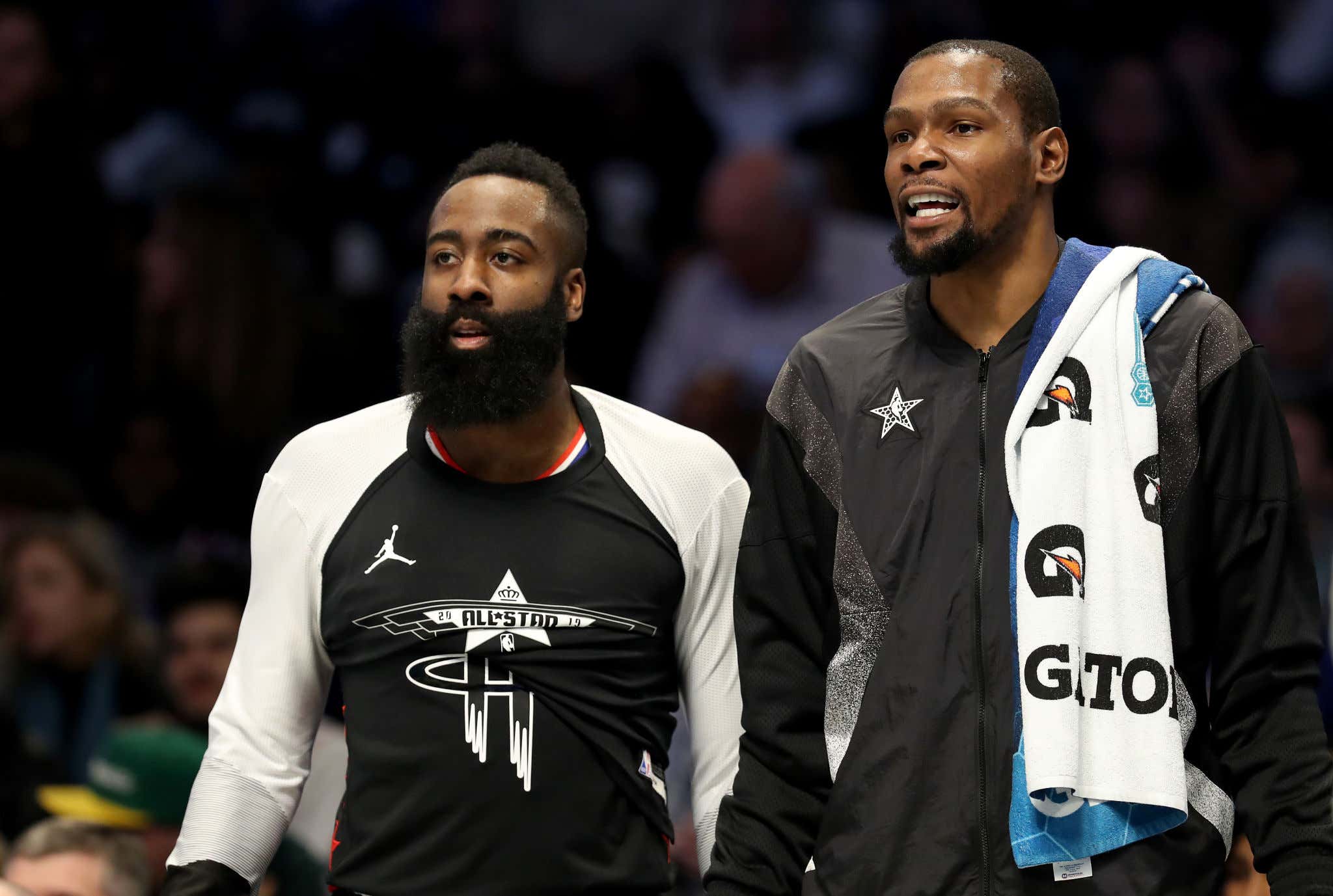 With no games tipping off until this weekend, I figured it was time to dip back into the old NBA Twitter Quarantine Bag Of Tricks and have a good old fashion internet basketball debate. The topic? Who is the best pure scorer currently in the NBA. I'm going to elaborate on this a little bit and say that we're to assume everyone is at 100% health.

Without overthinking things, for me this comes down to two guys and former teammates.

So here's the thing about James Harden. People hate his game and use that to discredit the absolute dominance he's had as an offensive player for basically his entire HOU tenure. He hasn't averaged under 29 a game since 2014, has currently notched three straight seasons over 30 points to go along with three straight scoring titles. Does he draw a lot of fouls? Yup. Does he embellish? You betcha. But that's all part of the scoring formula. If we're talking about pure offensive talents, James Harden has proven to be one of the hardest covers in the entire league. The best isolation scorer by far, he's the best scorer the league has. But does that mean he's the "purest" scorer? Hard to say.

So the one difference you'll see I made with Durant was I included his entire career numbers instead of with a certain team. I did that with Harden because when we think of James Harden we think of the player he became in Houston, not when he was coming off the bench in OKC. With Durant, he's been the man wherever he went.

There's no arguing that Durant's style is certainly different from Harden. There isn't the same knack for drawing fouls, he's not quite the three point shooter in terms of volume, but he's absolutely just as devastating as an offensive weapon. His size makes him virtually unguardable, his ability to put the ball on the floor and shoot over anyone is a real weapon. I'd even argue he's the more pure shooter. Durant does have more scoring titles, but has only averaged over 30 twice. That's not totally fair since he went to GS where there were other options but I'm not ignoring it.

To answer this question you have to decide what being a pure scorer means to you. Is it just who can score the most points or does it go deeper than that? For me, I factor in these benchmarks

1. Can he score from all three levels

2. Can he still score against whatever defense is thrown at him

3. Can he be efficient

So for me, while Harden might be the better individual scorer from a production standpoint, a lot of that has to do with the style and role within the Rockets offense. When I think of pure scorers, I have to lean KD. Not only can he match Harden's scoring output, but he does it while being much more efficient. If I am down and need a bucket late, I think I trust KD more. Credit to me for not being biased since I'm a big Harden guy dating back to our ASU days. I would say that Harden is the more crafty scorer but Durant is the more pure scorer between the two.

Do you agree? Am I an idiot? Is there a different name you would consider? It's been a while to let's have ourselves a little debate in the comments.