Fellas, I don't know about you but I got a little tingle in the jingles from watching this (if Smitty has used this quote on a stream then I 100% credit Smitty for this quote). As a COD fanatic, I always look forward to the end of August as that's usually when the next COD trailer is revealed. It's perfect timing as just about everyone in the world has already deleted the current COD from their hard drive and is ready to rage in the next Madden. I know I'm getting my hopes up, but Black Ops Cold War looks great! While there wasn't much multiplayer shown, the campaign looks badass.

We got the return of the fan favorite character Woods, some dude that looks like Brad Pitt from Once Upon A Time In Hollywood, and one of America's favorite presidents Ronald Reagan who by the way look scary realistic on those next gen graphics. 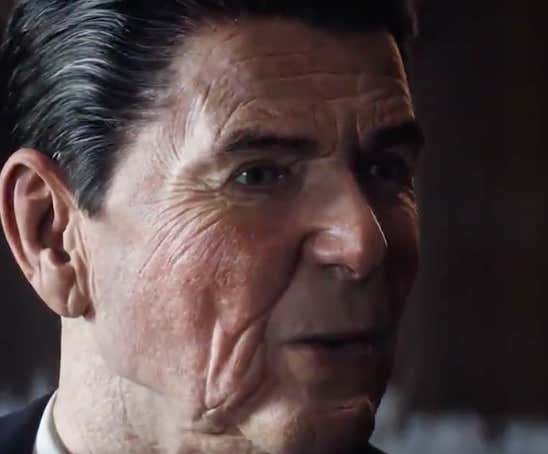 The wrinkles, the hair, the voice, just some top notch attention to details right here. I love how they brought back those C4 remote cars, knives on guns, and how they brought the game back to the Vietnam war. Black Ops 1 and Battlefield Bad Company 2 Vietnam are just a couple great Vietnam style games.

Modern Warfare's multiplayer sucks, Warzone is more broken than my back, and we need a new Call Of Duty asap. Hopefully Cold War can deliver a game as great as Modern Warfare 2? Probably not but I'm sure this game will be fun for at least a month.