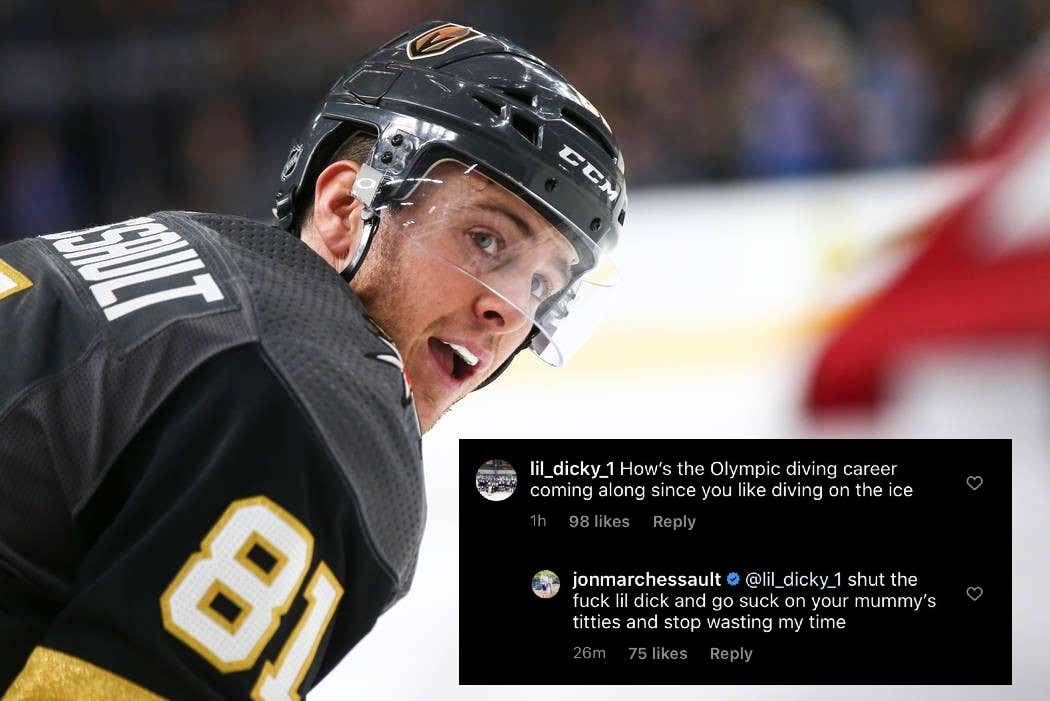 It sucks that fans are allowed to say whatever they want to these guys with zero repercussion but then we expect the athlete to just soak it. Screw that. Professional athletes should always be allowed to chirp back at fans who chirp them online first. Especially when the athlete is holed up in a bubble for a couple of months. These guys are confined to their hotel and the rink. They've got nowhere to go with nothing to do when they're not playing hockey. So when Jonathan Marchessault gets back to his hotel room after losing game 2 of their series against Vancouver, he's got all the time in the world and all the pent up frustration to unleash on a bunch of internet trolls.

And let's just say that buddy does NOT appreciate when these trolls are wasting his time.

Here's a little pop quiz for all you boys and girls back home--Q: When should you waste Jonathan Marchessault's time?

A) Just some of the times. As a treat.

B) All of the times. Like every chance you get.

C) Olympic schedule. Once every 4 years.

The answer is never. Not even once. Can't stress it enough just how much Jonathan Marchessault hates his time being wasted. He's stuck there in his hotel just trying to wish his wife a happy anniversary and this is the shit he has to deal with? You come at anybody in the comment section under those circumstances and you're catching some heat straight back. Throw "professionalism" out the window.

P.S. - The Vegas Golden Knights and social media go together like lamb and tuna fish.