I'm not going to lie to you and say I'm not sitting here thinking about this gif. I am. That's what happens when Ole Miss hires Marshall Henderson as a grad assistant and the most electrifying man comes back to college hoops.

But back to this gif - it's truly the first gif I remember blowing up. The moment is happened everyone had it on vine and in a gif form. Why? Because it's perfect. We have a little bit of everything. It starts with the numerous fingers, led by my guy in the hat going with the unique sideways middle finger. 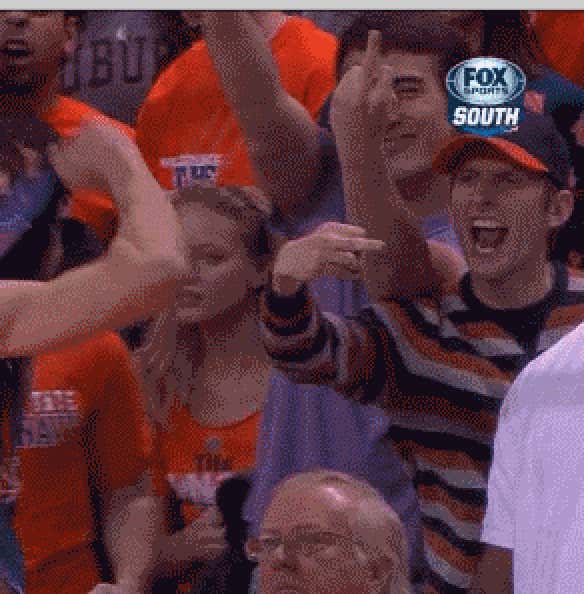 Then we have this frat star in the white hat coming in with the 'come to this side of radio row' move. I can't recommend how bad of an idea this is. I appreciate the effort, but a move that will never work: 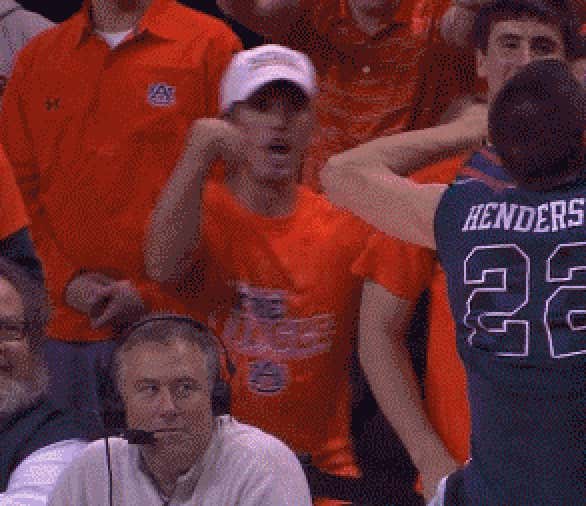 At the same time our first star is born. The old man worth millions sitting in the front row letting Marshall Henderson he was no fan of his antics 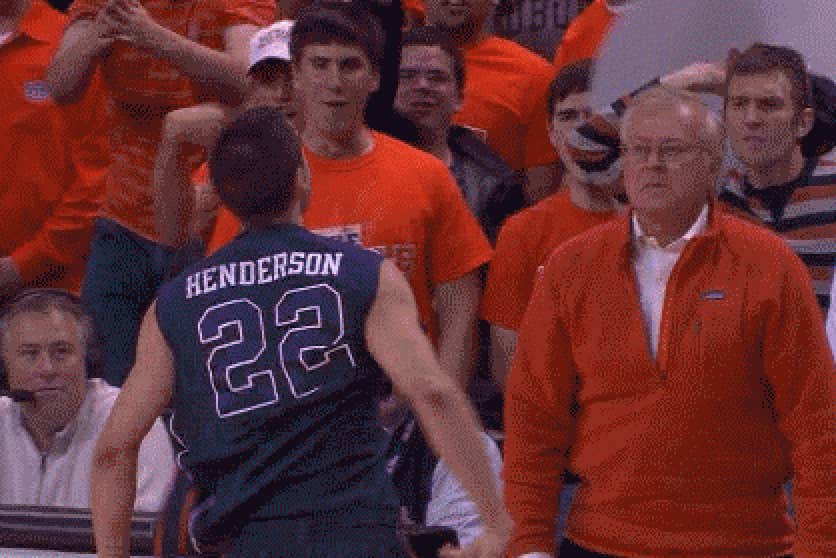 Now what really sets the tone is the security guard. Outside of Marshall Henderson, no one is enjoying this more than my man here: 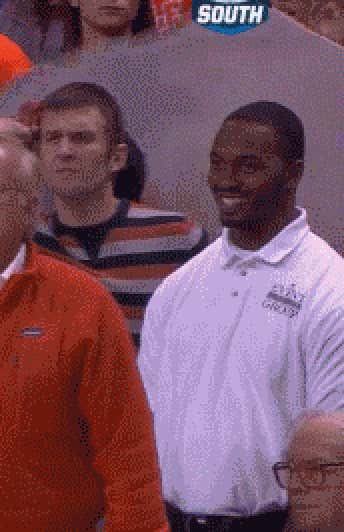 Just a grand old time being have. You know who wasn't having a great time? The ultimate double bird guy coming in hot as he stumbles down the stands: 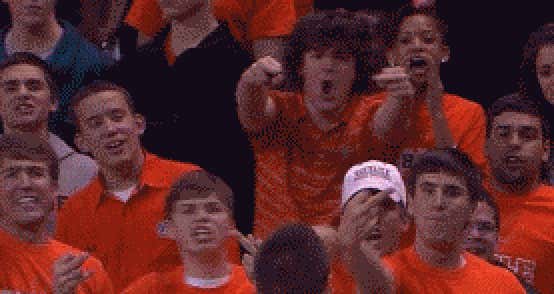 I'm so happy Marshall Henderson is back. The dude was a content machine when he played although I really wish we got to see him with Billy Gillispie at Texas Tech. They actually crossed paths for a couple months after Pat Knight was fired - Henderson never suited up for Tech though. Until then we appreciate this great gif.