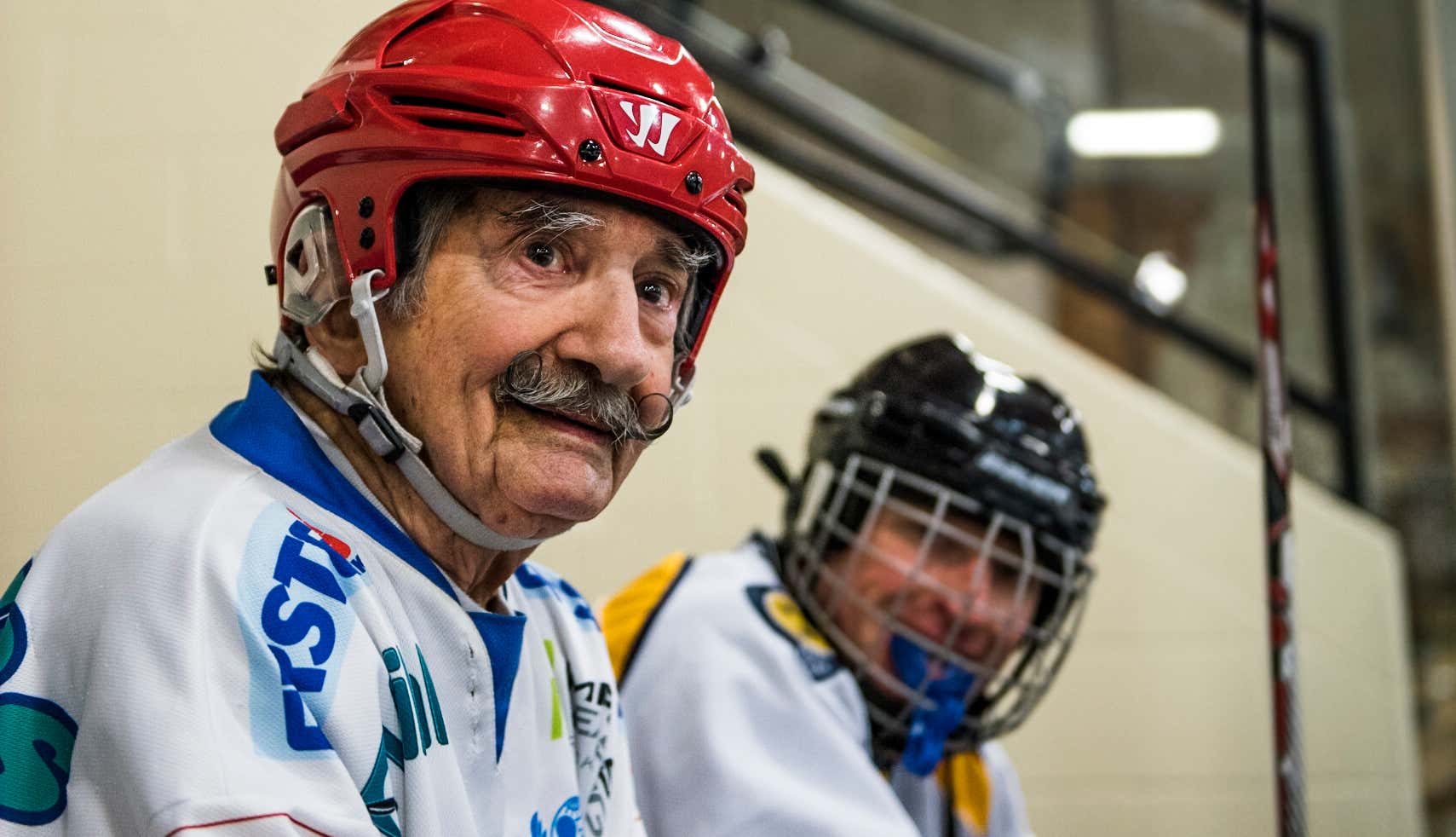 Well this is a total bummer of a blog to write. Mark Sertich is known as the oldest hockey player ever. Not to mention he also served in WWII under George Patton. He just celebrated his 99th birthday in July and was still lacing them up a few times per week. I've written about this legend a few times throughout the years before and they were always some of my favorite blogs to write.

It breaks my heart to say that Mark Sertich has played his final shift. But what an unbelievable career this beauty put together out there. Not to get too sappy here but this man might be one of the most inspirational figures that the game had to offer.

Think about how many people grow up playing the game of hockey. Then think about how few of those people go on to play at a higher level past your standard high school hockey. And even fewer get the chance to go on to the show. Most of our competitive hockey careers ended in high school, or college if you're lucky. But just because you weren't good enough to play at the next level doesn't mean that you want to stop playing the game. So you go on to play in a beer league with your buddies. It might be some ugly hockey but you're still out there with your guys and you're reliving those glory days.

But then guys get a little older. They get married, they have a few kids, all of a sudden your beer league team is filled with a bunch of kids who are 10 years younger than you and you don't remember when you became the old guy. So do you just throw the pads in the basement and give it up? Or do you keep playing for the love of the game like Mark Sertich. Do you keep showing up to the rink multiple nights each week to get a game in because hockey isn't just a game to you, but it's a major part of your life. That's the legacy that Mark Sertich passes along to beer league heroes all across North America right now. Just because you're getting older and you've got a wife and kids doesn't mean that the game stops. You keep lacing up those skates and you keep playing until you physically can't play no more.

So stick taps go out to this beauty for showing us the way. He may have played his final shift but his spirit lives on with every Tuesday night 10:45pm puck drop. And when you have to wake up at 5am the next morning to get to work and you're still gassed from the late night game, just remember that Mark would kill to get another game in and how lucky you have it that you still get to play. Rest in paradise. Hope there's unlimited amount of ice time up there, bud.