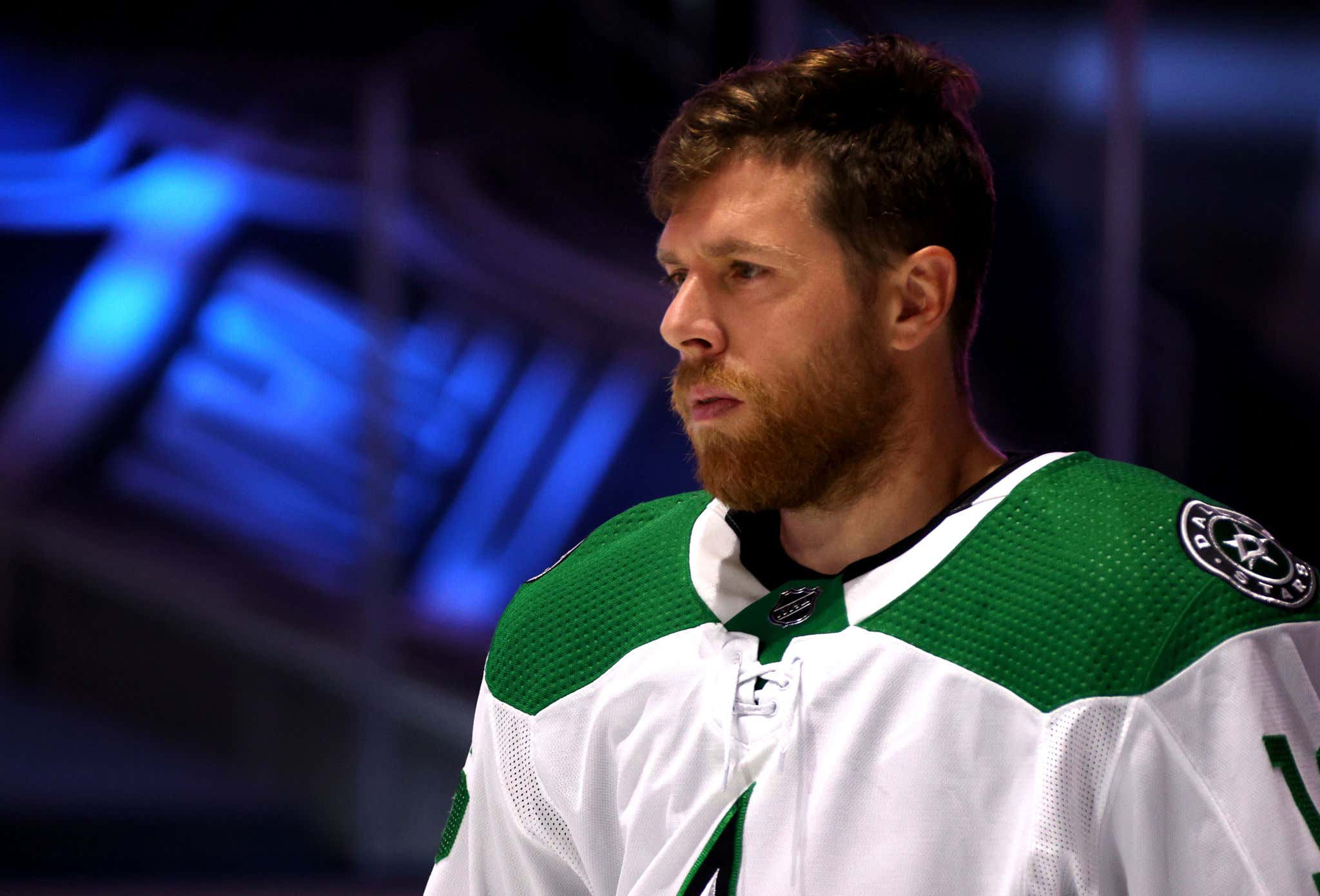 Heading into the offseason, the Dallas Stars knew that their window to win anything at all with this core was dangerously close to being shut and locked. You had the owner of the team coming out and calling Jamie Benn and Tyler Seguin "horseshit" in 2018. Benn is 31. Seguin is 28, which isn't old but it's also not super young to the point where they still have a ton of time left. Both guys are locked in long term for almost $10M AAV, so you either have to win with them right now or you needed to start thinking about a nuclear backup plan. Especially since Radulov is 34 and Ben Bishop is 33.

So Jim Nill goes out last summer and goes Full Send. He signed Corey Perry to a 1-year deal and Joe Pavelski on a 3-year deal. The definition of "win now" moves. And holy shit is it a good thing he decided to call Joe Pavelski.

Joe Pavelski is the exact type of player you need in the playoffs. I don't think anybody out there is mistaking him for the most talented hockey player in the world. But he's a leader, he's reliable, and this dude wants to win. And sure, everybody "wants" to win. It's the Stanley Cup Playoffs. But Joe Pavelski is the type of guy who shows up when you need to win. Like in game 4 against Calgary. The Stars were less than 20 seconds away from being down 3-1 in that series and more than likely getting bounced in the 1st round. But then Joe Pavelski comes out and completes his hat trick to send the game to overtime with 12 seconds left on the clock.

The Stars win in overtime and close out the series in the next 2 games.

Then you get to last night. Colorado jumps out to a 2-0 lead. Then Captain America gets the party started on the powerplay to score the first of 4 straight unanswered goals for Dallas in the 2nd period. Nothing fancy but Pavelski just gets the job done.

Combine that with Miro Heiskanen having the 2nd most points among all skaters in the playoffs so far and now you have the Stars just 2 more wins away from advancing to the Conference Final for the first time since '08.

The GM of the Year finalists won't be announced until the end of the 2nd round of the playoffs. So a couple more massive hog moments from Joe Pavelski in this series and he might fuck around and get Jim Nill that hardware. Obviously Corey Perry always has the ability to completely cancel out all that hard work by Pavs with just one dumbass decision. But for now, Joe Pavelski is looking like the sneaky smartest free agency signing from last summer.