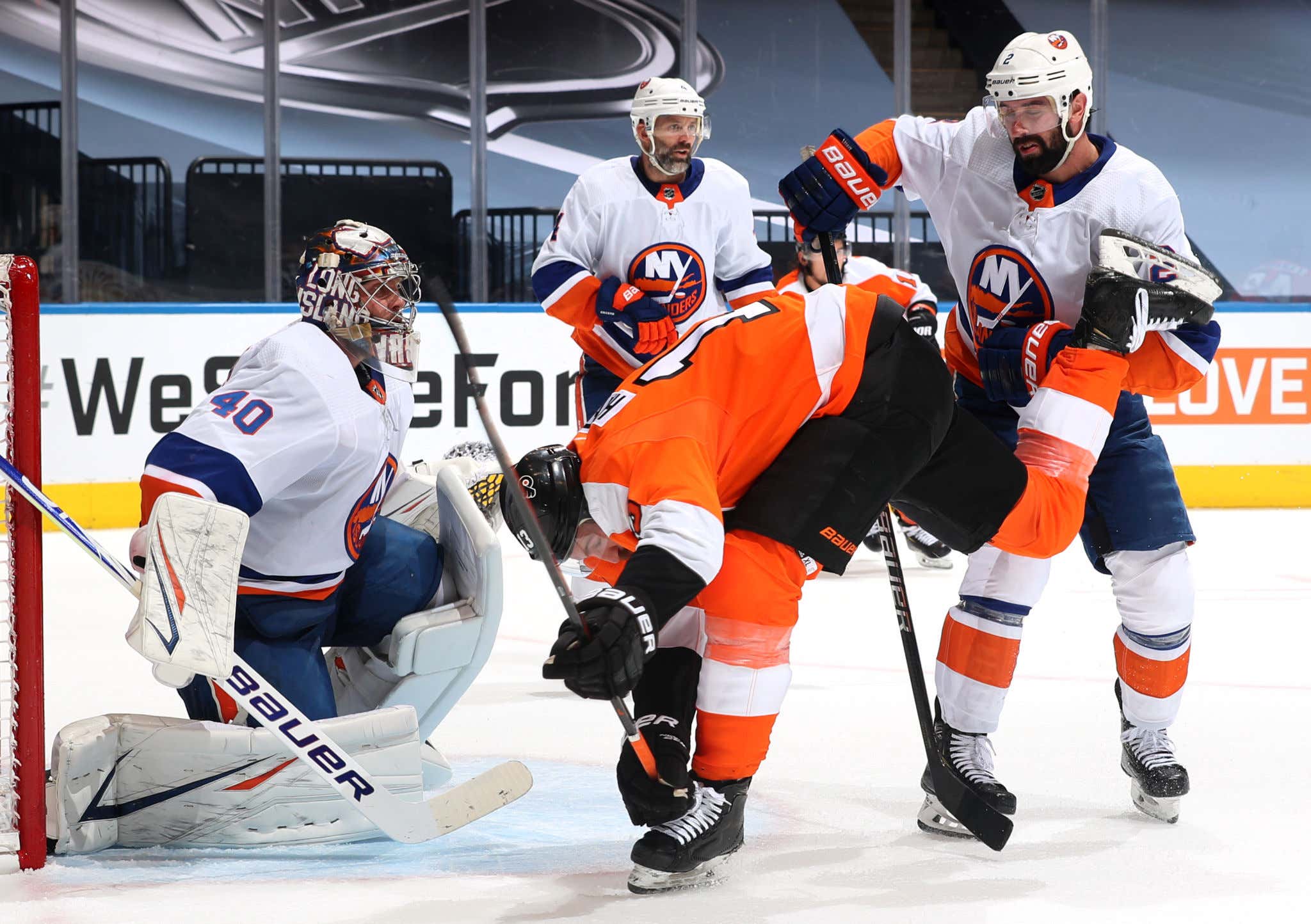 Granted, it was their only powerplay of the game so they still went 0/1. But in games 2, 3, 4, and 6 against Montreal, the Flyers' powerplay went a combined 0/18. So if the Flyers are simply going to refuse to score on the man advantage, well then at least it's only one dog shit powerplay the Flyers have to suffer through.

Conventional wisdom would tell you that it's actually a good thing to have a bunch of powerplay opportunities throughout a hockey game. But when you're as bad on the powerplay as the Flyers have been lately, they're actually negatively impacting your game. Because not only are you constantly feeding your opponent some momentum and confidence by killing off so many penalties, but you're also disrupting the natural flow of the game. Guys aren't getting their regular shifts with their regular lines. Sure, the Flyers powerplay lines are pretty similar to their 5v5 top 6. But the flow of the game is just so much different when one team is on the powerplay so the Flyers never really had much of a chance to get themselves settled into 5v5 hockey against Montreal.

The New York Islanders are an incredibly disciplined team. There are 31 teams in the league and throughout the 2019-20 NHL regular season, only one team had fewer minor penalties called against them all you. Columbus had 179 minor penalties, the Islanders had 185. That discipline could come back to bite them in the ass a little bit if the Flyers finally figure out how to play 5v5 hockey again. Unfortunately they were a little rusty last night since it seemed like they only played a total of 20 minutes 5v5 in the Montreal series. But the longer this one goes on and the more time the Flyers top 6 gets to finally settle into this thing? Well then its go-time, baby.

So I don't want to be giving away the game plan for my enemies here. I don't mean to be a Benedict Arnold. But if I were the New York Islanders, I'd highly consider taking a few more minor penalties throughout this series than they did last night. If not, that discipline could be the death of them. Flyers in 7.

- I'm really starting to worry about Sean Couturier. He looked awful last night and this Pageau goal was such an uncharacteristic mistake from the future Selke winner.

Both defensemen are already in the corner (losing a loose puck battle) and instead of protecting the house out front of the net, Coots starts drifting below the goal line. That leaves Pageau wide open with nobody even within a sticks length to make this a harder shot for him.

But this wasn't the first game that Couturier just seemed mentally preoccupied in. I wouldn't be surprised if the toll of being in the bubble after just having a baby is starting to wear down on him. I mean he became a father like a week before he had to leave for Toronto. That has to be tough.

- Good news is that Carter Hart is still out of his goddamn mind.

Carter Hart is so much better at his job than you could ever dream of being at yours. And sure, he gave up 3 goals on the night. The first one was an absolute piss missile from Andy Greene which wasn't exactly a great goal for Carter to give up. The 2nd goal was that Pageau goal from above where one of the Isles' best goal scorers was left completely naked right in the slot. And the 3rd was a great transition goal in which Barzal made an unreal pass across the ice to Anders Lee for the put away. The final score was 4-0 but with the way the Flyers were playing to start the game, it could have easily been 4-0 at the first intermission if not for Carter Hart. So now the Flyers have to make sure they come out on fire on Wednesday afternoon to even up the series, that way they can give Carter the night off on Thursday and put Elliott in for the back-to-back.

- I don't hate AV pulling the goalie with over 7 minutes left in the 3rd period while down by 3 goals. I mean I think the probability of it working out would have been like…maybe 2%. But the Flyers weren't able to get any significant pressure aside from some perimeter cycling all game. So giving them as much time 6v5 as possible wasn't the right call, but it wasn't the wrong call either. I get the aggressiveness. I just wish he'd be a little less galaxy brained in these playoffs sometimes.

- 3pm on Wednesday. People forget that you can't lose a 7-game series in game 1. Did last night suck? Of course it did. But you have to lose 3 in order to win in 7. Flyers have New York right where they want them.