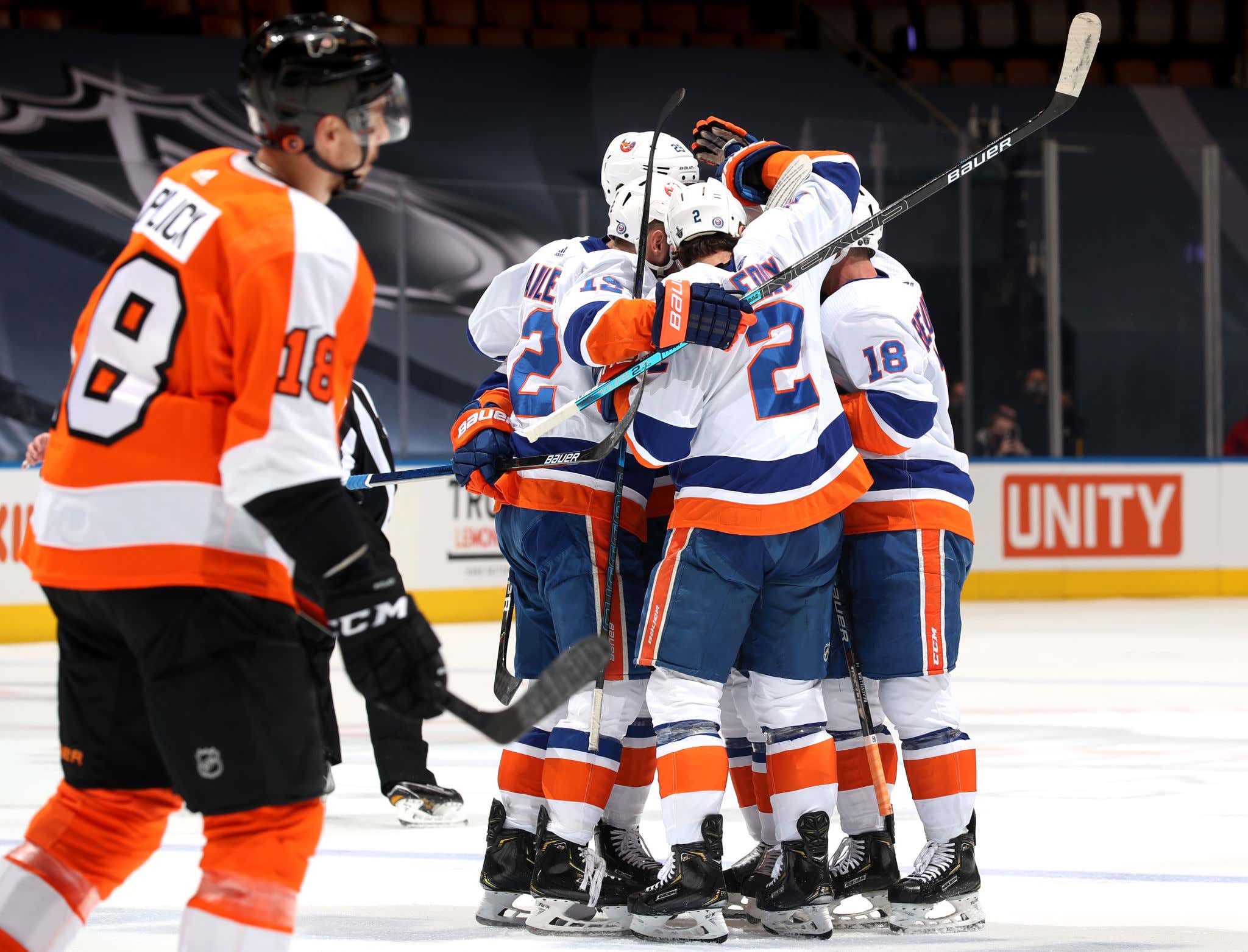 Pretty safe to say the Flyers just didn't have it tonight. Which is obviously frustrating as fuck. There were a few games during the Montreal series where the team came out flat and were put on their heels immediately. You'd think maybe that was something the team addressed in the quick break between series and something they'd try to focus on here against the Islanders. But that first period was bruuuuuuutal. Just some awful hockey all around. Absolute dog shit performance from pretty much the entire roster aside from 79.

It pisses me off so much to see Carter Hart battle his dick off between the pipes all game only to be let down by the rest of his team. Sean Couturier, Shayne Gostisbehere and Joel Farabee. None of those guys should be allowed to look Carter in the eyes after their performances in tonight's game. Coots just looks out of it. I don't know if he's hurt or what, but he just looked like he wasn't ready to play. He's a Selke finalist and here you have him drifting below the goal line when 2 defensemen are already losing a puck battle in the corner, leaving JG Pageau wide open in the slot. Not ideal!

You expect to see some turnovers out of Ghost every night just because of how aggressive he plays, but there were a few times where it looked like he just had zero urgency in the defensive zone. Not a great way to stay in the lineup for a guy who is already on the bubble. And then Joel Farabee is a young kid and kids are going to make mistakes. But I thought he made a lot of really bad decisions out there to hit some home run passes when he should have just tried to get pucks on net.

But it's just one game. I'm not going to completely freak out yet. I've said from the start that this series looks like it has the makings to go 7 games. People forget that you need to lose 3 games in order for a series to go 7. So the Flyers just got one of their losses out of the way now. There are still 18 more periods of hockey to play after this, so I have faith in this game serving as a wakeup call for the rest of the series.

If they're going to win 4 out of the next 6, however, it'll definitely help to score a goal. Not sure how much you guys know about hockey but it's actually impossible to win a game if you don't score any goals. You can go ahead and fact check me all you want on that, it's true. And in order for the Flyers to score a goal, they're going to need to figure out a way to get some chances from inside the Islanders' house.

The Flyers controlled pretty much the entire 2nd period. They had possession for almost the full 20 minutes. But it was all just cycling along the boards. They weren't able to get any legitimate chances from any high danger zones. Just some perimeter shots and a lot of possession. Which is exactly what the Islanders are willing to give up. That's their game. They let you lull yourself to sleep with possession, and then they pounce later when you're starting to feel good about your offensive game. The Flyers fell right into the Trotz Trap. So yeah, my biggest suggestion would just be to not do that again in game 2 and maybe think about running the "let's score a goal" play a few times. It might just be crazy enough to work.

Time to just get drunk enough to completely wipe that game from your memory. We're on to game 2.