Source - In a claim likely to intensify the controversy surrounding one of the most influential figures in the American Christian conservative movement, a business partner of Jerry Falwell Jr has come forward to say he had a years-long sexual relationship involving Falwell’s wife and the evangelical leader.

Giancarlo Granda says he was 20 when he met Jerry and Becki Falwell while working as a pool attendant at the Fontainebleau Miami Beach hotel in March 2012. Starting that month and continuing into 2018, Granda told Reuters that the relationship involved him having sex with Becki Falwell while Jerry Falwell looked on.

Granda showed Reuters emails, text messages and other evidence that he says demonstrate the sexual nature of his relationship with the couple, who have been married since 1987. “Becki and I developed an intimate relationship and Jerry enjoyed watching from the corner of the room,” Granda said in an interview. Now 29, he described the liaisons as frequent – “multiple times per year” – and said the encounters took place at hotels in Miami and New York, and at the Falwells’ home in Virginia. ...

Granda first emerged as a figure in the Falwells’ circle two years ago, when BuzzFeed News reported that the couple had befriended Granda and gone into business with him, buying a Miami Beach youth hostel in 2013. ...

After Reuters presented its initial reporting early last week to the Falwells, a lawyer for Jerry Falwell, Michael Bowe, said the evangelical leader “categorically denies everything you indicated you intend to publish about him.” ...

On Sunday night, however, as Reuters was preparing to publish this article, Jerry Falwell issued a statement to the Washington Examiner in which he said that his wife had had an affair with Granda and that Granda had been trying to extort money from the couple over the matter. Granda denies any such intent, saying he was seeking to negotiate a buyout from a business arrangement he says he had with the couple.

Falwell’s statement Sunday to the Examiner said nothing about Granda’s account alleging that the evangelical leader had his own role in the affair, and Falwell didn’t address questions from Reuters about it. In the statement quoted by the Examiner, Falwell said that “Becki had an inappropriate personal relationship with this person, something in which I was not involved.”

News of the entanglement could pose a fresh threat to the influence of Jerry Falwell.

First of all, kudos to Reuters for the deft use of "entanglement" in this context, as a grateful press corps gives it's sincerest thanks to Jada Pinkett Smith for adding a new phrase into the lexicon.

Next, let's be sure and make the Team Portnoy lawyers happy by issuing all the "allegedly" and "reportedly" and "claims" and "denies" we need to here. Nothing has been proven. Nothing has been admitted to other than Jerry Falwell issuing a statement that Becki Falwell committed a few sins with Giancarlo Granda, but that he wasn't into sitting in the corner watching. And Granda is denying that he tried to blackmail them. There. That ought to be all the disclaimer we need. Now let's dive into this.

Listen, I don't get the cuck thing any more than I think most men do. Why someone would rather take a passive role in his wife's sex life escapes me. But just because I don't understand it doesn't mean it doesn't exist. I mean, some guys who don't golf nevertheless watch golf. Some who don't cook still like cooking shows. There are probably more shows on about do-it-yourself home improvement projects than there are homeowners doing it themselves. So I supposed it shouldn't be hard to believe some men are more into their own do-it-yourself while some other guy does their spouse. 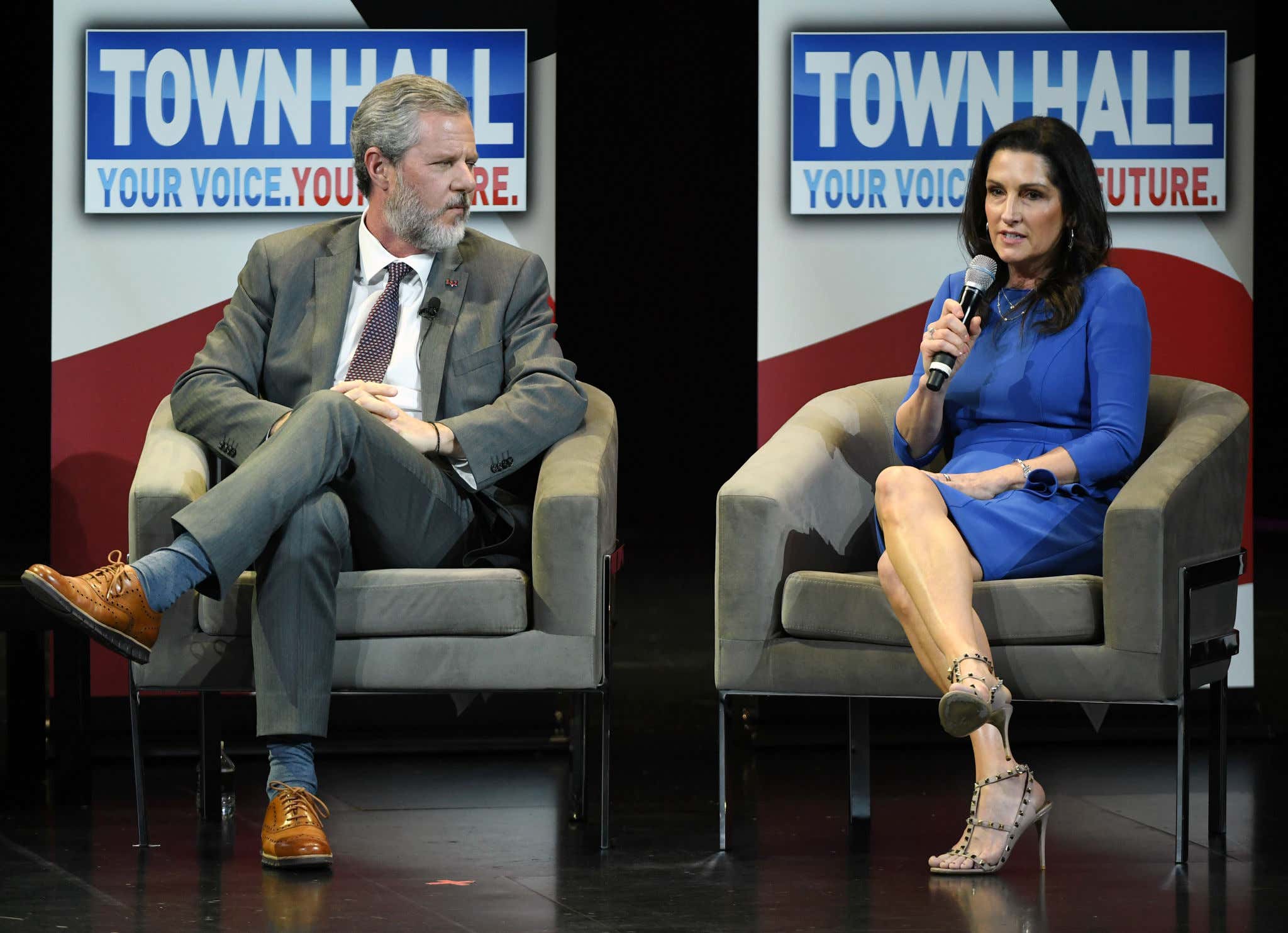 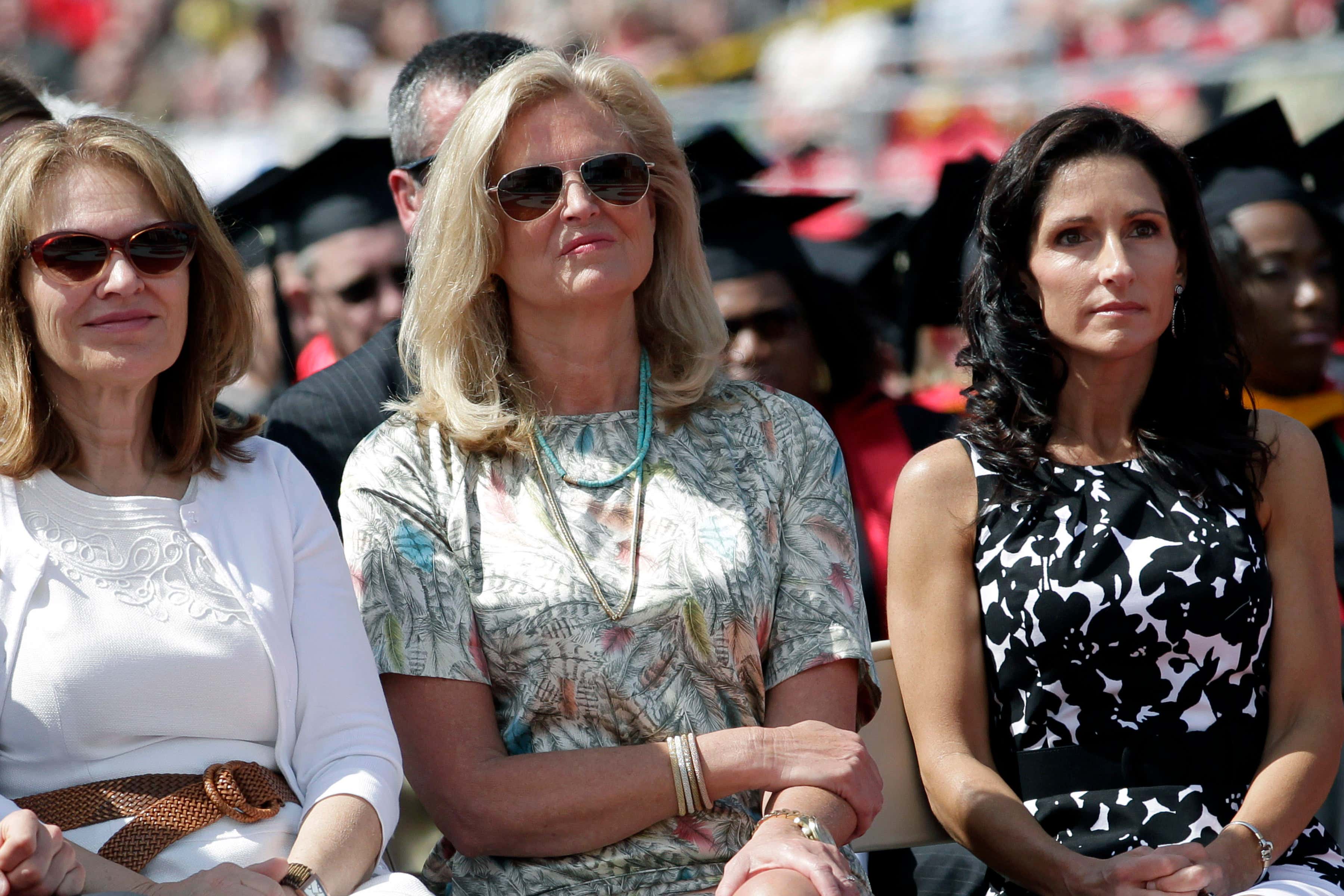 Now where that places the Falwells in regards to them being the spiritual leaders of thousands if not millions of people gets a little tricky. Christianity is all about forgiveness. But I think it's pretty unambiguous when it comes to a wife cheating on her husbands with a guy half his age while said husband sits in the corner wanking it. I'm no theologian so I can't say if that is specifically spelled out in the New Testament. But I'm pretty sure it's breaking at least 20% of the Ten Commandments. Sexy though it may sound in theory.

At the very least know Becki was getting some from a former pool boy turned business partner who is young enough to qualify her for Cougar status under the formula which states the guy has to be younger than half her age plus seven:

So good for her, I guess? I mean, it's not like influential people heavily involved in politics haven't used their power to satisfy their sexual appetites since Ancient Greece. And how many of them from both ends of a the political spectrum have done it while clutching a Bible and denouncing other people's moral inferiority. So what's the big deal if Becki's doing it too? With or without Jerry Jr. turning it into a spectator sport? Allegedly.

You do you, Becki. Even if your husband is doing him. People will tell you you should practice what you preach, but it sounds to me like you don't need the practice.