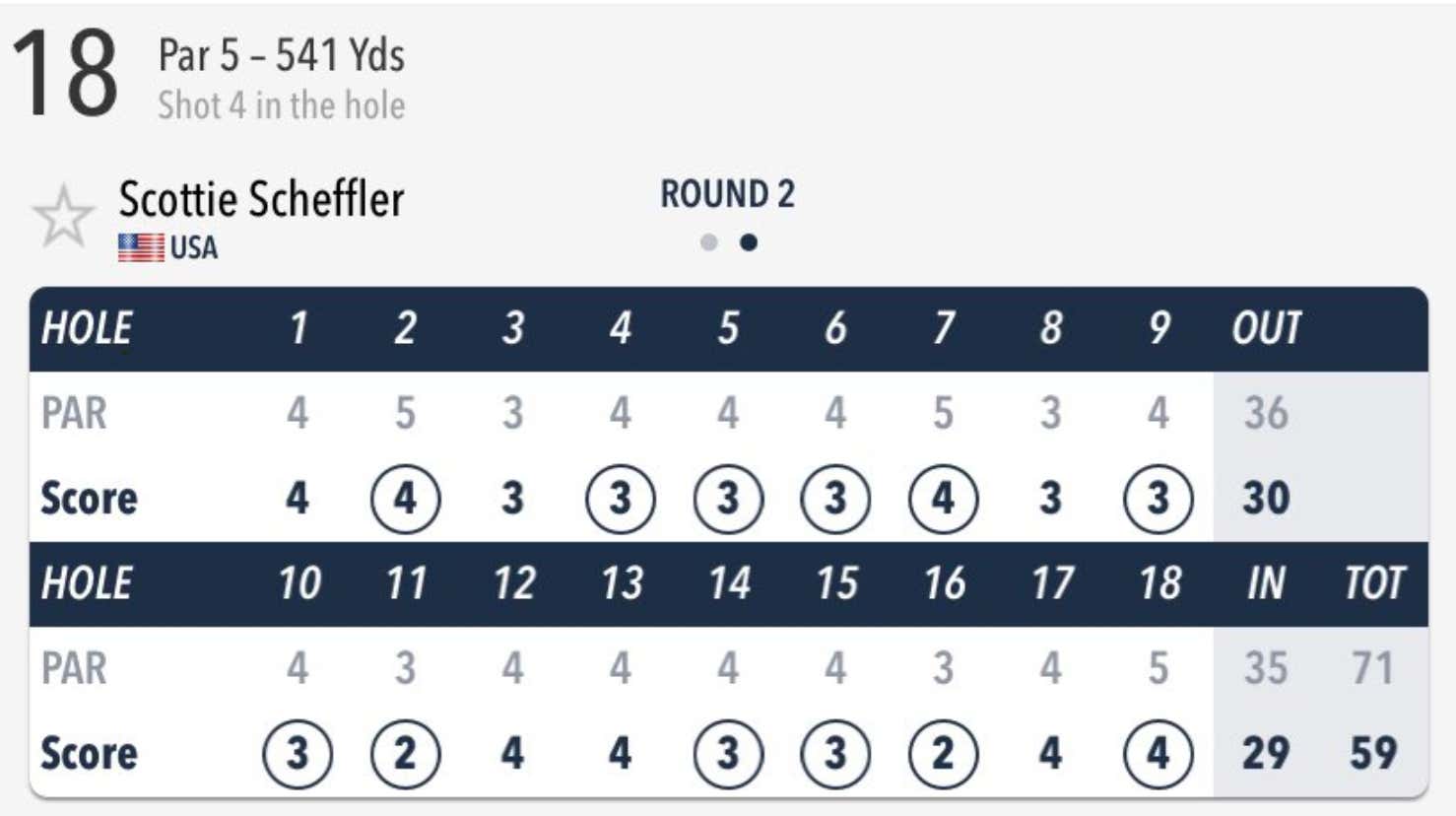 Scottie mother fucking Scheffler! What a stud this kid is (I'm 31 years old now so I can call a 24-year-old a kid). Scottie was near the top of the leaderboard at the PGA Championship a couple weeks ago and the kid just went SCORCHED EARTH at the Northern Trust and fired a 59. Good golly. What a round. People have been going super low today at TPC Boston but nobody is probably gonna go lower than Scottie.

Aside from the knuckle tip Kevin Kisner gave me that improved my iron play 3000%, whatever putting tip Scheffler's coach gave him last night will be the most sought after golf tip in the world. That tip has a goddamn 59 attached to it.

PS- It's cool that Jim Furyk shot a 58 but I don't like that we now have to say rounds of 59 (or better). It's just not as clean. Again, shout out to Furyk for being the only guy ever to shot 58, it just makes it more labor some when listing it out.