Luna prevailed in the crowded primary with 36 percent of the vote with all precincts reporting, according to The Associated Press.

The political newcomer defeated four other Republicans to win the nomination, including Amanda Makki, a lobbyist and former aide to Sen. Lisa Murkowski (R-Ala.).

Let's get this disclaimer right out of the way. I respect the hell out of Anna Paulina Luna's service in the U.S. Air Force, as I do anyone who sacrifices a part of their lives to serve in our armed forces. But I'm neither endorsing nor opposing her candidacy.  I have not looked into her positions, nor those of her opponent. So don't hold me accountable for anything either of them stand for, do or say. Are we clear on that? Ready to proceed? Good. Good. Moving on.

The guy who brought Ms. Luna to my attention points out that her candidacy is a long shot, as she's in a heavily Democratic district. But apparently the White House is still taking special interest.

I suppose there's no way of knowing exactly why. It could be her support of 2nd Amendment rights. 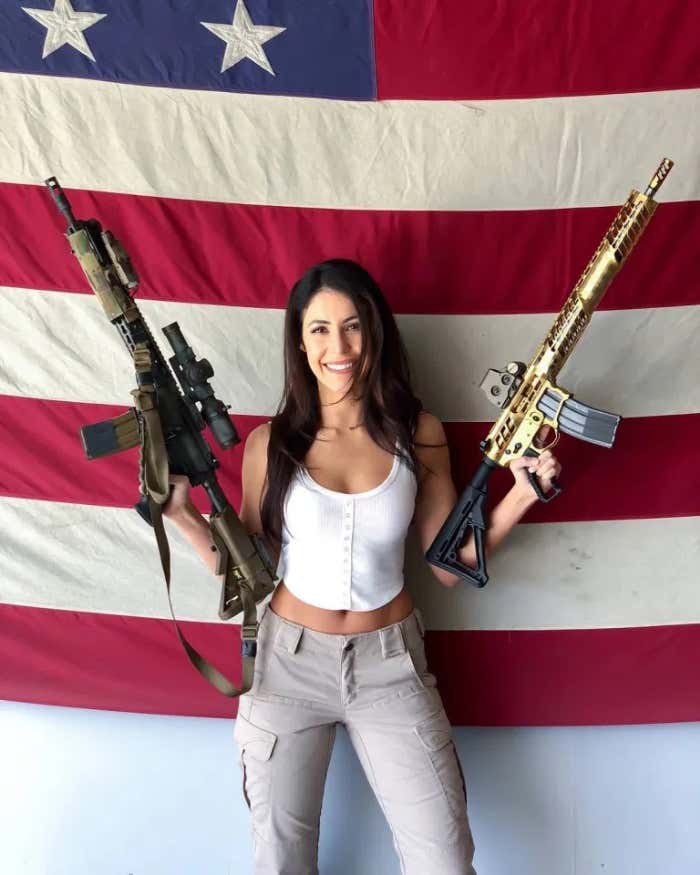 Or her love of the environment and being outdoors:

Maybe it's her support of the auto industry, which will help in some battleground states:

Or her stance on the War on Christmas:

Though perhaps it's just the way she promotes traditional American values.

Regardless of the reason or where your political views lie, it's obvious Anna Paulina Luna has drawn the attention of the First Family. It'll be interesting to see where her political career goes from here. Politics are pretty toxic right now. But a lot of lot of people will be watching her career with interest.