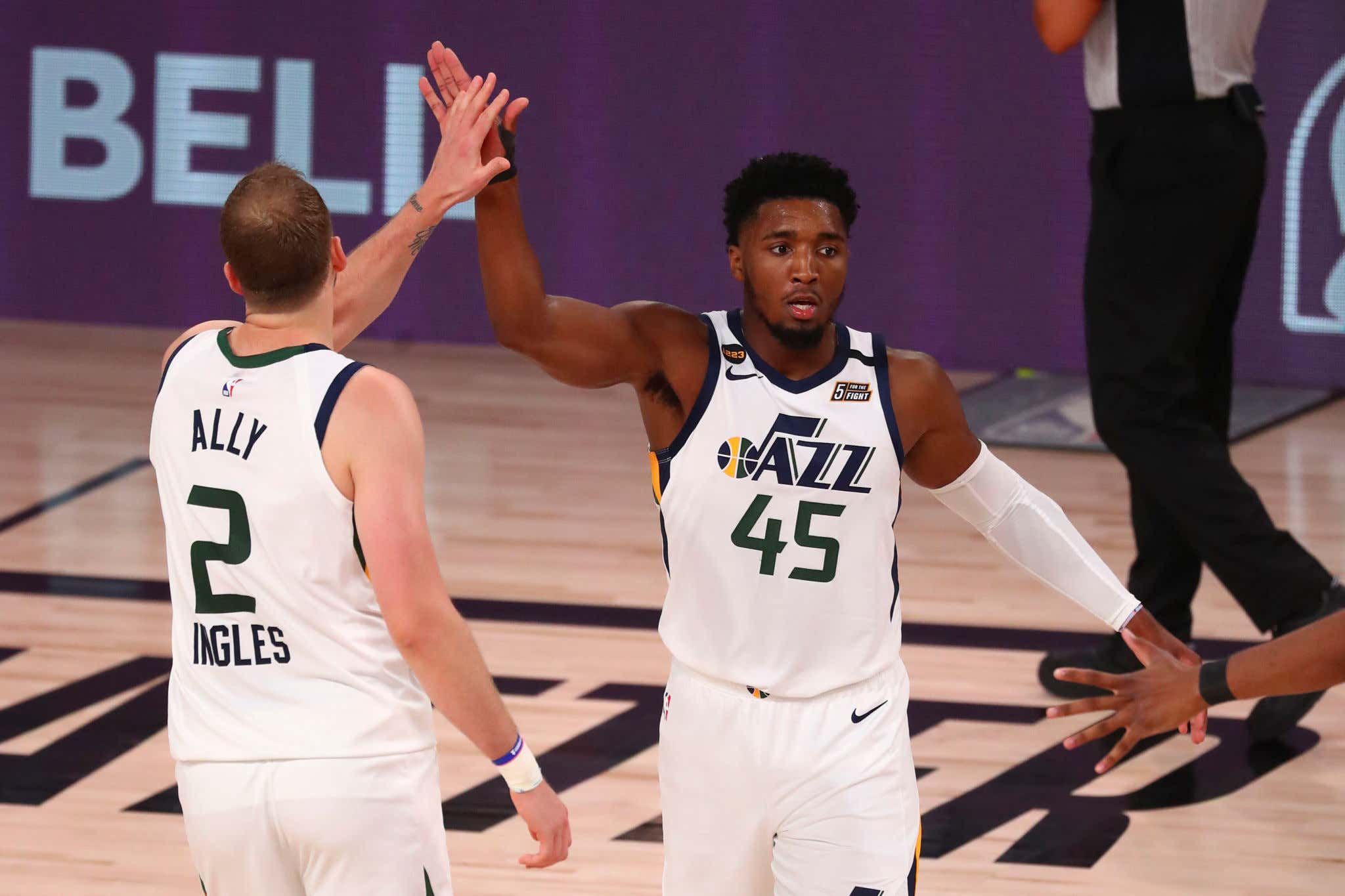 Is it me or has this been the longest week ever? I feel like the playoffs started no fewer than two weeks ago yet here we are only on Day 5. It's only the start of Game 3s in the first round! Cherish all the basketball that we still have left. Today's slate is a day of momentum shifts for the most part, some teams are holding on for dear life and could really use a win to keep their hopes and dreams alive. Others are looking to swing the momentum in their favor and take control of their series. My guess is we're going to see a level of intensity we haven't yet had in the bubble, and I for one am very excited. So to get you ready, let's talk about where each series stands heading into today's action

I feel for the Nets, I really do. They entered the bubble missing all their good players and played surprisingly well. They play hard as shit and compete no matter who is on the floor. But would it surprise anyone if we were looking at a sweep? The biggest issue for them is Caris LeVert has had a BRUTAL series. I mean big time brutal. In the two games so far he's shooting 27.8/0% from the floor. That is not a typo. He's 0-6 from three for the series and while he's done a nice job as a facilitator, the Nets need him to be an elite scorer for them to have a chance in this series. It should also be mentioned that BKN will be without Joe Harris who had to leave the bubble so things are really tough for the Nets right now.

On the Raptors side, the focus should still be getting Siakam back to his All Star form, he's shooting just 37/37% in the series. What has been impressive though is their commitment to the defensive end. It's starting to look more and more like the team we saw all year, and not the one that got demolished by the Celts earlier in the bubble. They do have the third best net rating of any playoff team and honestly their focus should be locking up this series quick and getting as much rest as possible so they are ready for whoever they face in Round 2. I'd also like to see a bounce back game from Kyle Lowry, he hasn't been all that efficient so far at just 35/37%, and that's important because you can't assume that Fred VanVleet is going to shoot 51/52% for an entire playoff run.

I don't know what to make of this series through two games. The Nuggets survived that insane Donovan Mitchell opener and looked pretty damn good doing it and you weren't crazy if you thought they had too much firepower for the Jazz to handle. But then Game 2 happened, Mitchell was once again insane, and suddenly the Jazz had life. We've seen no sign that the Nuggets perimeter defenders can do anything to limit Donovan Mitchell and for that matter Jordan Clarkson either. You can't be getting carved up by Clarkson in a playoff game. You just can't. It'll be interesting to see how this team looks with Mike Conley back, in theory you would think that would help but he wasn't exactly the Mike Conley you remember while in Utah. But against a Nuggets defense that looks pretty terrible, it doesn't hurt to have another playmaker out there.

We know Will Barton is out, Gary Harris is out too I believe it's imperative that Paul Millsap shows up. It's been a tough series for him so far, he's averaging just 6 points a game on 33/25% splits and has basically been a non factor in that starting lineup. Guys like MPJ are flourishing which is great, but to beat the Jazz they need all their pieces. If they have another game where they in no way defend the perimeter and the Jazz hit everything (20-44 from deep last game), the Nuggets could find themselves in trouble.

Alright, are the Sixers going to show us that they actually do have a spine? Is there any pride on that roster? This is the game to show it. A win today gives them some life, but if they get down 0-3 we may as well declare the series over. How many times can you get embarrassed by the same team on national television before you do something about it? Will Tobias Harris and Al Horford give this team anything that resembles good basketball production? Can Joel Embiid not blow his load for the third straight game in the first quarter and actually show up in the second half? Will this "elite" defense actually resemble anything close to a team that knows what the hell they are doing on that end? My guess is they'll stick with the same adjustment from Game 2 and start Thybulle, but he didn't exactly do shit to slow down Tatum. That has to change.

On the Celts side, you need to come out and step on the Sixers throat. You need to break their spirit once and for all. To me, that's what the elite teams do. They have a chance to go up 3-0 and they don't blow it. You have to assume the bench won't be as solid as it was in Game 2, so it's imperative that they get off to a better start this time around. None of that down 25-11 bullshit in the first few minutes. I'm looking to see if this team can keep their mental focus and bring the right type of energy for a full 48, or if they are going to be assholes and blow this opportunity. This is a team that has the #1 net rating in the playoffs and #2 ranked offense, but the key to their success always starts on the defensive end. If they defend at a high level today we should see them snag that 3-0 lead.

This series fascinates me. On one side you have Mavs fans who feel pretty confident they should be up 2-0 if not for getting boned by the refs in Game 1. Their performance in Game 2 was huge, but here's their chance to really put the pressure on the Clippers. That's a team that feels like it's on the brink of swinging in either direction. If the Clippers lose this game and Paul George struggles, I really think the Mavs will be able to pull the series out. What makes this game so awesome is both teams are going to be looking to throw that knockout punch to reassert themselves. We all just assumed the Clippers would be dominant because of the names on their roster despite not really playing together this year, and so far in the bubble that hasn't happened. Who knows if Pat Beverley is in the lineup today, and we haven't really seen the Clippers show they know how to handle Luka or Porzingis.

If we're going to be honest, the Clippers have been flat out terrible this series. Just the 8th best offense, 10th best defense and an overall -3.4 net rating. That's a recipe for an upset if you ask me. Kawhi can only do so much, they need Paul George to fill that second star role and so far he's shooting just 35/28%. It's not like the Mavs have a lockdown defense either, he's just been terrible. On the flip side, this sort of feels like Luka's coming out party right? This feels like the game he comes out and drops like 35/12/14, wins Game 3 and we officially have chaos in this series. I think that's what I'm leaning towards because I want this thing to go 7.

Only a few more hours to go until the first game tips and we have another awesome day of playoff basketball. I don't know about you guys but I'm not addicted to this schedule. Nothing like 10 hours of playoff basketball and it's even better being on a Friday. Let's have ourselves a day.