What a simple time this was, an Orioles fan could turn on the TV and there was exactly a 87.9% chance Chris Davis would knock the snot out of a baseball. It was the best. 53 bombs, a career high and a franchise high for Davis, good for 3rd in MVP voting on the season too. Now we're lucky if he makes contact with a pitch. You know the deal, since signing his deal before the 2016 season he's been by far the worst player in baseball. He's basically benched now, and has most recently been used as a defensive replacement late in games. Not great for a guy with a $161 million deal. At least all those homers in 2012, 2013, and 2015 were fun right? 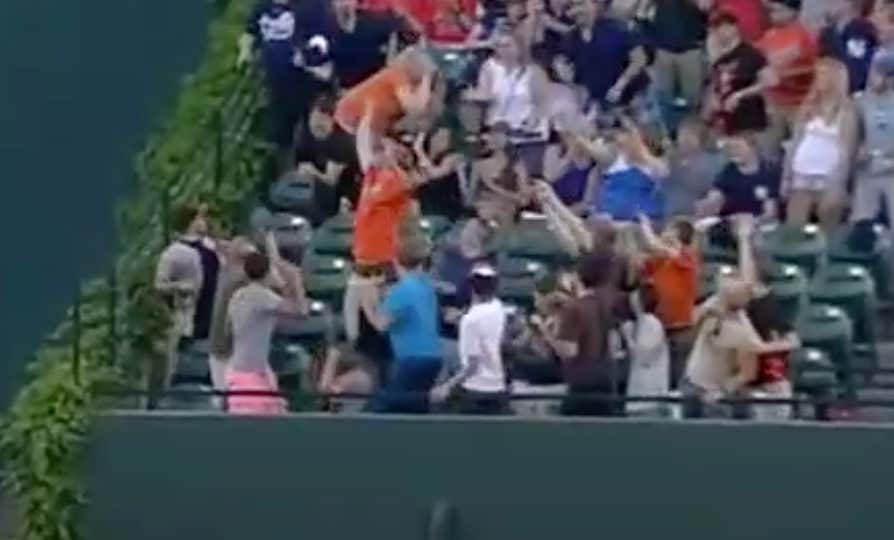 PS. That's me in the white shirt front row. Closest I've ever come to a Davis dong. Guy in the black shirt top left caught it, was hoping it would bounce back to me. Swore I thought this thing was gonna land right in my lap.