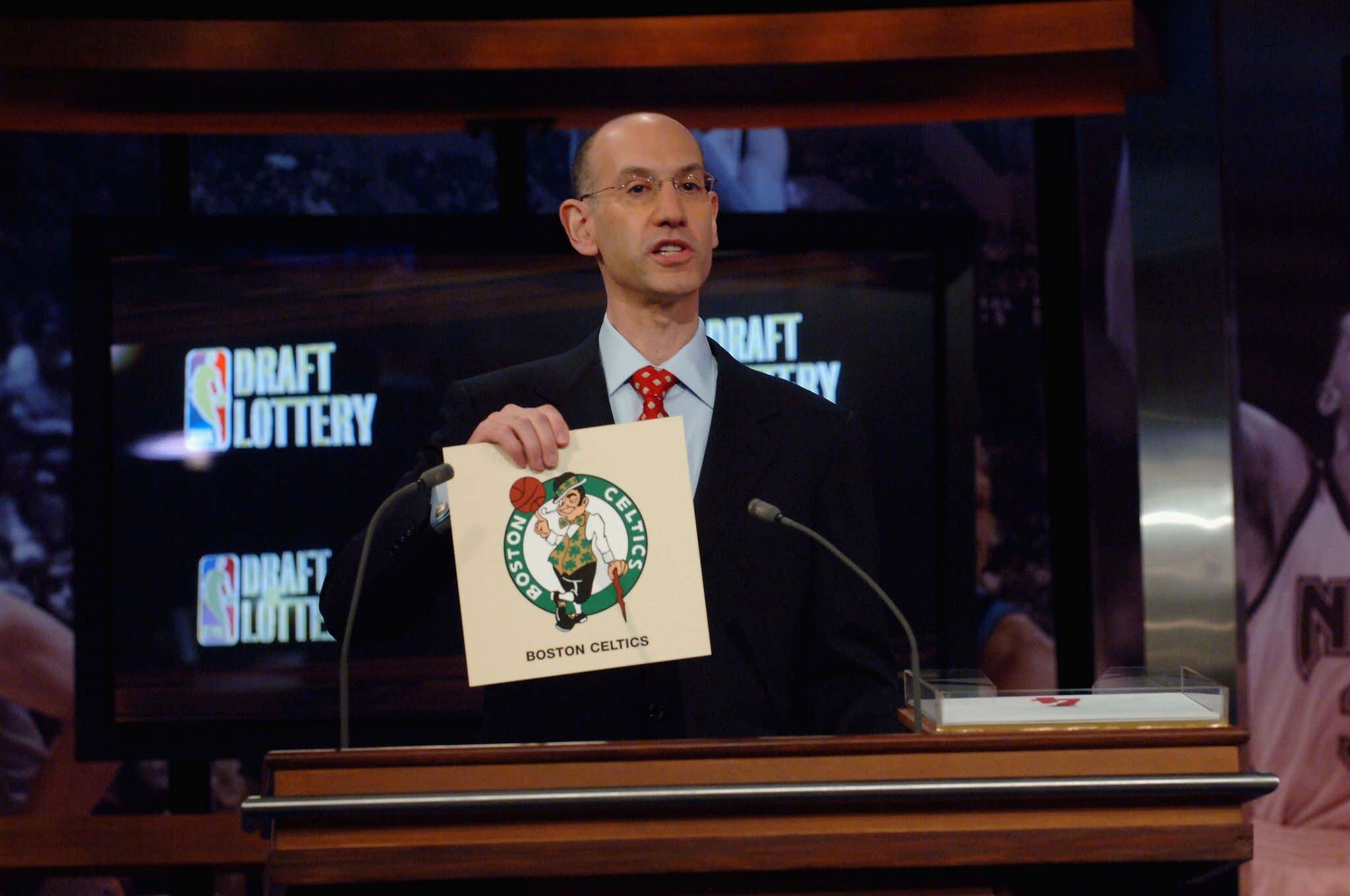 For years I always dreaded Lottery Day. Every year the Celts were bad and we all had hopes of the #1 pick the Basketball Gods kept kicking this team square in the dick. In fact, before snagging the #1 pick in Tatum's draft, the Celts had never had it before in the Lottery era. I used to go into the Lottery hoping for the best but knowing deep down it was going to bring nothing but pain. Fast forward a few years and things for the most part have worked out. Ainge has done a great job with his drafts when it comes to high lottery talent and as fans we've been able to enjoy a competitive team while also having lottery picks. That's not something you see every day.

Which brings us to tonight's festivities. Once again we have a rooting interest in how things shake out, but essentially we're playing with house money when it comes to the Grizzlies pick. All of the scenarios can get confusing, so here's a breakdown of what is on the line tonight:

- The Grizzlies have a 0.4% chance to win the lottery. That shit ain't happening.

- The only spots the Grizzlies can jump to are 1-4. If they don't the pick becomes 14 which is then sent to Boston. This would give them 14, 26, 30, and 47 in the draft. I cannot imagine those picks stay in Ainge's possession, there are no roster spots.

- If Grizzlies get into the top 4, they keep the pick and send an unprotected 2021 pick to the Celts.

Think of it like this. Either the Grizzlies get into top 4 or the Celts are picking 14th.

Now there are two ways to look at this, both of which I would be fine with. If the pick becomes a 2021 unprotected pick, that's obviously the scenario with the highest value. Unknown unprotected picks are always more valuable. Here's the thing about the West, nobody knows how things will shake out next year. Remember, the Warriors will be a thing again, the Suns look like they are poised to compete, the Blazers will be better since they should be healthy, the list goes on and on. There's a chance the Grizzlies could add a high end lottery talent and still miss the playoffs. I bet there's a team that wins 45+ games that doesn't make the playoffs next year. You also can't predict what might happen in terms of a team taking a leap. Remember when we all thought that was going to be the Kings this year? The West is a motherfucker and will be next year as well.

If the pick does convey at 14 this year, I don't hate that either. I certainly don't claim to be a draft expert, but if you listen to the people that are you'll see that while this draft may not have a consensus group of studs, it is supposed to be relatively deep when it comes to starter level role players. At 14 all I'm interested in is adding some bench shooting, and there are chances guys like Saddiq Bey are available around that pick. I'm also not ruling out Ainge packaging picks in an effort to move up a few slots if there's a shooter he really wants. That way we don't have a Tyler Herro 2.0 situation on our hands. I'd be over the moon if they brought in Aaron Nesmith or Saddiq Bey with that lottery pick. If you haven't seen much of either guy, catch up here

This is what I mean when I say the Celts are playing with house money. We're not talking about needing this pick to fill a major hole within their starting lineup. This is all about adding depth, something we can all agree the Celts need more of moving forward. That's why I'm not stressing at all with how the Lottery shakes out which I'll admit is a weird feeling. If the pick moves to 2021, cool. If they end up getting a late lottery pick this year, cool.

I know Ainge to this day gets a lot of shit for his drafts, but I never really understand it. He has misses just like anyone else, he's not perfect, but he's been on a roll as of late. Smart, Jaylen, Tatum were obviously hits. Romeo is already a rotation caliber defender and has all the potential in the world. Guys like James Young (sigh), Yabu, etc weren't. Once you get into the 20s it's a crapshoot and we just saw Grant Williams make a difference in a playoff game. My point is, I trust Ainge when it comes to picking guys in the Lottery so really there's no downside to whatever happens tonight.

It feels crazy to finally be at the end of the road when it comes to tracking picks and caring about the Lottery but we're finally here. It just feels great that I can enjoy whatever happens tonight and not have to stress. I have enough of that in my life with Hayward out for a month. It'll be nice to have an easy night where no matter what happens, everything comes up Ainge.