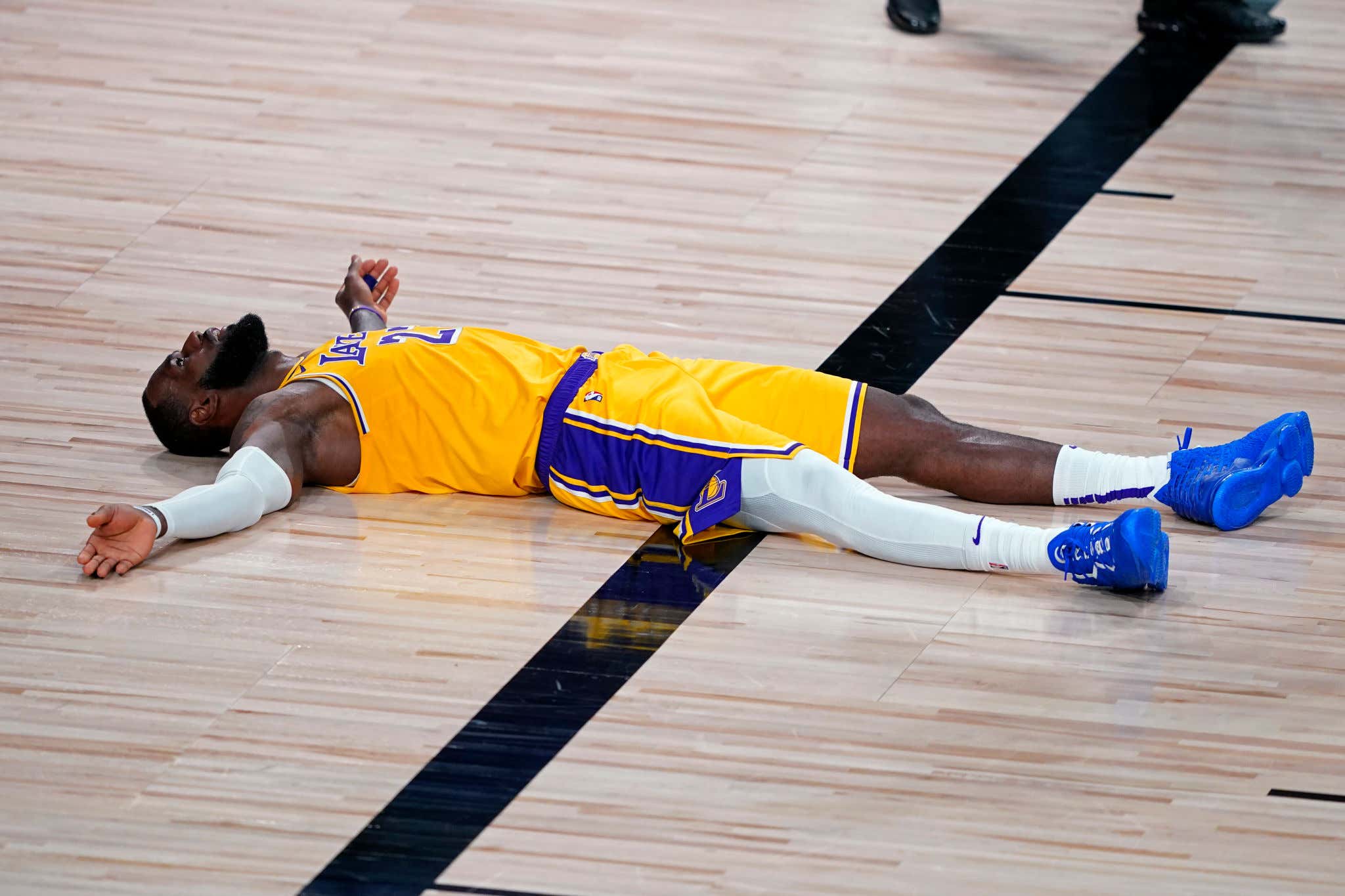 Yesterday's slate of Game 2s were mostly blowouts but today has the potential to give us the drama we're all used to seeing in the bubble. Big time pressure on both the Bucks and Lakers to right the ship after their embarrassing Game 1 losses. I cannot imagine a world where both of those Finals favorites are down 0-2 in the first round. That would be a level of chaos I didn't even know existed but you bet your ass I'm rooting for it. We're in store for what should be another fantastic day of basketball, so let's get you ready for everything coming your way

Who doesn't enjoy a nice little Jimmy Butler vs TJ Warren battle? I feel like every single matchup between these two has lived up to the hype. The biggest thing is for them to figure out how to prevent these offensive lulls. Oladipo is active for today so that's good, but one thing you can't ignore is how the offense stalled in the first meeting. Things were close until he went out, then the Pacers scored only 19 points in the second quarter and things got a little out of hand. When the game entered the fourth quarter and was close, the Pacers just didn't have anything left. I'm really interested to see how the Pacers get Myles Turner going, he had all sorts of problems with Bam in the first meeting and 4-11 is flat out not going to cut it. He needs to be that efficient third guy so that there isn't so much pressure on TJ Warren offensively.

On the MIA side, winning Game 1 despite getting 3-13 from deep from Robinson and Herro was huge. You can't really rely on Jimmy Butler making two huge fourth quarter threes, so chances are we see the Heat sharpshooters get back to making it rain. I'm also not sure the Pacers have a defender that can hang with Goran Dragic so that's concerning. Remember, Kendrick Nunn didn't even play in this game! The Heat have a prime opportunity to mentally break this Pacers team and you know Jimmy Butler is ready to do just that.

I'm really interested in this matchup because I want to see how much of a fluke Game 1 was, or if this is just a disaster matchup for the Thunder even without Westbrook active. A quick search tells me he won't be playing in this game either so take that information into account. A huge part of Game 1 was the fact that pretty much every Rocket that touched the floor was automatic from deep. I'm not sure you can bank on getting 38 points on efficient shooting from Jeff Green and Ben McLemore, but I also don't expect Austin Rivers to be a no show again like he as in the first meeting. The size of the Thunder didn't really have an impact which was a huge question heading in, and as we know when it comes to the Rockets it all comes down to their three point shooting. If they make 20 3PM again, there's probably nothing the Thunder can do. You just have to pray for an off night or something because as we're seeing, math is a real bitch.

For OKC, their huge strength was in their three headed monster at the guard position. In Game 1, they stunk. Can't say I saw that coming considering the Rockets aren't all that good defensively. They have to find a way to get both SGA and Schroder going or it's going to be the same old story. Lu Dort is listed as questionable so that'll be something to monitor, they really need his defense to throw at James Harden. He may not shut him down, but he's a big body that can only help.

The Thunder also need something from their bench this time around. Schroder is one thing, but the secondary guys need to be effective in their 15-20 minutes. It was also a little shocking to see the Thunder defense give up 40 and 36 points in back to back quarters, so I would imagine their defense is back to normal for Game 2. If not, this could be a quick series.

Alright so what version of the Magic are we going to get? They have a history of winning Game 1s only to immediately play like shit and promptly lose the series. At the same time, they MANHANDLED the Bucks in their first game. A wire to wire beatdown. My head says there's no way they can repeat that performance but my heart says this is the bubble and weird shit happens in the bubble. It's not like what the Magic did was all that outrageous. Vucevic dropping 35 isn't a fluke, he does that shit all the time. terrance Ross lighting it up coming off the bench is how he makes his living. From what I can see Aaron Gordon is still questionable, so he could bring an interesting dynamic as well. In theory, being able to duplicate their Game 1 effort shouldn't be ruled out.

On the Bucks side, look, everyone knows you'll probably win the series. But at the same time they've looked pretty terrible in the bubble and they need a game to come out and reassert their dominance. Khris Middleton and Brook Lopez have to be a factor. Giannis is going to get his because he always does, but when you're talking about MIL it always comes down to the other guys. Can they step up and actually knock down shots. I also don't expect their historic defense to be as much of a disaster as it was in Game 1. Their loss had the classic look of a heavy favorite that probably thought all they had to do was show up and they'd win. Well they got punched in the mouth and embarrassed for the world to see, so I imagine they approach Game 2 with a much better mindset.

First and foremost, everyone say a prayer for LeBron because we all know how hard it is for him to win basketball games with no fans in attendance. It was legit laugh out loud funny how that narrative was suddenly pushed out once the Lakers lost. That and that apparently now LeBron has no help. Too funny. When you look at this 1 vs 8 matchup compared to what we have in the East, I think most people believe the Blazers are the only ones who really have a chance to win their series. The good news for the Lakers is chances are their shooting percentages will come back to normal. They may not be good shooters, but they aren't as poor as what we saw in Game 1. Shooting like 15% from three isn't the norm. They're going to have to get a MUCH more dominant AD than the first meeting, but what we're seeing is that the size of the Blazers is making his life hard. He needs to destroy Wenyen Gabriel. If the Lakers can knock a couple down early to help calm their nerves there's no reason why they shouldn't win this game. Like the Bucks they got a wake up call in Game 1, so now we'll see how they respond.

For the Blazers, just keep doing what you're doing. Ride that momentum wave like you read about. It's clear the Lakers do not have the perimeter defenders to stay with either Dame or CJ, but remember the Blazers only shot 39/38% in this game as well. That's not all that great either and you can't assume they are going to struggle like that offensively two games in a row. The same way I wouldn't bank on them holding the Lakers to under 100, I wouldn't bank on them only scoring 100 either. They showed the ability to handle the Lakers trap well which is important because if that doesn't work well what the fuck do the Lakers do defensively? It's imperative that the Blazers once again get off to a good start because when you're going up against two top 5 players, digging an early hole becomes that much harder. The Blazers defense isn't good enough to be playing from behind.

This is their chance to really put the Lakers on the ropes. Getting Dame a 2-0 lead would be massive and will only put more doubt in the minds of the Lakers. I'll warn you though, Tony Brothers is doing the game tonight, so the fix might be in.